Iran lawmakers are making a new attempt to get control of social networks, which are widely used despite efforts to block them. Twitter is one of the targets — even though it is a medium used by the government. 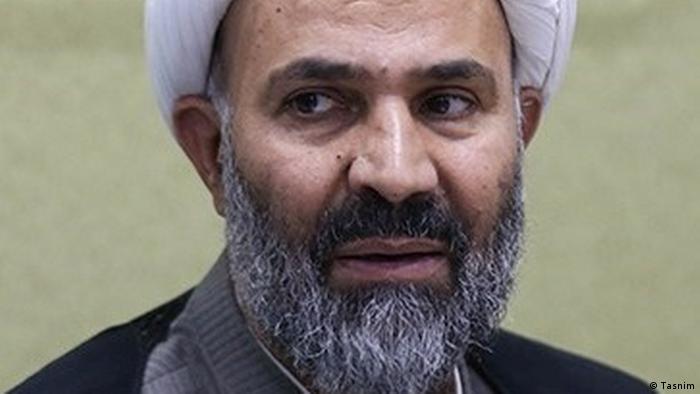 Convinced that neither the government nor parliament make sufficient effort to regulats social media, the legislator Nasrollah Pejmanfar (pictured) has initiated a draft law for the internet. The deputy is the chairman of Article 90 Commission, a constitutional body to hear complaints against the executive and legislative branches of Iran's government.

Officially, all social media platforms in Iran are blocked, though not (yet) banned. However, according to a recent study by the Information and Communication Technology Ministry, more than half of Iran's 82 million inhabitants have accounts with at least one of the theoretically blocked social networks. The regime analyzes citizens' activities on social media to get a feeling for the mood as well as an overview of political activity.

Pejmanfar has told media that the military should take control of all internet activities in Iran — "for the protection of citizens, like all over the world." Anonymity on the internet would be a thing of the past as the military would determine users' identities and monitor them.

"Iran's security authorities have been trying to get control of the internet for 20 years," Amir Rashidi, who researches cybersecurity and digital rights in Iran, told DW. Rashidi, who is based in New York, said the proposed law would use the military to that end. "There are also rumors that Iran is looking for help from Russia and China," he said. "If the bill is passed, Iran would be the first country where the internet is controlled by the military."

Read more: Fighting for freedom of expression in Iran

Pejmanfar is keen to see access to Twitter prohibited, with the military responsible for the implementation and details of a ban — which also means the exceptions. The influential lawmaker has a Twitter account he uses regularly, just like almost all high-ranking politicians in the country, from President Hassan Rouhani and Foreign Minister Mohammed Javad Zarif to the country's spiritual leader Ayatollah Ali Khameni, who tweets on four official accounts, in English, Arabic, French and Persian.

Of course, Twitter is just as indispensable to Iranian media, journalists and activists. It is where important political and social debates are held and campaigns are launched, including recently for the release of Navid Afkari, a possibly innocent wrestler who has been sentenced to death. The judiciary responded to that campaign via Twitter. The fact that the judiciary would feel compelled to react on a platform officially blocked and only accessible via VPN bypass software services shows the enormous importance Twitter has in Iran, Amir Rashidi said.

Pejmanfar also proposes criminalizing the use of virtual private networks and data tunnels that allow access to prohibited sites in order to protect Iranian users from "manipulation and false information." The politician is well aware that many Iranian journalists who have lost their jobs after running afoul of security authorities publish their information on social networks — particularly on Twitter.

Well-known for his reports on widespread corruption in Iran, the investigative business journalist Mohammad Mosaed was awarded the 2020 DW Freedom of Speech Award in May. Two months later, he was one of four reporters to be honored with the the US-based Committee to Protect Journalists (CPJ) honored with the 2020 International Press Freedom Award. On September 2, the journalist announced on Twitter that he had been sentenced to four years and nine months in prison for his work. He was banned from working for two years; his equipment was confiscated. In explaining the verdict, the judge claimed that Mosaed had engaged in the "manipulation" of people who lacked judgment.