Fearful, persistent: Fighting for freedom of expression in Iran

Whether on their phones, on the streets or in the courtroom, Iranians are trying to push back against tightening restrictions on their freedom of expression, though there are mixed views as to if they will succeed. 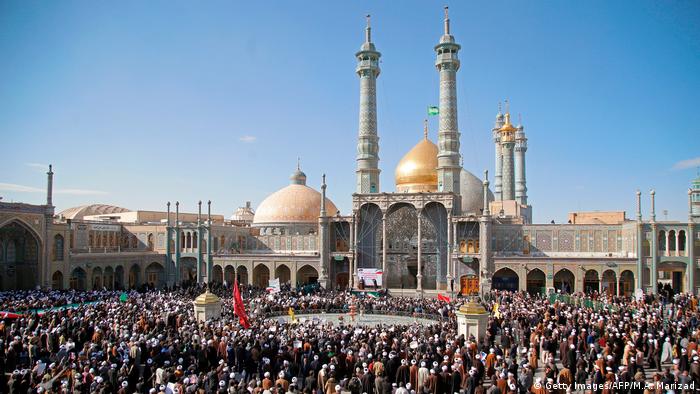 A soft-spoken Iranian academic and author, Sadegh Zibakalam, was the DW Freedom of Speech Award recipient in 2018. A few months before he stood on the stage at the Global Media Forum in Bonn, Zibakalam was arrested after he gave an interview to DW's Persian service. In it he disagreed with a government statement regarding recent protests in the country.

"I think my crime is that during an interview with Deutsche Welle I gave a political opinion which was contrary to the government's opinion," said Zibakalam. "When the government says that the unrest was ordered by enemies of the Islamic Republic of Iran, the government expects that everyone follows suit and repeats that opinion."

From late December 2017 until January 2018, tens of thousands of Iranians took to the streets to protest Tehran's economic policies, including a recent cut to fuel subsidies and an increase of funding for religious foundations. The government responded by arresting protestors and shutting down the internet.

Zibakalam stated that he understood those on the streets and that the protests were driven by frustration within the country.

"I said that it was organized by the Iranian people. It wasn't influenced by anyone outside Iran. No foreign power had any hand in it," Zibakalam later told DW in an interview.

For Zibakalam, a well-known political pundit in Iran, he was merely expressing his interpretation of the situation on the ground, something that should not warrant an arrest. 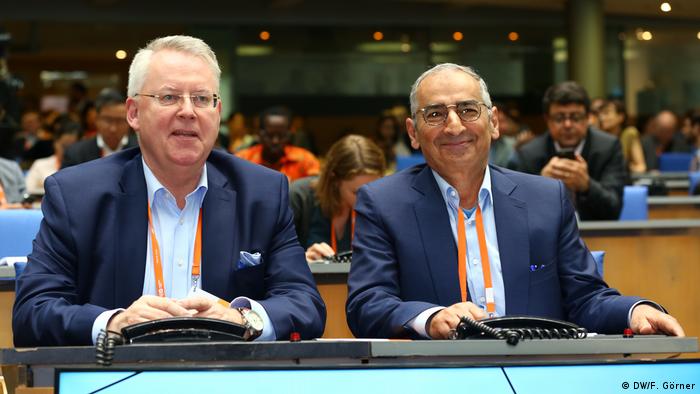 "I haven't suffered a lot for exercising my right to freedom of speech. But there are people who have paid a much higher price," he added.

DW Director General Peter Limbourg, who presented Zibakalam with the award, stated that one goal of DW is to reach audiences who live in countries with limited freedom of speech, even when governments work to stop this information from reaching the people.

"The award aims to encourage civil society in Iran while at the same time criticizing the government for its decision to persecute Zibakalam for stating his opinion," said Limbourg.

Even when they are not out on the streets protesting or being interviewed by a reporter, Iranians are facing increasing danger merely for stating an opinion. According to Raha Bahreini, Iran researcher at Amnesty International, the space for freedom of expression, association and peaceful assembly has gotten much narrower in recent years and an increasing number of Iranians are being arrested.

"There are hundreds of people who have been imprisoned unjustly because they have simply exercised their right to freedom of expression," said Bahreini. "These include peaceful political dissidents, journalists, online media workers, students, filmmakers, musicians, and human rights defenders."

In order to prevent the spread of information and to better monitor the populace, Iranian authorities have put greater restrictions on the internet (Facebook, Twitter and YouTube are already blocked). The one social media site that remains accessible is Instagram. Even President Hassan Rouhani has an account where he regularly posts photos for his 2.2 million followers. 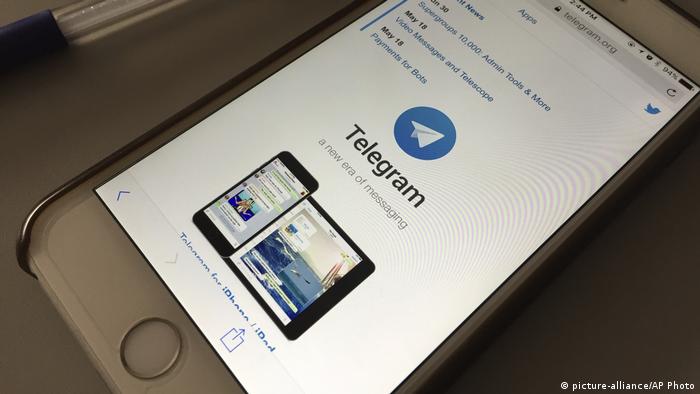 The government even blocked Telegram, the most popular messaging app in Iran used by an estimated 50 million people. People are still chatting on Telegram but can only do so through the use of other apps that mask what apps they are using on their phone. However, even a simple comment on one of these sites can get a person arrested.

Human rights defenders have been victim to some of the harshest sentences handed out by the Iranian regime merely for doing their job. On March 11, 2019, Iranian human rights lawyer Nasrin Soutoudeh, was sentenced to an additional 10 years in jail, bringing her total time to be spent behind bars to 38 years including 148 lashes.

Soutoudeh is a celebrated human rights activists who is best known for having taken on the cases of several women arrested for appearing in public without headscarves in protest at the mandatory dress code in Iran and of minors on death row. Her work led to her receiving the 2012 Sakharov Prize for Freedom of Thought given out by the European Union. At the time of the award, she was imprisoned as the result of a previous crackdown on human rights defenders.

The severity of the latest sentence led to condemnations of the court's decision by leading human rights organizations. Javaid Rehman, the United Nations' top expert on human rights in Iran, called the sentence "deeply concerning."

It’s shameful for Iran’s judicial system to issue such a heavy sentence against a human rights activist. This verdict shows that making statements in our country comes with such a high price. This sentence is unjust, illogical and unusual," wrote the Center for Human Rights in Iran in a statement.

Research by Amnesty International has shown that it is no longer just human rights defenders who are being rounded up by the authorities. Increasingly journalists, members of civil society and even people on the street are being arrested and sometimes sentenced to long prison sentences.

Bahreini has found that even simple activities such as giving media interviews, reporting on human rights abuses, connecting the families of political prisoners or writing letters of solidarity have been used as evidence of national security offenses.

"Consequently after very unfair trials, authorities have imposed heavy prison terms like 10 years, 15 years and even 20 years," she said.

The main issue with national security offenses is that the laws that they are based on are vague, giving the authorities broad authority to bring charges. The crimes most often prosecuted under national security laws include spreading propaganda, insulting the supreme leader or insulting Islamic sanctities. Related arrests are predicted to continue, perhaps even get worse, with elections approaching in 2021. 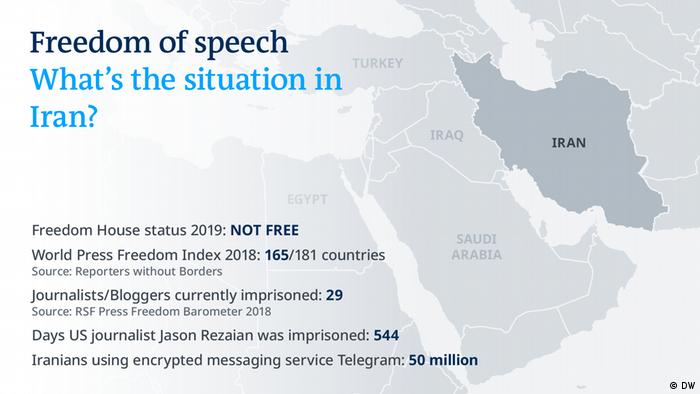 "They [national security laws] are so vague that any peaceful exercise of the right to freedom of expression can also be interpreted by the Iranian authorities to repress those who criticize them," said Bahreini.

One of those who was arrested was Washington Post reporter Jason Rezaian, a dual Iranian and American citizen.  After working in the country for five years, he was arrested in 2014 while working as a correspondent for the Post in Tehran and was jailed for 544 days. His book Prisoner: My 544 Days in an Iranian Prison — Solitary Confinement, a Sham Trial, High-Stakes Diplomacy and the Extraordinary Efforts It Took to Get Me Out, chronicled his ordeal.

Rezaian believes that he was arrested as part of a power struggle between reformers looking to open more to the West and the more insular forces who at the time were trying to halt the negotiations over the Iran nuclear deal. He admits that his situation as an international reporter set him apart from domestic journalists, but the threats and the expectations not to cover certain events or risk arrests were universal.

Unlike Bahreini who sees no light on the horizon for free expression and a free media in Iran, Rezaian considers himself an optimist. While he sees no change to the ongoing crackdown in Iran in the coming months or years, he believes that change will ultimately come.

"I think that Iranians will have their day of reckoning and that at some point they will live in a society where they are free to express themselves without fear of reprisal from a government that can't handle the truth being shared," he said.

Demonstrators have protested against DW honoring Iranian political scientist Sadegh Zibakalam with its "Freedom of Speech Award," arguing that he is too close to the regime. Zibakalam rejects that allegation. (18.05.2018)

Violent protests in a city in southern Iran have once again showed the growing public discontent with the way the Middle Eastern country is governed. Observers anticipate more anti-regime demonstrations. (17.05.2018)

40 years ago, the revolutionaries led by Ayatollah Khomeini seized power in Iran. Anger against the Western-backed Shah regime helped Khomeini establish his hardline Islamic system, which still dominates the country. (11.02.2019)