Reporter Jason Rezaian was about to travel home to the United States when he was detained in Iran in 2014, accused of being a spy. His memoir of his year and a half in prison was published by HarperCollins in January. 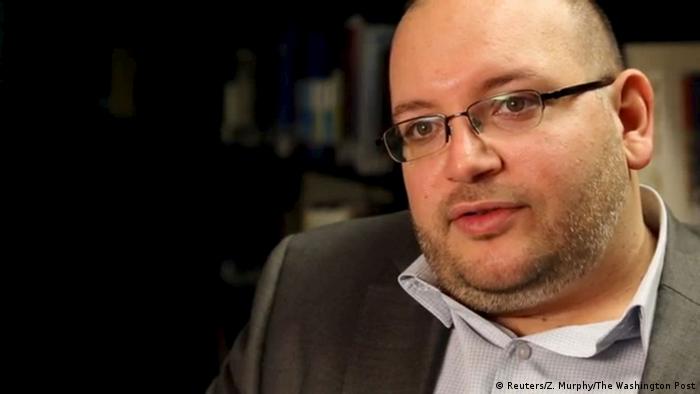 Jason Rezaian is an American journalist who writes for The Washington Post. In 2014, while he was working as a correspondent for the Post in Tehran, he was detained and jailed for 544 days. His book, Prisoner: My 544 Days in an Iranian Prison — Solitary Confinement, a Sham Trial, High-Stakes Diplomacy and the Extraordinary Efforts It Took to Get Me Out, has been published by HarperCollins.

DW: Before you were detained, you worked as a journalist in Iran. How did you find that experience? And were there certain limitations as to what you could or could not do?

Jason Rezaian: There were certainly limitations as to the work that journalists can do in Iran. There are official processes that you have to adhere to in order to get permission to work in that country. And it's a process that journalists and editors from publications and wire services from around the world have been dealing with for the past 40 years.

So, you know, right off the bat there are restrictions about where you can travel and the sort of stories that you can cover. There are red lines that are not exactly publicized but that you're just expected to know.

Tehran was a place that I worked in for five years before I was arrested. It was a challenging media environment where I tried to get stories published in one of the top American newspapers that would be different from what other people published previously.

I think we have this perception about what an authoritarian state looks like these days and how they manage independent news or free expression inside their borders. It's actually very different in practice. There's no one telling you that you can't write about a certain subject. What happens is that you only know afterwards if you wrote about the wrong subject.

You mentioned that there were red lines that you couldn't cross. Did you feel like you were still able to do your job and fulfill the mission that you set out to do?

It's a trade-off. Do we accept these limitations in exchange for having a presence in the country or do we refuse to accept those limitations and write about it from afar? I think that the majority of news organizations in recent years have decided that they'd rather have a presence inside Iran if possible and adhere to those rules.

I think that ultimately I was able to take a very different approach to telling stories. I focused on stories about people as often as I could in order to illuminate larger social and political issues within the country.

Were there times when I thought I would like to be out in the streets covering a protest but couldn't because I was officially warned that if I do, I'd be thrown out of the country? Yeah, that happened multiple times in the years that I worked there. 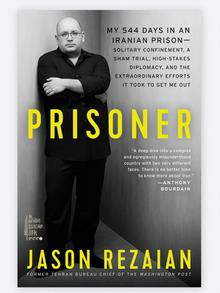 I've heard from other interviews with you that you think that your detention had more to do with a larger political game between Iran and the US rather than your specific work as a journalist. Is that correct?

I believe that it was the job that I did that led to me being detained, not any specific act of doing that job. I think that I was initially held as a part of an internal political struggle between the forward facing elements of the regime that were involved in negotiations with world powers and the insular looking forces in the regime that didn't want to see those negotiations succeed. And I think that the reason they chose me as someone to target was because of my dual nationality of being an Iranian and a US citizen and also because of my employer.

At the time, I was the only US citizen working as a correspondent full time in Iran. So while I think it's pretty obvious that I was targeted because of my job, it was never really about any aspect of the job that raised their ire. It was simply the fact that we can create this story around an American journalist and use it for political gain. I think that this is the ultimate press freedom case: Journalists are under attack and targeted as national security threats just for telling the truth.

Speaking about journalism in Iran: What is the situation now for the people who are trying to keep up the work that you have been kept from doing?

I think for domestic journalists, the atmosphere has always been very difficult. There are elements of pressure that we don't see if these journalists do not have a big news organization or human rights organization outside of Iran's borders behind them fighting on their behalf.

It's a pretty thankless job to be a domestic journalist inside Iran, as it has been for a very long time. But you also have the example of journalists who work outside of Iran but whose families have been targeted by Iran's judiciary in an attempt to get them to stop doing their jobs. I think that that's crazy.

I think that it's not a coincidence that since my arrest in 2014, the number of stories from Tehran bylined in international newspapers has plummeted. It's not because there aren't people there. I think it's a sad development for the people of Iran because you know the correspondents were really trying to shine a light on a country that had long been misunderstood in the West. 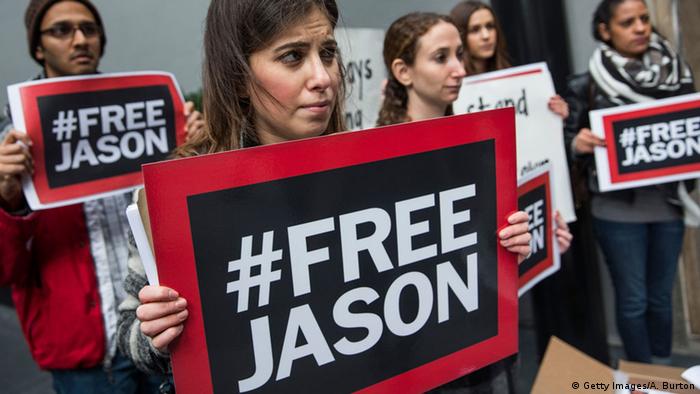 Since you have been back in the United States, there has been a different media climate in terms of how journalists are regarded. What are your feelings with regards to press freedom under President Donald Trump?

I think that press freedom in the US has never been worse than it is right now. We're well equipped to fight this fight but unfortunately, the person who should be the most staunch defender of free expression and press freedom around the world has been delinquent in doing that job since taking office two years ago.

I wouldn't say that the corrosion of free expression in America started with President Trump, but he's certainly exacerbated it. You know that in the EU over the last two years you had a journalist murdered in Malta and one in Slovakia. And you know that here in the United States we had a gunman walk into a newspaper's office and shoot and kill five journalists because of what they covered.

So, I think that we're in a moment where the US president and European leaders should be able to stand up and say that this is an ideal that we hold dear and that we're going to do whatever we can to protect it.

What was your reaction to the murder of your Washington Post colleague Jamal Khashoggi?

My wife and I had the good fortune of spending some time with him socially and his murder was a shocking and difficult thing for us to deal with. Jamal and I were ostensibly exiled from the two countries that we covered. We didn't agree on a lot with regards to Iran and Saudi Arabia and how they're run, but what we did agree on was the need for people to be free and have the opportunity to pursue the lives they desired unencumbered by authoritarian regimes.

As a Washington Post journalist who was on a similar side of one of these cases, it was very heartening for me to see how my colleagues jumped into action. It was all hands on deck in the early days trying to do whatever we could to find out what had happened to Jamal and hopefully bring him home. And then, as the news became the horrific reality it is now, I'm prouder than ever to work for this news organization.

You spoke about press freedom and the realities of how these issues exist on the ground. How do you think press freedom will fare in Iran in the present and in the near future?

Ultimately, I'm an optimistic person. I do believe that in the short term there will be a very difficult time. The pressures that are being exerted on Iranian society by international economic sanctions and the restrictions on Iranians' ability to travel is creating a very high level of stress within a society that's already been feeling these pressures for many years.

Ultimately, I think that, like everywhere else in the world, our ability to transmit information and ideas as quickly and as easily as we can means that history is on the side of the Iranian people.

I think that Iranians will have their day of reckoning and that at some point they will live in a society where they are free to express themselves without fear of reprisal from a government that can't handle the truth being shared.

But ultimately this is an uphill battle and one that I don't think is going to come to any decisive head in the coming months.

The US president has said the nuclear deal paved the way for resolving issues "without resorting to another war." Obama's statement comes as State Secretary John Kerry said the US will repay a debt with interest. (17.01.2016)

Saudi Arabia and the nuclear temptation

Will the US soon supply Saudi Arabi with civilian nuclear technology? If the kingdom possessed it, it could destabilize the entire region, to the concern of countries such as Israel. (25.02.2019)