Iran's climate efforts 'not affected by conflict with US'

The adverse effects of climate change and global warming have been increasingly felt by Iran over the past decade. DW spoke to Iran's COP23 delegation chief Majid Shafie-Pour about actions to mitigate these problems. 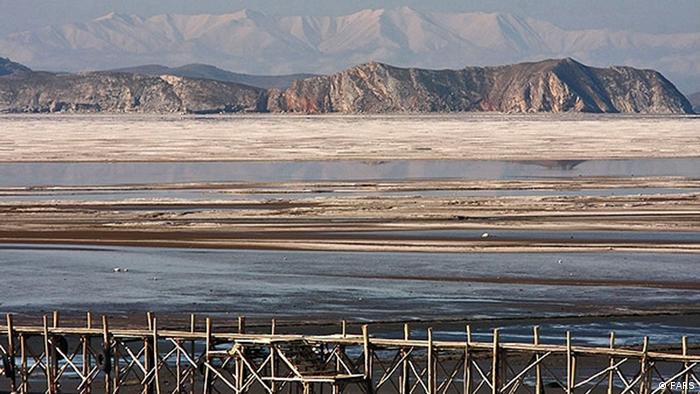 DW: How is climate change affecting Iran and what measures are being taken by the government to counter these effects?

This has led to a reduction in rainfall, which in turn has resulted in spells of drought and a lowering of the available fresh water resources in the country over the past two decades. 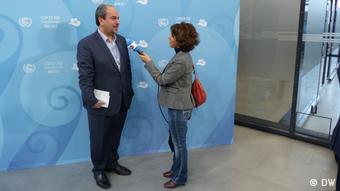 Majid Shafie-Pour: 'The adverse impacts of climate change and global warming are already evident all over Iran'

The reduction in rainfall and water levels, as well as increase in heat, has had a severe negative effect on our agriculture. To cope with the increase in the intensity of heat, people use more electric power for cooling and air conditioning, spiking our energy consumption. This counteracts our efforts to curb greenhouse gas (GHG) emissions and reduce the space available to us to advance our climate programs.

The energy sector in Iran accounts for two-thirds of the country's GHG emissions. We're therefore focusing our efforts on curbing emissions from energy-intensive segments of the economy such as oil refineries, cement and steel industries as well as transportation.

We are striving to first improve energy efficiency and then later move on to energy conservation practices. The last step would be the deployment of renewables. But since Iran is endowed with vast resources of natural gas, which is a climate-compatible source of energy, we have expanded the use of natural gas nationwide in recent decades and deployed advanced natural gas technologies that appear to be well in order.

It's not that we undertake only one step at a time, but rather we have pursued all these efforts in parallel. For instance, in Iran's sixth socio-economic development plan, unveiled about eight months ago, we included a target of setting up 5,000 megawatts (MW) of renewable energy capacity, including 3,000 MW of solar and 2,000 MW of wind power.

Of course, this is not a big number, but overall the direction that we are taking is very clear and the government is mulling over various financial and regulatory incentives to persuade the private sector and investors to play a bigger role in renewables.

To achieve Iran's climate and energy goals, how important is cooperation with foreign countries?

Cooperation with foreign partners is extremely important. For instance, about six weeks ago, a consortium of British, Spanish and Italian firms agreed to set up an 800-MW solar power plant in Iran. And the agreement was all finalized ad signed in London. So it's critical that countries with technological capabilities offer support and are willing to share their technologies with others.

It's also clear that the rates of return on their investments are very attractive. Iran is an attractive place for foreign investors, particularly from the EU as they know the market. European businesses have long been active in the Iranian power plant industry. And with the nuclear deal between Iran and global powers in place now, it really pays for EU firms to reenter and reap the gains of the Iranian market.

Read more: For Afghan farmers, climate change is 'god's will'

Will the conflict with the US have an impact on Iran's climate action plan?

The international community is critical of the Donald Trump administration's climate policy, particularly the US withdrawal from the Paris agreement. But the majority of countries in the world do not take the US plans into account when devising their own climate approach. That's what we have experienced during the climate change conference in Bonn. The delegations from different countries are trying to engage in negotiations as the international community understands the significance of a collective move.

So the US administration's rhetoric, since President Trump came to power, doesn't affect these joint actions. On the other hand, everybody appreciates the European Union's response.

Together we can make the world a livable place - a place with peace and security. And a better climate regime is essential to it. We can achieve it through dialogue and understanding each other's viewpoint.

Are the Iranian people aware of the climate change challenges? And what is your country doing to reduce carbon emissions?

The public opinion in Iran is in favor of a positive climate action plan because the people are feeling the adverse affects of climate change. The international community is targeting to minimize global warming by the end of the 21st century, and Iran is part of the effort. The reduction of carbon emissions and move towards renewable energy sources are crucial to our endeavors.

Tehran welcomes the international support and engagement in this regard. The Iranian government is doing its best to adhere to the climate principles and is implementing climate friendly programs in the country.

Majid Shafie-Pour is chief of Iran's delegation to the COP23 climate talks currently taking place in Bonn, Germany. He is also the spokesperson for the Like-Minded Group of Developing Countries and President of Iran's National Institute on Climate Change and Environment.

The interview was conducted by Shabnam von Hein. It was edited and condensed for clarity.