Iran's president has urged Washington to drop paralyzing sanctions as a confidence-building measure for direct talks. The US has increased pressure against the Islamic republic amid rising tensions in the Persian Gulf. 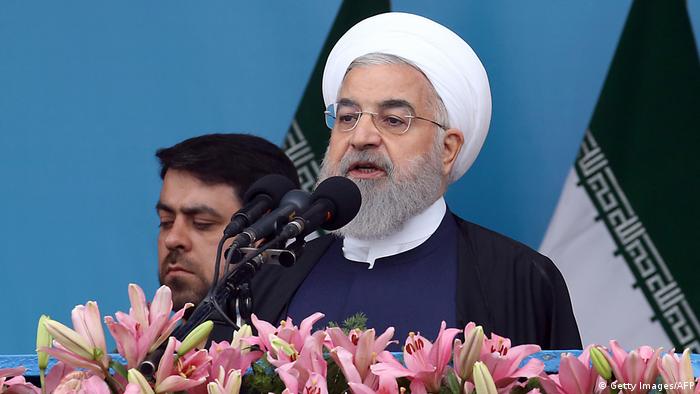 Iranian President Hassan Rouhani on Tuesday demanded an end to US sanctions, describing it as a necessary precondition for direct negotiations.

"The Islamic Republic of Iran favors talks and negotiations and, if the US really wants to talk, before anything else it should lift all sanctions," Rouhani said in a televised speech.

"If it wants talks, it must prepare the path for it," Rouhani said. "The path to it is repent."

Rouhani said Tehran is prepared for direct talks despite US' stance on the Iran nuclear deal. "Whether they want to come into the JCPOA or not, it's up to them," he added.

'Strait for a strait'

The UK has joined a US-led maritime security operation to guarantee freedom of navigation in the Persian Gulf. Germany has instead refused to join, saying it would only consider a European-led option.

Rouhani warned the US against interfering in maritime security in the Persian Gulf, describing open conflict with the Islamic republic as the "mother of all wars."