Iran says it has captured an oil tanker in the Persian Gulf and claims it was smuggling fuel to some Arab states. The seizure puts Tehran on a fresh collision course with the West over security in the key shipping route. 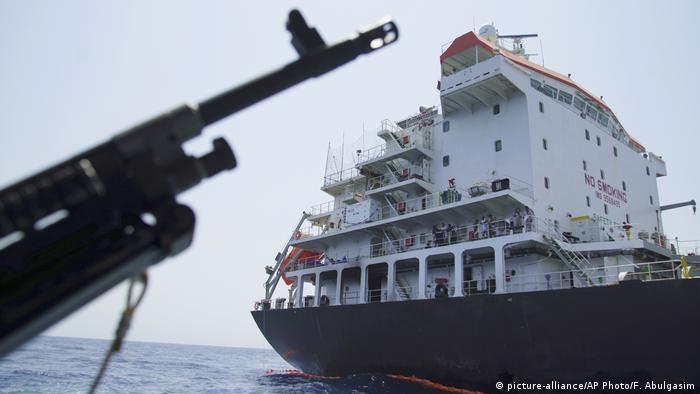 Iran has impounded another foreign ship in the Persian Gulf, the country's state news agency IRNA reported on Sunday, the third such seizure in a month.

A Guards commander was cited as saying that the ship was carrying 700,000 liters (185,000 gallons) of fuel when it was seized, close to the barren Farsi island.

The Fars news agency said the tanker was captured on Wednesday and seven foreign crew members on board were detained. The reports did not provide further details on the nationalities of the crew.

"This foreign vessel had received the fuel from other ships and was transferring it to Persian Gulf Arab states," Guard commander Gen. Ramazan Zirahi said in comments carried by Fars new agency.

Tensions between Washington, Iran and its neighbors have hit new highs in recent months after the Islamic Republic threatened to block the Strait of Hormuz, a key oil transportation route out of the Gulf.

Iraq's Oil Ministry has denied reports that the tanker seized by Iran in the Gulf comes from Iraq. IRNA had reported that claim late Sunday.
Read more: Germany will not join US naval mission in Strait of Hormuz

On July 18, Iranian commandos seized a Panamanian-flagged oil tanker, smuggling some 1 million liters of fuel from Iran to foreign customers.

A day later, the British-flagged Stena Impero tanker was impounded, in retaliation for the UK's capture of an Iranian oil tanker near Gibraltar, which Britain accused of violating sanctions on Syria.

The US has also blamed Tehran for sabotage attacks on several other tankers in and around the Gulf during a standoff that saw Washington almost launch airstrikes on Iranian territory.

US President Donald Trump reimposed biting sanctions on Tehran after he pulled the country out of the 2015 Iran nuclear deal last year, blaming the Islamic Republic for destabilizing the region.

Germany is considering proposals for a European-led maritime security mission in the Persian Gulf after Berlin rejected efforts for a US-led mission.

Iran is planning to remove four zeroes from its national currency, the rial, as the country struggles with soaring inflation. The oil-rich nation's economy has been hit hard by unilateral sanctions imposed by the US. (31.07.2019)

Without the waivers, the US would have to sanction European firms working on civil nuclear projects, White House officials said. European guarantors of the nuclear deal have vowed to salvage it after the US' withdrawal. (01.08.2019)

Tehran says the crews of two Greek oil tankers confiscated in the Gulf have not been detained and are in good health. Athens called the seizures "acts of piracy."

The Iranian military has launched yearly exercises aimed at "responding to aggression." The war games come as Iranian negotiators are set to meet EU and US representatives at the end of the month for nuclear deal talks.