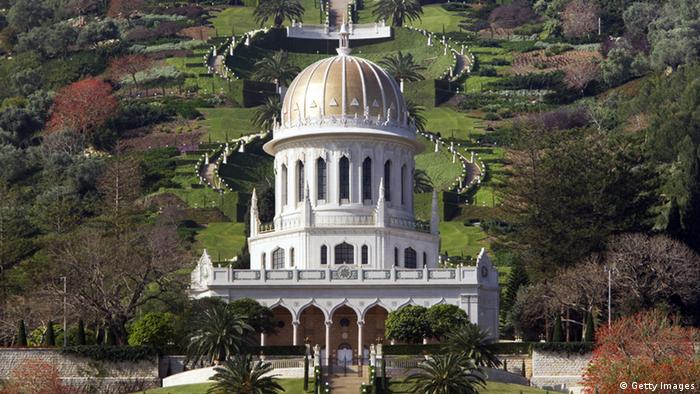 The removal of the "other religions" option from national identity card application forms has dealt another blow to the Baha'i minority in Iran, which has been systematically persecuted and remains legally unrecognized in the mainly Muslim country.

Under Iranian law, Zoroastrians, Jews and Christians are the only religious minorities accepted. Baha'is are considered to be "unprotected infidels," according to a July 2019 report by the UN special rapporteur to Iran, Javaid Rehman.

Despite facing persecution, Bahai's are forbidden by their faith to lie about their religion. This means that the new identity card application prevents them from applying for and obtaining official identification, as they cannot claim affiliation to one of the three legally recognized minority religions.

Read more: What it's like to be a Christian in Iran

There are an estimated 350,000 adherents of the Baha'i faith in Iran, according to the UN report, making it the country's biggest religious minority. Baha'is are routinely imprisoned on vague charges and denied public schooling on the basis of their faith. While Iran systematically discriminates against other religious minorities within its borders as well, the plight of the Baha'i community has been particularly well documented because of the group's size and the severity of the persecution to which it is subjected.

According to Rehman, Baha'is "have suffered from the most egregious forms of repression, persecution and victimization."

Baha'is interviewed by the UN "described a variety of violations that they had been subjected to, including the closure of shops; the firebombing of homes;  arbitrary arrest; torture and other ill treatment whilst in detention; and discrimination whilst studying at university," according to Rehman's report. Additionally, many have been arrested for "vaguely worded offenses" such as speading propaganda or espionage, while Baha'i cemeteries have been destroyed and properties confiscated.

More than 200 Baha'is have also reportedly been executed since the 1979 Islamic Revolution for reasons related to their religion.

The systematic efforts to persecute Bahai's are also endorsed by the Iranian government on paper.

"In 1991, a secret official document was prepared with a view to the gradual elimination of the Baha'is as a recognizable entity in Iran. The document set out specific guidelines on how to deal with the 'Baha'i question,' including instructions that they be expelled from schools and denied employment and positions of influence," says the UN report.

Not having a national identity card compounds their problems by essentially making it impossible to conduct official transactions. Without the card, they are unable to obtain credit cards, driver's licenses and passports.

Simin Fahandej, a spokeswoman for the Baha'i International Community, told Deutsche Welle's Farsi service, "This is a new form of persecution of Baha'is. For 40 years, the Islamic Republic has urged Baha'is to abandon one of the main tenets of their religion, which is is truthfulness. They have had to choose between their religion and their right to work, right to an education, to a comfortable life and now the right to citizenship."

Who are the Baha'is?

The Baha'i faith, which is derived from Shiite Islam, was established in the early 19th century in Iran after a man who called himself "the Bab" proclaimed that a new prophet would arrive. The Bab, whose given name was Mirza Ali Mohammad, was eventually executed by the Muslim leadership for having made this proclamation.

In 1852, following the Bab's death, one of his followers, the self-proclaimed Baha'u'llah, which means "the Glory of God," had a revelation that he was the new prophet and founded the Baha'i religion. However, the idea that another prophet could exist after the Prophet Muhammad is directly contrary to Islamic faith and is the basis of the current Iranian government's view of Baha'is as "infidels."

Core tenets of the Baha'i faith include upholding the truth and believing in the unity of mankind, the harmony of science and religion, gender equality and universal education, according to Bahai.org.

While the religion started in Iran, it has rapidly expanded since its founding. It now has an estimated 5 million to 7 million followers worldwide, with a large concentration in India and the United States. Although the persecution of Baha'is has been most severe in Iran, followers of the faith have also been subjected to various forms of discrimination and mistreatment in Egypt, Yemen and Afghanistan.

Baha'is in Egypt have been denied national identification documents, while they have faced arbitrary detentions in Yemen's capital, Sanaa, and in Afghanistan under Taliban rule, which ended in 2001.