What it's like to be a Christian in Iran

Christians suffer severe persecution in Iran, particularly those who've converted from Islam. While the West is cheering about the recent nuclear deal, it doesn't look like it will improve human rights. 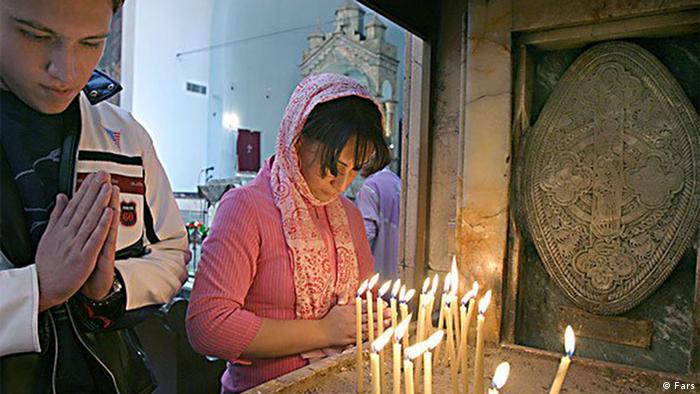 When Iranian President Hassan Rouhani visits Pope Francis in the Vatican on Tuesday (26.01.2016), at least one topic cannot be overlooked on their agenda: human rights in Iran, particularly the rights of the Christian minority.

Some 98 percent of Iranians are Muslim. Just how many Christians there are is unclear. The authorities say there are about 90,000, but the Catholic aid organization missio gives a much higher estimate, and the human rights organization Open Doors has said there are as many as 500,000 Christians in Iran from many different denominations, including Protestants, Armenian-Apostolics, Chaldeans, and perhaps some 15,000 Roman Catholics.

The situation for Christians of any denomination in Iran is "very dramatic," according to Markus Rode from Open Doors. In particular, individuals who have converted from Islam to Christianity are subjected to "extreme persecution."

Many have been imprisoned, tortured, or threatened with death. Armenian and Chaldean churches are allowed to hold services, as long as they are not conducted in Persian, and they are observed by the police. Distributing Christian literature in Farsi is strictly forbidden, in order to prevent evangelization.

"The traditional churches are being strangled," Rode told DW. "Those involved have no other choice but to go underground." Many Christians form small house churches and meet in private homes.

Rode told the story of one particular Iranian Christian. In Tehran, the man "was yanked from the street into a taxi" and told, "You will give up your faith, you will return to Islam, or you will die." A gun was pointed to his head and the trigger was pulled. However, it wasn't loaded.

After the "feigned public execution," the man was thrown into a prison in Tehran where his keepers extinguished their cigarettes on his bare skin.

Relatives of the man were able to buy his freedom. Today, he lives in Germany, but still fears the Iranian secret service, which even has influence abroad, according to Rode. 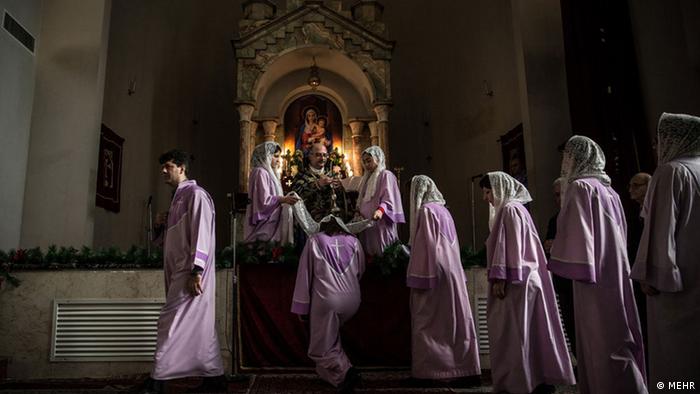 Converts from Islam to Christianity under pressure

Both Rode and Matthias Vogt, Islam and Middle East expert with the aid organization missio, say the situation is gravest for converts to Christianity.

Muslims who choose to become Christians are threatened with prison sentences and even death. Many Iranians believe that Muslims remain Muslims even after converting and that Muslims are not permitted to enter a Christian house of worship.

"The pressure on the churches is high," Vogt told DW.

"Iran is a totalitarian state, a surveillance state, and a police state that tries to protect the population from anything outside of the Shiite or Islamic culture," according to katholisch.de, the website of the Catholic Church in Germany.

To what extent is the US-Iran nuclear deal impacting the climate within the country? Neither Rode nor Voigt expect the human rights situation to improve any time soon.

"From the Western perspective, it looks like this is a historic opportunity for improvement," said Rode. "Iran is focused on economic interests. It needs weapons, which is why it signed the nuclear deal with 'the big Satan,' the US. That has nothing to do with strangling the Christian faith within the country."

Recently, two Christian pastors were released from prison, he added, but more Christians were arrested on Christmas day. 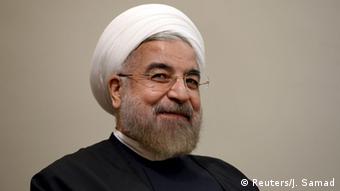 'Let the Christians out!'

Vogt also remains skeptical. In the West, Iranian President Hassan Rouhani, who is traveling to Europe for the first time after two years in office, is seen as a "beacon of hope." Many believe that with the nuclear deal he has led his country out of political isolation and opened up economic possibilities.

On the other hand, Iranian Nobel Peace Prize-winer Shirin Ebadi recently commented at missio's Iran conference in Aachen that "Rouhani has no power and no authority." The power is in the hands of the top religious leaders, she said. In Iran, Sharia law takes precedence over political laws.

"I'm shocked at how the West is suddenly rushing to realize economic projects" instead of using their negotiation leverage, said Rode. "I don't hear people saying openly and clearly, 'Let all the Christians out!'"

An agreement signed by the Vatican last summer recognizing Palestine as a state has gone into effect. The move has drawn staunch criticism from Israel. (03.01.2016)

Lebanon is the only country in the Middle East that consistently elects a Christian head of state, but a fight over cabinet positions is worrying some. Juliane Metzker reports from Beirut. (19.07.2015)