Egypt′s forgotten minorities fear for future | World | Breaking news and perspectives from around the globe | DW | 25.10.2012

The Shiites and Bahais are often overlooked in discussions about Egypt’s religious minorities. But activists say they face daily persecution. The rise of Islamist movements offers little hope of change. 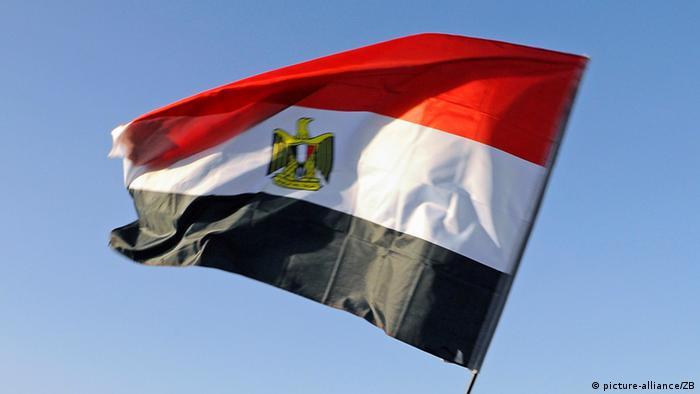 Speak of religious minorities in Egypt and the first group that comes to mind are the Coptic Christians. But there are other marginalized and forgotten religious minorities that rarely make it into the news. They often shy away from public or political activism for fear of being the target of attacks by Sunni fundamentalists or even the state.

One of them are the Shiite Muslims who often face discrimination in predominantly Sunni Egypt. Mohamed Ghoneim is one of the few Shiite activists who publicly speaks out against the unfair treatment suffered by members of his religious group. 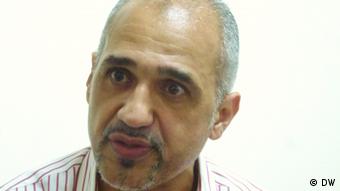 Ghoneim talks about the case of Mohamed Asfour, a Shiite teacher. He was sentenced to a year in prison in July for praying in a mosque according to Shiite rituals and representing Shiite viewpoints, Ghoneim says. He allegedly used a prayer stone as a bridge between the forehead and the earth, something that is frowned on by Sunnis.

"The family of the man's wife and a few Salafists demanded that his wife ask for a divorce after that. And she did that," Ghoneim says. "That was how the discrimination started."

Ghonem says Asfour was arrested while he was praying in the mosque. "They took him to the police and said that he believes in a wrong form of Islam."

Although there are no official statistics about the number of Shia in Egypt, it's estimated that they constitute roughly one percent of the population - around one million people.

The repression of the Shia in Egypt largely stems from the fact that they are generally believed to have close ties to Shiite Iran. Since the Iranian revolution in 1979, relations between Egypt and Iran have been frosty. That's one reason why the Egyptian regime has often portrayed the Shiite minority as a security threat.

Saleh El-Wardany knows that all too well. The well-known writer has often been the victim of sham trials, arrests and even torture.

"That was how it was in the 1980s and 1990s too," El-Wardany remembers. "From time to time, the regime arrested a few Shiites. And discrimination and torture continued," he says, right until President Hosny Mubarak was toppled in February 2011. 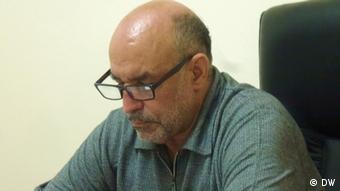 Since then, the rising freedom enjoyed by Sunni Islamic fundamentalists in Egypt has created a new threat to religious minorities. The election gains made by the Muslim Brotherhood and the Salafists have dramatically raised the pressure on the Shia.

Mohamed Ghoneim says the university is currently drafting a new text book that describes Shiite beliefs as wrong and abnormal.

"This book is to be used at all state-run schools. That means it will reach the majority of the population," Ghoneim says. "What can you expect from people if they read that as young students?"

No ID for Bahais

The Bahais in Egypt face similar problems. The Bahai faith was founded in the 1860s in what is now Iran. The religion emphasizes the spiritual unity of all humankind and the similarities between the different faiths.

But the Bahais are often portrayed as "non-believers" in the Egyptian media and often falsely linked to Israel which many remain hostile to.

The regime has often used such campaigns to deflect attention from its own failures, Somaya Ramadan says. She's a popular Egyptian writer and a Bahai. "And then the regime tells the people 'these Bahais want to have their religion recognized by the state,'" she says. "And there's a huge outcry and the people begin to use the word 'Bahai' in a disrespectful way."

Activist groups say such campaigns often find fertile ground in Egypt's strongly conservative society. By discriminating against the Bahais, the state secures the support of a largely ignorant population. 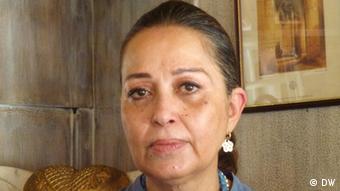 Somaya Ramadan is a Bahai writer

A case in point is the issuing of identity cards. For a long time, Bahais weren't eligible to get any because the field 'religion'' in the document only allowed people to write "Muslim," "Christian" or "Jew." It was only in 2009 that a court allowed Bahais to leave the field empty.

But there are still many Bahais who are forced to live without identification papers in Egypt. The result is that many cannot get legally married or inherit property. At times, it's also difficult to get pensions.

Somaya Ramadan has experienced that first hand. She's worked as a teacher for over two decades. To get her pension, she first needs an ID. But since she doesn't have one, she doesn't get money but rather a cheque.

"The bank then says - 'of course you can cash your cheque. Where's your ID?,'" she says. "And that's how it always goes." She's not sure whether she'll ever get her pension.

The future doesn't look good for the Bahais and the Shiites in Egypt. The Muslim Brotherhood, which new President Mohammad Mursi is part of, leave little doubt that the country's religious minorities will be not be able to freely spread their faith.

The draft constitution currently under discussion in Egypt is enraging liberals. They accuse the Muslim Brotherhood and the Salafists of curtailing civil rights and trying to turn Egypt into an Islamic state. (03.10.2012)

The Egyptian desert Natrun valley oasis is home to several Coptic Christian monasteries. The monks living there have remained largely unaffected by the political upheavals of the Arab Spring. (23.01.2012)

The high court in Karnataka has upheld a ban on hijab-wearing in schools and colleges. The ruling could have major repercussions for the rest of the country, with India having a large Muslim minority.