Iran announces plan to circumvent US oil sanctions | Middle East | News and analysis of events in the Arab world | DW | 01.07.2018

Tehran has vowed to "defeat" attempts to curb its oil revenues by allowing private companies to export it. Iran also reminded Saudi Arabia that it was bound to an OPEC agreement to only boost exports collectively. 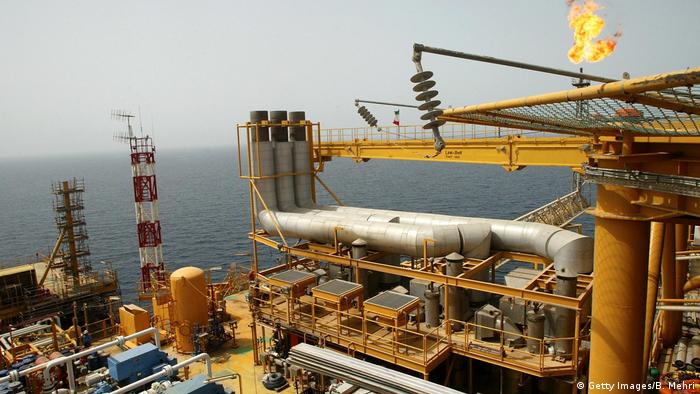 After the US withdrew from the Iranian nuclear deal in May, it said it would reimpose economic sanctions against Tehran by November.

Trump: Riyadh promises to make up the difference

The announcement by Jahangiri came just a day after US President Donald Trump said that Saudi Arabia had agreed to increase its oil exports to make up the difference lost to the sanctions.

"Just spoke to King Salman of Saudi Arabia and explained to him that, because of the turmoil and dysfunction in Iran and Venezuela, I am asking that Saudi Arabia increase oil production, maybe up to 2,000,000 barrels, to make up the difference," Trump wrote on Twitter.

Jahangiri greeted Trump’s comments with derision, saying: "They're begging the Saudis to raise their output so that if Iran's quota decreases nothing will happen to the markets."

At the same time, Iranian Oil Minister Bijhan Zanganeh reminded Riyadh that "any increase in the production by any member country beyond commitments stipulated in OPEC's decisions ... would constitute a breach of the agreement."

The White House later specified, however, that the Saudi king went only as far as saying that his country can raise oil production if
needed.

Trump hit out at OPEC, accusing it of manipulating oil markets.

"OPEC is and they better stop it because we're protecting those countries, many of those countries," Trump said in an interview with a US broadcaster that aired on Sunday.

Trump also threatened to sanction European companies if they did business with Iran now.

"Of course. That's what we're doing, absolutely," he said.