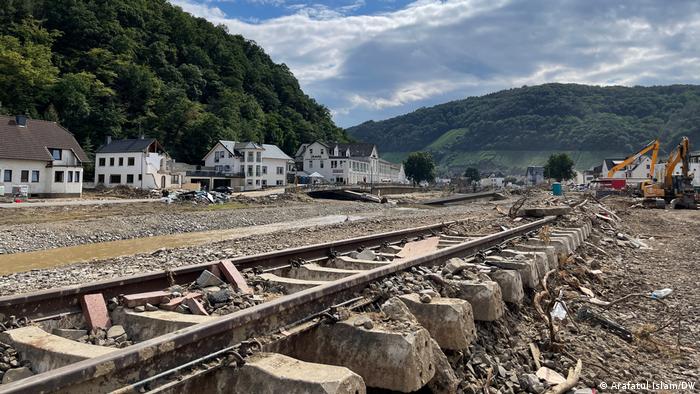 Mueller told the German Funke media group that only 8 out of 191 countries in the world were adhering to the goals of the Paris Climate Agreement, in which nations set a goal of capping global temperature increase below 2 degrees Celsius (3.6 Fahrenheit), and ideally no more than 1.5 degrees Celsius, by cutting greenhouse gas emissions.

The German development minister's remarks come as the Intergovernmental Panel on Climate Change (IPCC) released a new assessment on the impact of global warming.

In the report, scientists have warned that without "immediate, rapid and large-scale reductions" to greenhouse gas emissions the Paris goals will not be reached.

"We need a global green deal, with huge private investments to expand renewable energies as well as technology transfers and an investment offensive by industrialized countries in emerging and developing countries," Mueller said.

Mueller urged the World Bank, the International Monetary Fund, the development banks and above all the EU to step up.

"Hundreds of new coal-fired power plants are being built or planned around the world," the German minister said. "If all of these 'climate killers' go online, we will never achieve the Paris goals."

"The climate conference in Glasgow must become a climate turning point," Baerbock told newspaper Die Welt on Monday "Only then will we have the chance to move from the current over-three-degree path to the 1.5-degree path of Paris," she warned.

"That's why we will work to ensure that the major emitters in particular submit higher national climate contributions at the World Climate Conference in November," Baerbock said.

German Federal Environment Minister Svenja Schulze reacted to the IPCC report, saying "it makes it unequivocally clear that we must prepare for more and more extreme weather events in Germany."

"They are not going away because we can't reverse the climate change that has already taken place. We can, however, slow it down," she added.

Schulze also urged for greater action at home, saying Germany should adopt an amendment in its constitution, so that the federal government can be more involved in protecting against the consequences of climate change.

"I plead for funding together with the federal government, because we need to prepare permanently for more frequent extreme weather events," she added.

Germany ponders lessons from deadly floods — as it happened

As Germany mourns after deadly floods devastated swaths of the country, the cleanup operation goes on. The situation remains tense in some areas. Follow DW for more.