Pakistani authorities allowed the imprisoned Indian naval officer Kulbhushan Jadhav to meet his family amid tight security. Jadhav was sentenced to death by a Pakistani military court in April on espionage charges. 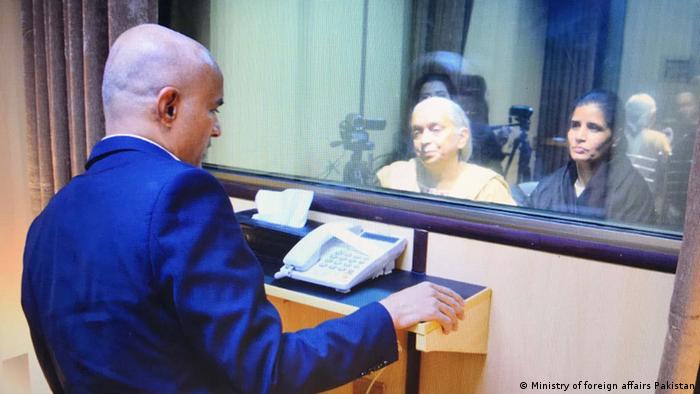 Indian national Kulbhushan Jadhav met with his wife and mother on Monday in Islamabad. He spoke with his family through a glass barrier, pictures issued by Pakistan's foreign ministry showed.

In a video released by Pakistani authorities, Jadhav thanked Pakistan for the "grand gesture."

"They spoke openly during the meeting," Faisal told media after the meeting. "We fulfilled the promises we made to them [Indians]."

Faisal, however, insisted the meeting "has nothing to do with consular access," which Pakistan has so far not granted to Jadhav.

"Let me be very clear that Pakistan permitted the Indian request totally on humanitarian grounds in line with Islamic principles and teachings. Islam is a religion of peace... and it was a gesture of good faith and compassion," he said.

In April, 2017, a military court sentenced Jadhav to death, a verdict that incensed Indian authorities who believe that if the ruling was carried out, it would substantially damage ties between the two nuclear-armed countries.

Eventually, New Delhi sought the intervention of the Hague-based International Court of Justice (ICJ), which ordered Islamabad not to execute the Indian national until it passes final judgement in the case. 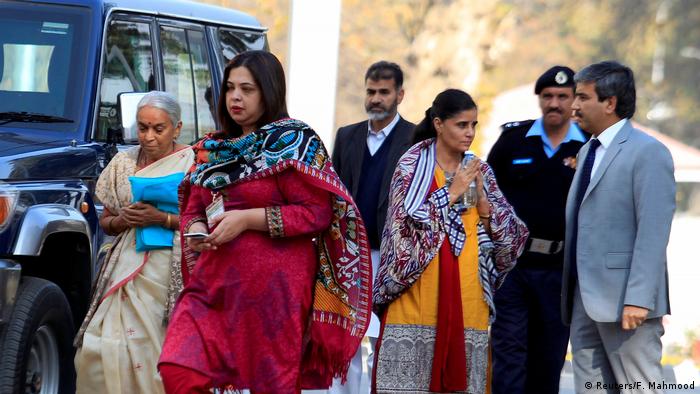 India insists Jadhav was wrongly convicted for spying in a "farcical trial." At the ICJ, India's legal team focused its arguments on Pakistan denying Jadhav access to legal counsel and consular access, and refusing to reveal the charges or evidence against him. In so doing, it stated that the Pakistani government had committed "egregious violations of the Vienna convention" and "deprived" the Indian national of his rights and protection accorded under the international treaty.

Jadhav's death sentence also turned international focus on Pakistan's military justice system. Activists deride them for their "extra-constitutional" character. Rights groups say under the military court system, civilian defendants are barred from hiring their own lawyers, media is not allowed to observe proceedings, there is no right to appeal, and the military tribunal judges — not necessarily possessing law degrees — are not required to provide reasons for their verdict. 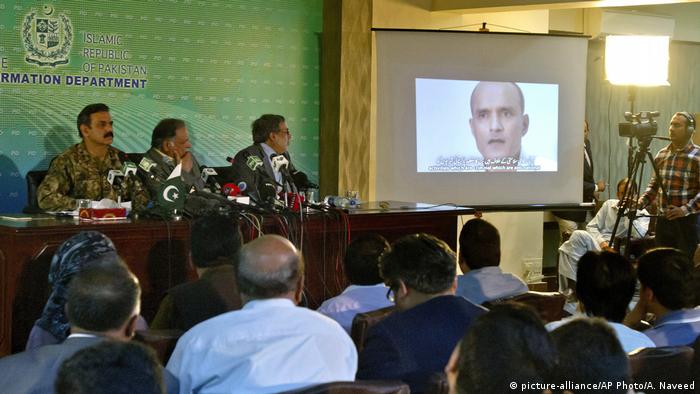 On Monday, Pakistan's Foreign office spokesman Muhammad Faisal repeated his country's charges against Jadhav and described him as "the face of Indian terrorism in Pakistan."

Jadhav's case is only one of an array of disputes hindering closer ties between the two South Asian archrivals. Relations between them have been strained over the past couple of years. The major bone of contention between the two has always been Kashmir. India and Pakistan have fought two of their three wars since independence in 1947 over Kashmir, which they both claim in full but rule in part.

Since 1989, Muslim insurgents have been fighting Indian forces in the India-administered part of Kashmir - a region of 12 million people, about 70 percent of whom are Muslim.