India: How COVID disaster dents Narendra Modi′s well-crafted image | Asia | An in-depth look at news from across the continent | DW | 10.05.2021 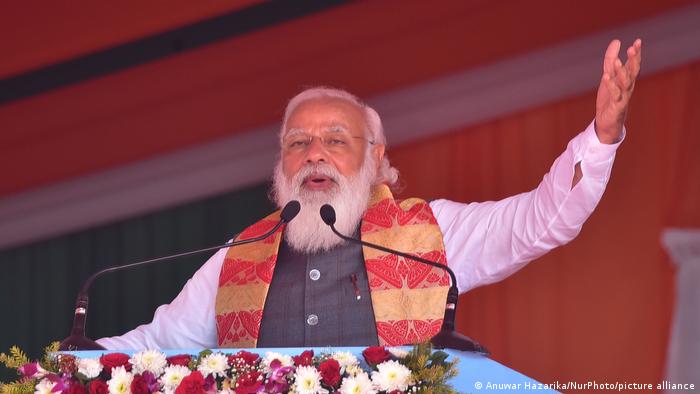 On March 21, 2020, Prime Minister Narendra Modi made his first big address to Indians on the coronavirus as the pandemic began ravaging the West. In the fervid speech — true to the populist leader's playbook — he appealed straight to the masses as he announced the "Janata Curfew," a curfew for the people and imposed by the people themselves.

"At 5 p.m., we will stand at our balconies, windows or doors for five minutes and we will applaud those maintaining essential services by ringing bells, and clapping," Modi said.

The exercise, which was a test run for India's subsequent COVID-19 lockdown, became a testament of Modi's popularity as millions of people responded to his call the next day ringing bells and banging utensils. Crowds gathered in several places, with some even chanting slogans like "go corona go."

Over a year later, Indians are struggling to access basic health care facilities like hospital beds and medical oxygen.

As an intense second COVID-19 wave grips the nation, apocalyptic scenes of bodies burning in overwhelmed crematoriums have become an everyday occurrence.

Modi's pandemic management, which received mass support at the start of the first wave, has come under sharp criticism at home and abroad.

The prime minister, who addressed the people several times last year, is being called out for falling short in allaying fears.

"People are greatly disappointed. The common man is unable to understand this sudden change in attitude. When there is a need to take a lot of initiative he is not at the forefront," Sanjay Kumar, professor at the Center for the Study of Developing Societies (CSDS), told DW.

Experts believe that the coronavirus crisis has dented Modi's image, which can have political repercussions for the prime minister and his nationalist Bharatiya Janata Party (BJP).

What image means to Modi's politics

Modi is known to be an image-conscious politician. Since he came to power in 2014, he has been able to expand the BJP's footprint nationwide with a model that relies heavily on public relations and one that portrays him as India's savior.

"Publicity and image-building are central to Modi's politics and even in the middle of the pandemic, he is engaged with it," Nilanjan Mukhopadhyay, author of Narendra Modi: The Man, The Times, told DW.

"Some days ago, the foreign minister advised Indian ambassadors around the world that efforts of the government of India to control the pandemic must be projected adequately," Mukhopadhyay said. "Recently, a workshop was organized for almost 300 civil servants on ways to publicize or improve the image of the government's functioning at this particular stage."

Analysts say that despite several major crises over the past few years, like demonetization, the Delhi riots and even the migrant crisis during the national lockdown last year, Modi's image has remained unaffected.

"Where political analysts sometimes have been somewhat miffed is when they are trying to understand why Modi hasn't been more damaged by different crises," said Milan Vaishnav, director of the South Asia Program at the Carnegie Endowment for International Peace.

"Analysts tend to rely on a traditional model of voter behavior. In India, people actually decide upfront that they like Modi and then they find different justifications to provide that support," he added.

Vaishnav attributes this popularity to Modi being a master of reinvention and someone who knows how to remake his image. But with the COVID crisis, Modi's image is also in crisis mode.

Mukhopadhyay said that during the first wave, Modi did not realize the gravity of the situation. "So, he thought that this was a good opportunity for him to create events out of things which were administratively necessary and ensure that he adds a lot of positives to his image and is known as a great fighter," he pointed out.

"It was a very cinematic kind of a response. Now when the gravity of the situation has sunk in in the second wave and things are bad, Modi doesn't want to be seen."

Modi's 'facade is completely in tatters'

Modi has traveled extensively around the world in a bid to strengthen diplomatic ties. Prior to the second wave, he had been applauded for improving India's image globally. But the catastrophic health situation at home has hurt his image internationally.

"You just need to take a look at all the leading press of the democratic world, and you can see his whole facade is completely in tatters, his image is shattered," historian and writer Ananya Vajpeyi told DW. 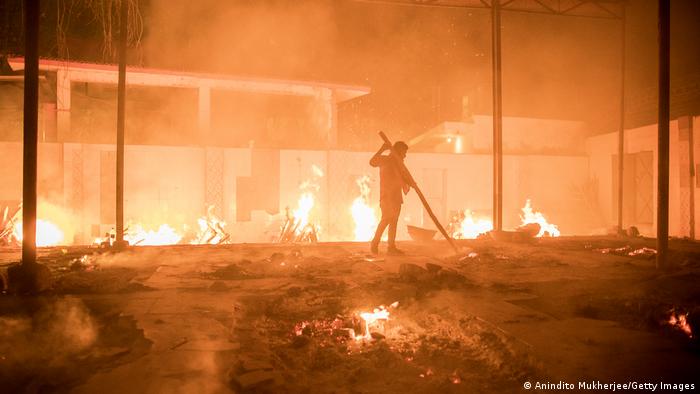 Some say Modi's competence is being questioned.

"A lot of foreign governments and international leaders believe that his calling card is competence. That he knew how to get the job done. What this crisis has done is to dent that confidence in his competence," Vaishnav said.

It's not just international leaders, but also a huge Indian diaspora that is witnessing Modi's mishandling of the COVID crisis.

"The real damage to him, time will tell, has come from losing the support of Hindu Americans and other wealthy diaspora Indian communities which have supported him out and out," Vajpeyi said.

"These people have poured in their wealth and resources into the BJP and they are the ones now who are helplessly watching this country go up in flames. They all have families, memories and roots here. It's going to backfire very badly on Modi." 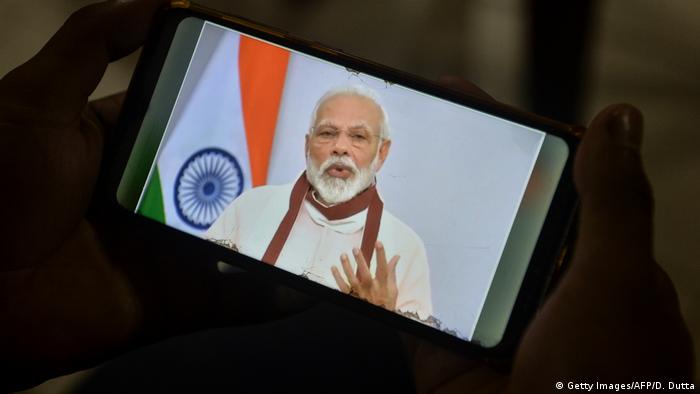 'Now when the gravity of the situation has sunk in ... and things are bad, Modi doesn't want to be seen': Mukhopadhyay

'BJP has an ability to turn things around'

Modi's BJP recently lost a vital election, held amid the COVID-19 surge, in the state of West Bengal. The party also failed to make a mark in the southern states of Kerala and Tamil Nadu.

Experts say that although the government's handling of the pandemic was not a direct factor that influenced voters, traces of the people's disenchantment were visible — something that could be a thorn in the side of the BJP.

"The realization that the virus is now actually viral set in, coupled with the fact that people began saying that this government had failed and the horror stories from hospitals ... all that started coming out in the last week of April when elections were going on," Mukhopadhyay said.

"When we go and analyze the data, we will find that the BJP's performance was comparatively worse than what it was in the early stages of the campaign."

The political implications could be different for the 2022 assembly elections in India's most populous Uttar Pradesh state and neighboring Uttarakhand, as well as the 2024 general election.

"I don't think things are going to improve drastically in the next couple of months. In both states, the BJP is going to face a lot of challenges because of the sufferings of the people. The image of Modi and the BJP has been dented. That's going to have an impact on the electoral prospects of the party," CSDS expert Kumar said.

But as for the general election, there are still three years to go — a lifetime in politics, as analysts put it.

To hold Modi accountable, they believe, there has to be a credible opposition that has a national presence, something that India's political landscape currently lacks.

This vacuum, coupled with the ability of the BJP and its leader to change the narrative, could help the party in the 2024 election.

"BJP has an ability to turn things around. If things are under control in terms of health, they will come up with various populist schemes to appease the people," Kumar said.

"Slowly and gradually, people might start having a positive image of the government. The people who have lost family members and friends may find it very difficult to again vote for them but their numbers in terms of proportion would be very small."