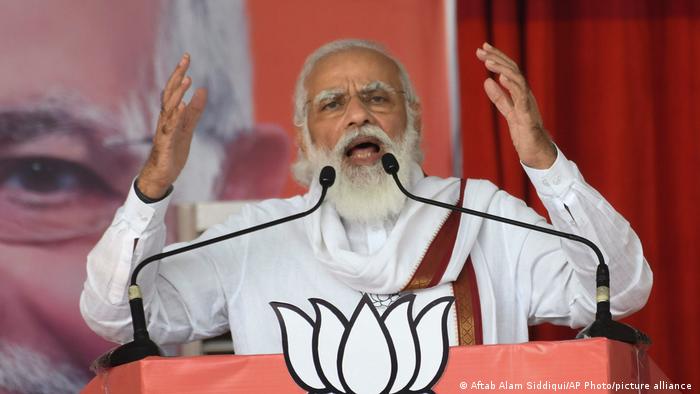 After the COVID crisis, Modi is facing a second blow to his Ironman image

Earlier this year, while many other countries and regions were struggling with fresh waves of the COVID-19 pandemic, India was providing vaccines for the rest of the world. Prime Minister Narendra Modi took credit for defeating the pandemic in his country and providing global leadership in this war against the coronavirus.

But that claim of victory has now come back to haunt Modi in the form of the unprecedented suffering of the Indian people during the country's deadly second wave. After all, the one who takes credit for victory must also take responsibility for the losses.

A barrage of domestic and international criticism seems to have damaged the Teflon-like image of the "supreme leader" for the first time. Even many of his die-hard defenders have either become quiet or turned rather defensive in handling the accusations of crisis mismanagement and criminal neglect.

West Bengal was a symbolic defeat

Now Modi is facing a second blow to his Ironman image after regional election results were declared in five Indian states on Sunday — a huge political defeat for his Bharatiya Janata Party (BJP) that may prove lethal. 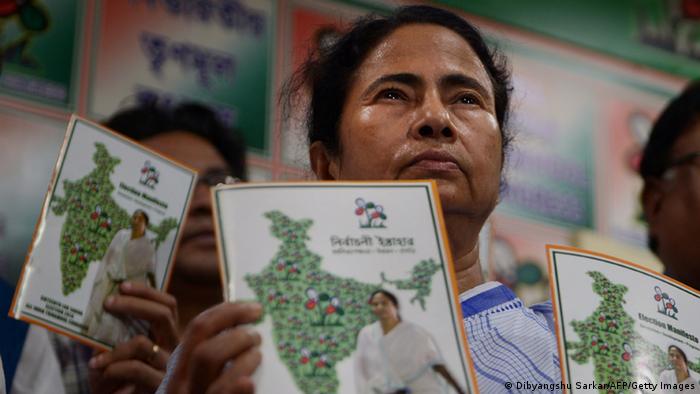 Mamata Banerjee is one of the toughest critics of Modi's leadership

Normally, regional polls wouldn't matter that much to the federal government. But Modi himself made it a prestige issue to defeat the firebrand chief minister in the state of West Bengal, Mamata Banerjee, India's only female chief minister.

Armed with unprecedented resources, the prime minister and his trusted lieutenant, Home Minister Amit Shah, regularly commuted between Delhi and Bengal to ensure an exemplary victory that would cement their control of nearly the entire country. They have even been accused of neglecting their duties for political gain during the country's critical health crisis.

Control of West Bengal had a symbolic significance for Modi: Shyama Prasad Mukherjee, the ideological father of his Hindu right-wing party, hailed from this state. Not only that — a successful "taming" of the usually left-leaning Bengali intellectuals would also send a clear message to rest of the country. West Bengal was the prize; the results in the other four states were no big surprise, and weren't seen as such a prestige issue by the BJP.

Now that Banerjee's government has secured an astounding election victory in West Bengal, Modi's image stands shattered for the second time within a span of just a few weeks. Banerjee was personally defeated in her constituency, but even that may not come as a consolation prize for Modi. His narrative of religious extremism and other key issues has been rejected by the overwhelming majority of Bengali voters.

Until now, setbacks like this haven't been a problem for the prime minister — he could simply disown any failures and patiently wait to highlight his next self-proclaimed achievement. The weak and fragmented opposition force could hardly challenge his authority or shake his image.

But this time, the crisis could come from within. The Sangh Parivar, or the parent political family of the Hindu nationalist BJP, is showing signs of impatience at the failures of the Modi-Shah leadership. The optics in recent weeks haven't been good: Apocalyptic images of Hindus being cremated in hospital yards, COVID patients who died due to lack of oxygen supply and other failures, have made the Sangh leadership uncomfortable. Public anger may prove to be much stronger and longer lasting than during Modi's demonetization drive, or any of the other controversial steps taken by his government.

If Modi starts to become a liability rather than a political asset, the Sangh political family may have to rethink its strategy. Although nobody else in the party matches Modi's charisma and popularity, for the first time the prime minister is looking vulnerable. Of course, he could fight back and regain control over the narrative, but the ground under his feet is no longer as stable as it once was.

If the opposition can use this momentum and build up a viable and serious alternative to challenge Modi in the next general election in 2024, India's political landscape could once again see a fundamental change.

India's COVID 'inferno': Why is the second surge happening now?

Canada to drop all COVID-19 travel restrictions 20m ago

Opinion: Italy's shift to the right is dangerous for EU 13m ago