India will likely face irreversible impacts of climate change, with increasing heat waves, droughts and erratic rainfall events in the coming years if no mitigation measures are put in place, experts warn. 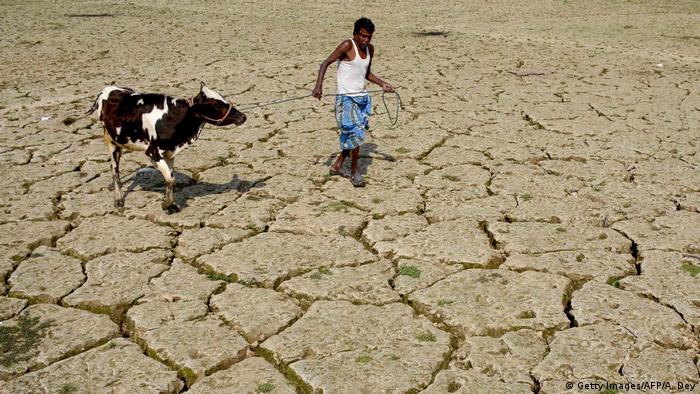 Heat waves have become more common and severe in India

India will suffer more frequent and intense heat waves, extreme rainfall events and erratic monsoons, as well as more cyclonic activity, among other weather-related calamities, in the coming decades, a report released by the Intergovernmental Panel on Climate Change (IPCC) warned on Monday.

The report, Climate Change 2021: The Physical Science Basis, is the first part of IPCC's Sixth Assessment Report (AR6) — its latest evaluation of the state of Earth's climate and the impact on the planet and various life forms.

"Heat extremes have increased while cold extremes have decreased, and these trends will continue over the coming decades," the report said regarding the Indian subcontinent.

"The threat of climate change is real — dangers are imminent and the future is catastrophic. This message from the IPCC report confirms what we already know and can see in the world around us," said Sunita Narain, an environmentalist and director of the Delhi-based Center for Science and Environment.

This year, for instance, India has witnessed severe floods, cloudbursts and landslides in several states across the country, causing death and destruction.

Experts say heavy rain events have increased threefold since 1950, but total precipitation has declined and at least a billion people in the South Asian country currently face severe water scarcity for at least one month annually.

And heat waves have become more common and severe, with many cities reporting temperatures above 48 degrees Celsius (118.4 degrees Fahrenheit) in 2020.

In a study published by The Lancet Planetary Health journal last month, researchers concluded that nearly 740,000 excess deaths in India annually could be attributed to abnormal hot and cold temperatures related to climate change.

Meanwhile, weather-related calamities and crises are slowing the pace of poverty reduction and increasing inequality nationwide.

Furthermore, should the average global temperature rise by 1 degree Celsius (1.8 F), the resulting decline in agricultural productivity, rise in sea levels and negative health outcomes are projected to cost India about 3% of its GDP, according to a report published last month by the Overseas Development Institute (ODI) think tank.

"Given that India is one of the most climate-vulnerable countries, we must recognize that even geographically faraway climatic changes can have consequences for our monsoons and intensity of extreme events," Arunabha Ghosh, CEO of the Council on Energy, Environment and Water, said in a statement.

"Our focus should be on building climate-resilient physical and digital infrastructure along with inculcating social and behavioural changes in citizens and communities."

Chandra Bhushan, CEO of International Forum for Environment, Sustainability and Technology, said the situation would only worsen if the Indian government did not act faster and decisively.

"This is a warning for our economy and human life. Things that were predicted to happen far later in the future are now expected to happen much sooner, including intense heat waves, monsoon disruptions, cloud bursts and extreme rain," Bhushan told DW.

Sumaira Abdulali, environmentalist and founder of the NGO Awaaz Foundation, has a similar view.

"In theory, the problems of climate change are unmistakable and well acknowledged, but in practice, in the face of development imperatives, we have not learned any lessons at all despite all types of climate-related catastrophic events," the expert told DW.