In Syria and Iraq IS is still capable, but no global threat

The ongoing standoff at a Syrian prison shows that the so-called "Islamic State" still has the means to fight. However, experts say that IS doesn't pose a global threat due to lack of money, fighters and ammunition. 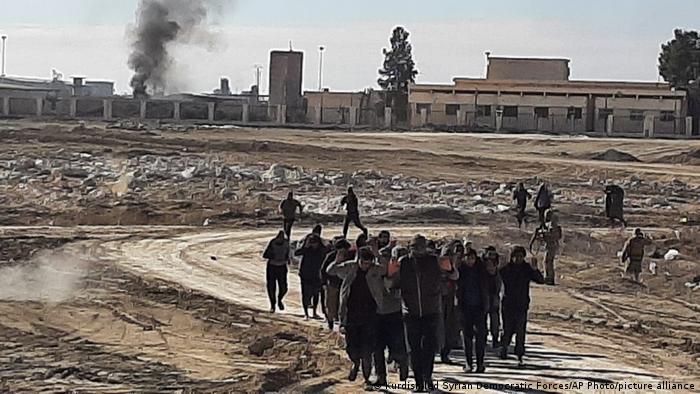 On the seventh day of the deadly prison standoff in the north-eastern city of al-Hasaka, an unknown number of jihadists belonging to the so-called Islamic State (IS) are still hiding out in the former vocational school.

Meanwhile, the Kurdish-dominated Syrian Democratic Forces (SDF), security forces of the autonomous region of Rojava and their allied support in the form of American fighter jets and helicopters, are keeping the area sealed off.

According to agency reports, between 160 and 260 people have died since IS launched their attack on Thursday — the majority of them IS fighters, around 45 members of Kurdish security forces, and a few civilians.

However, as of Wednesday, the intensity of the fighting has decreased. 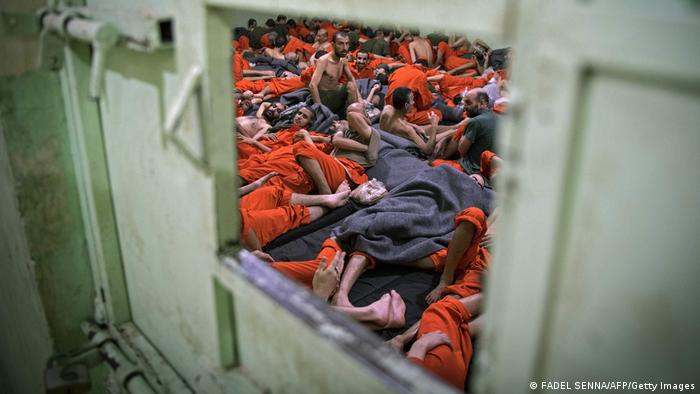 These men are suspected of being affiliated with the Islamic State (IS) group, and it is highly likely that they re-join IS after they managed to escape.

While it is still unclear how many prisoners actually managed to escape, the looming question is: What is going to happen next?

So far, it is safe to say that the drawn-out battle showcases the determination of both sides, and leaves no doubt that IS still has considerable strength.

But at the same time, it shows that IS is not able to overrun local forces and their allies either — in contrast to their success during the so-called "caliphate" between 2014 and 2016.

Back then, the Islamic State, called 'Daesh' in Arabic, was the richest jihadist organisation in the world, with over $2 billion US in assets, and up to 100,000 fighters in Iraq and Syria, according to numerous sources.

Moreover, according to a study by the investigative organization Conflict Armament Research (CAR), IS not only purchased weapons, but also had a wide network capable of assembling and improvising weapon systems.

However, since its defeat in 2016, IS's fighters, financial means and weapon arsenal have continuously declined.

But IS still isn't finished.

According to a 2021 report  by the US Treasury Department, IS finances have shrunk significantly, but not dried up entirely.

"IS has generated revenue through extortion of local businesses, kidnapping for ransom, and looting," the study says.

Furthermore, a substantial part of their funds stem from international money services.

"In addition to revenue generated from its illicit financial activities, IS also has access to tens of millions of dollars in cash reserves disbursed across the region," the report states.

While this seems a lot, it is only a fraction of what the jihadist group once had, and it is certainly not enough to kickstart a new caliphate in the region.

The group's manpower is also dwindling. The UN estimates that 10,000 of the once 100,000 fighters are still holding out.

"I don't think that IS is now succeeding in actively recruiting new members. The question is to which extent old members are still regrouping in the Iraqi and Syrian desert, or whether freed IS prisoners are re-joining the group," Julien Barnes-Dacey, Director of the Middle East and North Africa program at the European Council for Foreign Relations (ECFR) in Berlin, told DW.

Given that there are no realistic alternatives for many fighters, including the ones that managed to escape from the prison break, it is highly likely that they could be willing to re-join IS. However, this won't bring up numbers to previous levels.

The group's equipment is also far inferior to what it once was.

The most recent attack in al-Hasaka indicates that IS owns arms, but they consist mostly of light and medium weapons.

"On the one hand, their weapons were stolen from the Iraqi army's inventory, on the other, IS has deposited numerous weapons in hiding places, such as dried-up wells in the town Al-Baghouz Fawqani, one of their biggest strongholds," Jassim Mohamad, director of the European Centre for Counterterrorism and Intelligence Studies in Bonn (ECCIS) told DW. 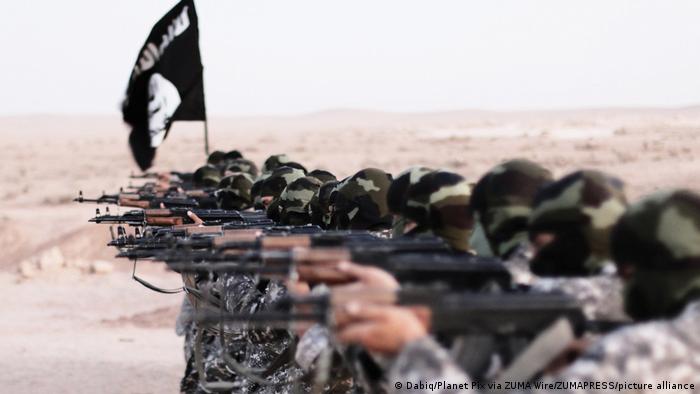 IS still owns weapons, albeit predominantly light and medium weapons.

Mohamad is convinced that the prison attack highlights, above all, a strategic change, as this week's attack is not  the first attack that IS has carried out.

"IS has mainly attacked state facilities such as barracks or prisons. In other words, it refrains from attacking civilian targets," Mohamad said during an interview with DW.

The reason for this could be that IS wants to avoid the population turning against them.

But most Syrians are too exhausted to care.

In addition to over ten years of war, Syria has been suffering from one of the worst droughts in 70 years. Drinking water is scarce, and inflation and international sanctions against the Assad regime are making life increasingly difficult.

In Iraq, the group's second stronghold, the vast majority of the populace — including Sunnis — are overwhelmingly busy with their own controversial politics. 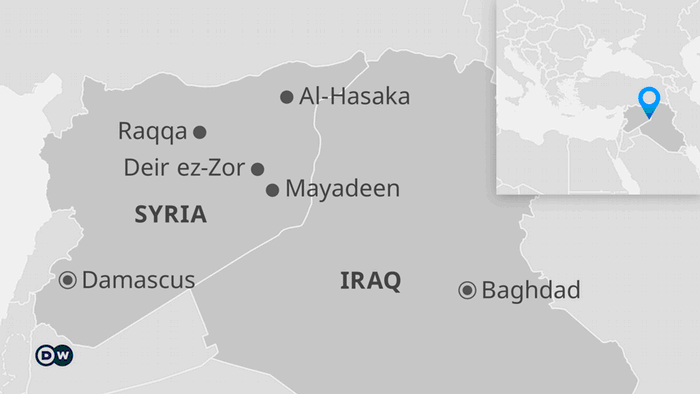 "The major problem is the governance and security vacuum in Syria and Iraq," Julien Barnes-Dacey told DW.

However, while he has no doubt that IS is trying to consolidate its position, he doesn't think the group poses a strategic threat on an international or even regional level.

"They're not about to rise up and take Raqqa or Mosul again," Barnes-Dacey said.

At the same time, he is also convinced that the world can expect ongoing insurgency in Syria and Iraq for some time to come. 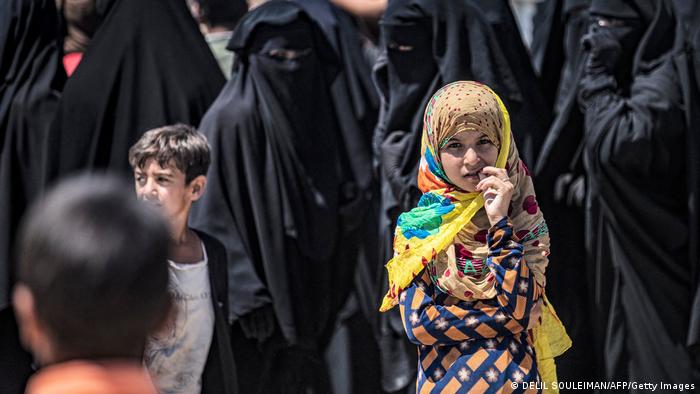 Camps and prisons with IS fighters and their families are often overfilled and don't meet international humanitarian standards.

This outlook was confirmed on Tuesday, when the Rojava Information Center reported that various towns, checkpoints and a water station in the Deir-ez-Zor region were attacked by IS members.

The Center tweeted that at least so far, "no casualties were reported."

Syria: Riot breaks out at prison holding IS militants