Germany's king of late night TV, Harald Schmidt, is living proof that Germans can be funny. But now that "The Harald Schmidt Show" is being shelved, Germans are wondering if there's anyone out there to fill his shoes. 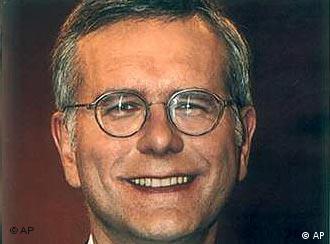 Harald Schmidt says he needs to take a "creative break."

It's no secret that "The Harald Schmidt Show" is in many ways a carbon copy of America's "The Late Show with David Letterman," but on the barren German comedy landscape, Schmidt is unique. The news that, after eight successful years, Schmidt is leaving the late-night lineup has unleashed a wave of mourning, with one viewer saying that, once the final show airs on Dec. 23, he may as well put his telelvision set on the junk-heap.

At first glance, "The Harald Schmidt Show" appears to be a poor imitation of Letterman's show: there's the show's own band playing the intro music, the over-the-top introduction of the host, followed by some stand-up schtick and a celebrity interview session on the couch, complete with cityscape back-drop. The most apparent difference is that Letterman lands more famous guests.

Schmidt even bears a slight similarity to Letterman in his appearance. A suit and tie are de rigeur, round glasses give him an equally impish look, even the hand gestures are the same. All that's missing is Letterman's gap-toothed grin.

All the news that's fit for Playmobils

But German audiences soon began to recognize that Schmidt had his own unique brand of intelligent, irreverent humor. His show was a political-correctness-free zone, a fast-paced mixture of cynicism and slapstick. They lapped up the gags, such as the naming of the "Darling of the Month," or the presentation of world events in brief using Playmobil figures.

And they forgave him for the gags that went awry, such as the time Schmidt did an entire show in French without subtitles, or the "radio-version" of the show during which viewers sat through the whole hour with no pictures on their screens.

So why is Germany's undisputed king of late night television abdicating the throne? The word from Schmidt is that he needs to take a "creative break." But it could also be the result of major changes at his parent station. Schmidt routinely cracks jokes at the expense of Haim Saban, the new owner of show's broadcaster, ProSiebenSat.1. 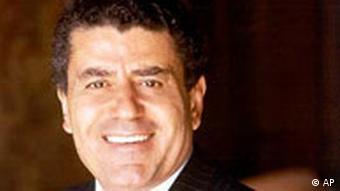 As part of a corporate reshuffle, Saban removed SAT.1 chief Martin Hoffmann, a personal friend of Schmidt's and put Roger Schawinski in charge.

The outpouring of dismay across Germany at the prospect of a Schmidt-less future has forced Schawinski to announce that SAT.1 will continue to broadcast reruns of the show even after Schmidt's departure, but only until a host for a new late night show has been found.

The search for Schmidt's successor could take a while, and Schawinski doesn't want to risk losing the loyal following that Schmidt cultivated. "When a unique show on the television landscape runs for eight years in a stable slot, you get ritualized viewing from audiences," said Schawinski. "We want to make sure our new show latches on to that following."

Meanwhile, speculation abounds about Schmidt's future. If Germany's funniest man isn't back on television screens soon, it won't be for lack of offers. The nation's public television stations are falling over themselves to woo the star, offering to work him into existing shows or to create new formats for him.

Schmidt is so far keeping mum on what he has planned for his creative pause. Whether he'll work on projects with his own production company, Bonito TV, or go back to drinking a beer at mid-day followed by a nap -- as was his habit before his show went five days a week -- is for now, known only to the man himself. But one thing is certain, should he decide to return to the small screen, comedy-starved viewers will welcome him back with open arms.

One of Germany's most promising new comedy talents isn't German at all--he's American. John Doyle has been working to make Germans laugh for eight years. His efforts have paid off and he's achieved national recognition. (Aug.29, 2003)

Saban Takes the Reins at ProSiebenSat.1