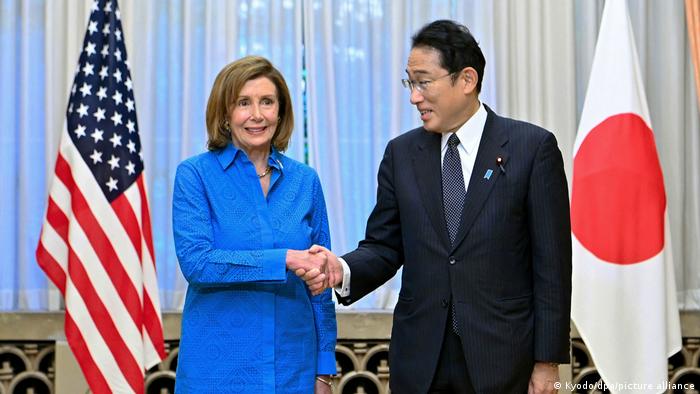 US House Speaker Nancy Pelosi said on Friday that the United States will "not allow" China to isolate Taiwan.

Pelosi made the comments in a visit to Japan's capital, Tokyo, following a trip to Taiwan that infuriated Beijing.

What did Pelosi say?

"They may try to keep Taiwan from visiting or participating in other places, but they will not isolate Taiwan by preventing us to travel there," Pelosi said following talks with Japanese Prime Minister Fumio Kishida in Tokyo.

"We had high-level visits, senators in the spring, the bi-partisan way, continuing visits, and we will not allow them to isolate Taiwan," the US lawmaker said.

Pelosi said that her visits to Singapore, Malaysia, Taiwan, South Korea and Japan were "not about changing the status quo."

"It is about the Taiwan Relations Act, US-China policy, all of the pieces of legislation and agreements that have established what our relationship is. To have peace in the Taiwan Strait and have the status quo prevail." 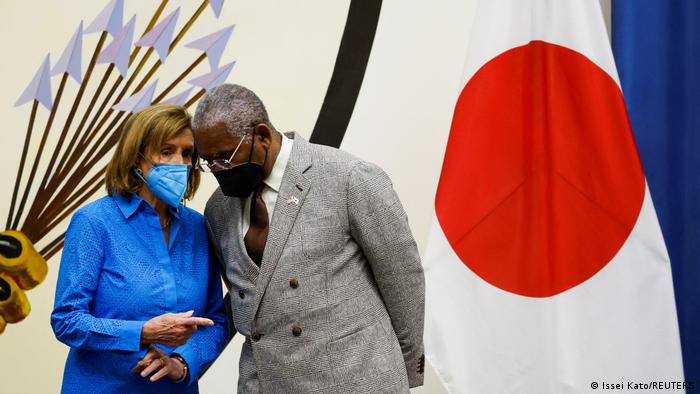 Where has Pelosi been?

Pelosi landed in Taiwan on Tuesday and expressed "unwavering" support for the island, praising it as "one of the freest societies in the world."

China considers Taiwan to be part of its territory. In response to Pelosi's visit, Beijing began a series of live fire drills around the island. China's state-run Xinhua news agency said that over 100 warplanes and 10 ships were involved in the exercises.

China's Foreign Ministry said the visit damaged stability in the Taiwan Strait, which separates the island from mainland China.

On Thursday, Pelosi met with South Korean leaders in Seoul and visited the demilitarized zone (DMZ) that divides the country from North Korea.

Japan, meanwhile, has lodged a formal diplomatic complaint against Beijing after five of China's missiles were believed to have landed in its exclusive economic zone.

Prime Minister Fumio Kishida called China's fire drills around Taiwan a "serious problem that impacts our national security and the safety of our citizens" while calling for an "immediate cancellation of the military drills."

And US Secretary of State Antony Blinken said Friday that China's exercises represent a "significant escalation."