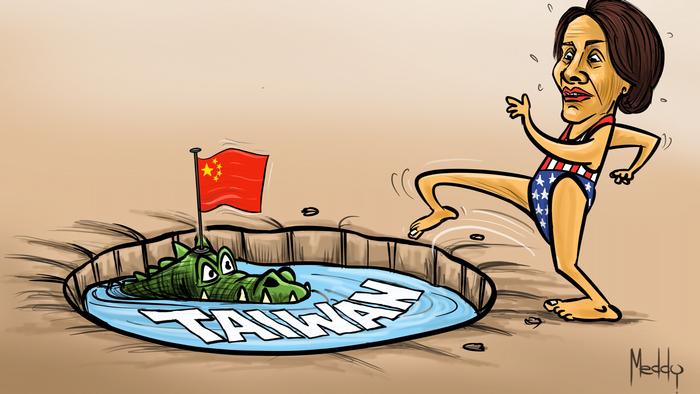 Pelosi's visit could prove to be a dangerous move

From the point of view of many Taiwanese, the visit of the Speaker of the US House of Representatives, Nancy Pelosi, was a complete success. In recent years, China had increased its pressure on Taiwan. For example, by sending more and more fighter jets close to the island - almost a thousand in 2021 alone, more than twice as many as the previous year.

Ahead of Pelosi's visit, China had tried everything to stop her from going. But Pelosi went anyway - for many Taiwanese an important signal that the US would stand by Taiwan should there be an escalation with China.

Satisfaction for many Taiwanese

Pelosi's visit put Taiwan on the world stage: Suddenly, the island was the top story in news bulletins around the world. Thanks to Pelosi, most viewers will now know where Taiwan is and what a complicated situation it is in. For many Taiwanese, the new focus on Taiwan is a source of satisfaction. After all, countless Taiwanese have had to explain time and again during visits abroad that they were from "Taiwan" and not "Thailand." And that these are two different places. 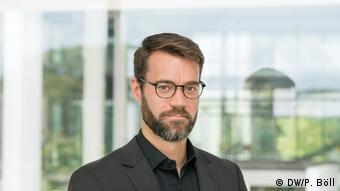 Philipp Bilsky is the head of DW's China desk

Pelosi's visit was also an expression of appreciation and respect. Respect for many things that the Taiwanese are rightfully very proud of: a vibrant democracy, freedom of the press that is almost unprecedented in Asia, a very open, tolerant and hospitable society, and remarkable success in one of the most important economic sectors of our time: the chip industry.

This perception is more than understandable. However, it is also true that Pelosi's visit triggered a military reaction by China that was to be expected. The Taiwan issue is a frozen conflict for which there is currently no solution. If Taiwan formally declared independence, Beijing would immediately respond with war. A reunification with the mainland under Xi Jinping, on the other hand, is currently completely out of the question for most Taiwanese, especially after the recent developments in Hong Kong.

Do not fuel frozen conflicts

Political analyst Eberhard Sandschneider has rightly remarked: If you don't have a solution to a frozen conflict, then you should do everything to keep the conflict frozen. But Nancy Pelosi's visit has achieved the exact opposite.

How historians will one day judge Pelosi's visit will probably depend primarily on the developments in the coming days and weeks. Most observers do not expect a military escalation even though the scale of the Chinese military maneuvers exceeds anything seen before. Many assume that the situation will calm down again as soon as Beijing feels it has made its point abundantly clear - by means of a large-scale military buildup.

But there is also the danger that the large-scale maneuvers could lead to an accident. Or to some tragic mistake which then could trigger a chain reaction. Then the visit - in the worst case - would stand at the beginning of a direct military confrontation between two world and nuclear powers: China and the United States.