In Germany, scrambling to accommodate ever more refugees | Germany | News and in-depth reporting from Berlin and beyond | DW | 18.08.2015

In Germany, scrambling to accommodate ever more refugees

Germany is set to receive a record number of asylum seekers this year - at least 650,000. As communities struggle to accommodate them, some have begun to question the country's asylum policies. 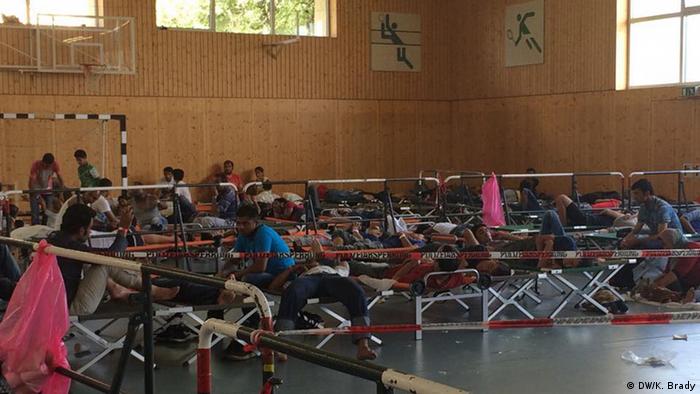 In the dreary waiting area of a small charity in an impoverished neighborhood in Cairo, Faida quietly explained how she made ends meet: She survived on handouts from friendly neighbors and mosques and the occasional food voucher supplied by international donors, the gaunt 44-year-old Syrian refugee, told DW. Her eldest son, she added, did odd jobs whenever he could find one, "but when I need medicine I have to sell furniture or clothes."

It's possible that Faida and her family may soon join the many refugees fleeing the war and upheaval in the Middle East and move on from the neighboring countries which are increasingly struggling to provide the tens of thousands of refugees with adequate care.

German Development Minister Gerd Müller (a member of the Christian Social Union CSU, the Bavarian sister party to the Christian Democrats) this week called on the EU to spent 10 billion euros to help the countries neighboring Syria deal with the refugee crisis. "If we don't solve the problems locally, the problems will come to us," he was quoted as saying by "Die Welt" newspaper on Monday.

But many are already heading to Germany: One in three asylum seekers who arrived last year in the EU sought asylum in Germany. According to media reports, Germany's Federal Office for Migration and Refugees (BAMF) is set to release figures this week that forecast a record increase in asylum applications this year. The increase, the newspaper "Handelsblatt" writes, will be "dramatically" higher than the initial forecast of 450,000 refugees: Some 650,000 people, maybe even as many as 750,000, are estimated to seek asylum in Germany this year.

As cities and communities struggle to find housing for those waiting for their asylum application to be processed - many cities have had to resort to housing them in tents and military barracks - state authorities have been calling for greater financial aid to cope with the influx. Most cities had reached the limits of their capacities, Gerd Landsberg, the managing director of the German Association of Towns and Municipalities, announced this week. 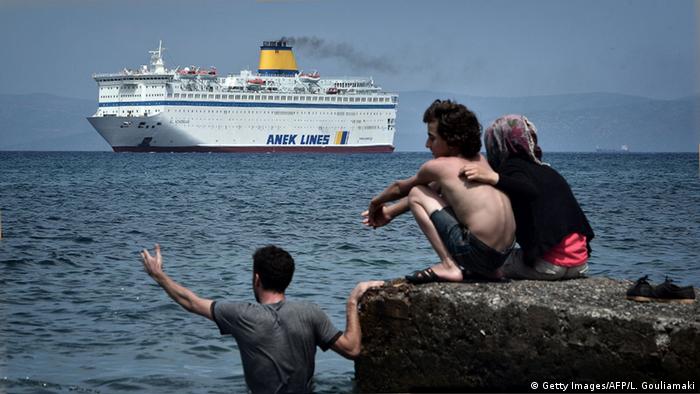 Some federal politicians meanwhile have come out in favor of ever more restrictive asylum policies: Foreign Minister Frank-Walter Steinmeier (Social Democratic Party, SPD) this weekend said he favored faster deportations of those denied asylum, while Interior Minister Thomas de Maiziere from Chancellor Angela Merkel's Christian Democrats (CDU) recently said he was in favor of non-cash benefits for refugees. At the moment, single refugees in asylum centers receive some 143 euros (about $157) a month, in addition to non-cash handouts - a figure that increases slightly when asylum seekers move out of shared accommodation and need to spend more money on food and clothing.

Calls to cut back on handouts

Bavarian Interior Minister Joachim Hermann (CSU), this week also came out in favor of cutting back on cash benefits, in particular for refugees from the Balkans. The German government recently designated the region as "safe", initiating fast-track procedures to speed up asylum claims - and deportations. In a newspaper interview this week, Hermann said cash handouts merely provided an "incentive" for many to come to Germany, particularly from the Balkans. Germany, he said, "had to decide whether it could afford to continue its current generosity."

Others strongly disagree: The refugee organization ProAsyl slammed the restrictive policies: To cut back on cash benefits would result in refugees receiving less than the bare minimum needed to survive, Peter Burckhardt, who heads ProAsyl, told the German Press Agency. Even now, refugees struggled to take part in daily life, he added.

It's also unclear whether politicians can even legally cut back on benefits: In 2012, Germany's Constitutional Court ruled that asylum seekers had a right to the minimum subsistence level needed to live a dignified life.

But many agree that something has to be done to ease the burden: On Tuesday, the UN High Commissioner for Refugees warned that Germany together with Sweden could not be left to bear most of Europe's asylum burden. In an interview with the German newspaper "Die Welt", Antonio Guterres called for more solidarity among European countries in taking in those fleeing war and persecution.

The responsibility, he said, must be "shared on many shoulders," adding that "it is unsustainable in the long run that only two EU countries - Germany and Sweden - take in the majority of refugees."

Back in Cairo, Faida said she dreamt of going back home to Syria - even though she held little hopes of doing so any time soon. "I just want my children to lead a dignified life - anywhere," she said.