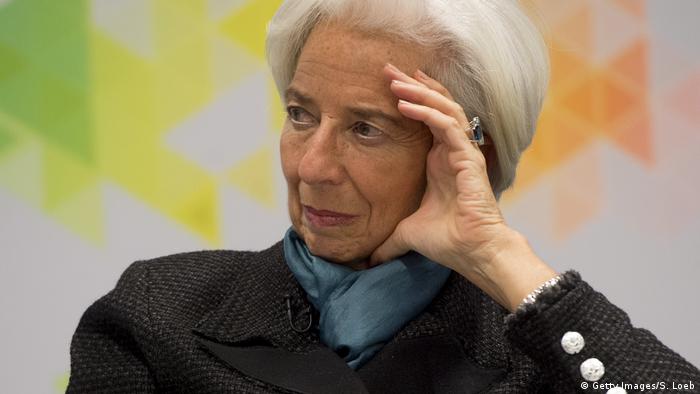 Christine Lagarde, the managing director of the International Monetary Fund (IMF), warned Saturday that the increasing use of big data and artificial intelligence by technology giants was causing disruption to the global financial system.

"A significant disruption to the financial landscape is likely to come from the big tech firms, who will use their enormous customer bases and deep pockets to offer financial products based on big data and artificial intelligence," Lagarde told a symposium on financial technology (fintech) on the sidelines of the G20 finance leaders' summit being held over the weekend in Fukuoka, Japan.

The rapid growth of fintech has promoted access to cheap payment and settlement systems for low-income groups in developing countries, where traditional banking networks are scarce.

Read more: Is fintech the latest weapon in the fight against poverty?

Global policymakers are wary of fintechs' increasing dominance in mobile payments, as they rethink ways to regulate the banking system. They fear that the stability of the whole economic system might be at risk, as fintechs threaten to disrupt the centuries-old financial industry.

The startups include Stripe which provides services to Amazon and Microsoft for processing payments. The US company launched in 2011 could be worth $22.5 billion (€19.8 billion) according to some private-market valuations cited by Bloomberg. Last year Stripe announced new products including technology for issuing credit cards, point-of-sale software and a billing platform for subscription businesses.

The IMF is urging world leaders to take more action to address the increased use of fintech, which, by controlling payment and settlement systems, could make the international financial networks vulnerable.

"This presents a unique systematic challenge to financial stability and efficiency, and one I hope we can touch on during the G20, and address in a cooperative and consistent fashion," Lagarde said.

The IMF chief also said that the presence of tech giants in China poses a big challenge in this regard.

"Over the last five years, technology growth in China has been extremely successful and allowed millions of new entrants to benefit from access to financial products and the creation of high-quality jobs," she said. "But it has also led to two firms controlling more than 90% of the mobile payments market," Lagarde added.

Afghanistan's banks have fallen into disarray following the Taliban's takeover of the country, a UN report says. The world body has called for urgent measures to prevent the banking system from a "colossal" collapse.