Is fintech the latest weapon in the fight against poverty? | Business | Economy and finance news from a German perspective | DW | 17.10.2018

Is fintech the latest weapon in the fight against poverty?

The financial technology sector is expected to overcome long-standing barriers to financial inclusion in poor countries. The IMF and the World Bank are calling on policymakers to "embrace the promise of fintech." 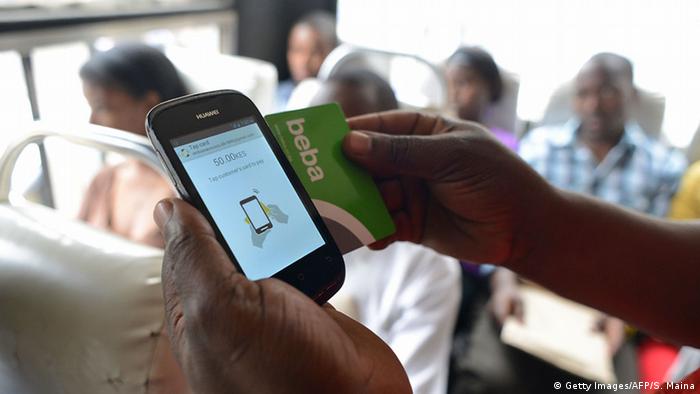 The financial technology (fintech) sector, comprising hundreds of startups and the likes of Apple, Google and Amazon, has been disrupting the banking and finance industries for years now by changing the way consumers pay and borrow money.

The rapidly growing industry, which uses technology to simplify anything from transferring money to financial planning, has attracted over $100 billion (€86.3 billion) in investments since 2010.

One in every three digitally active people in the world's 20 major economies is reported to use fintech services, according to the EY FinTech Adoption Index 2017. China and India are leading the way with more than half the consumers using these services to pay and transfer money or buy insurance. 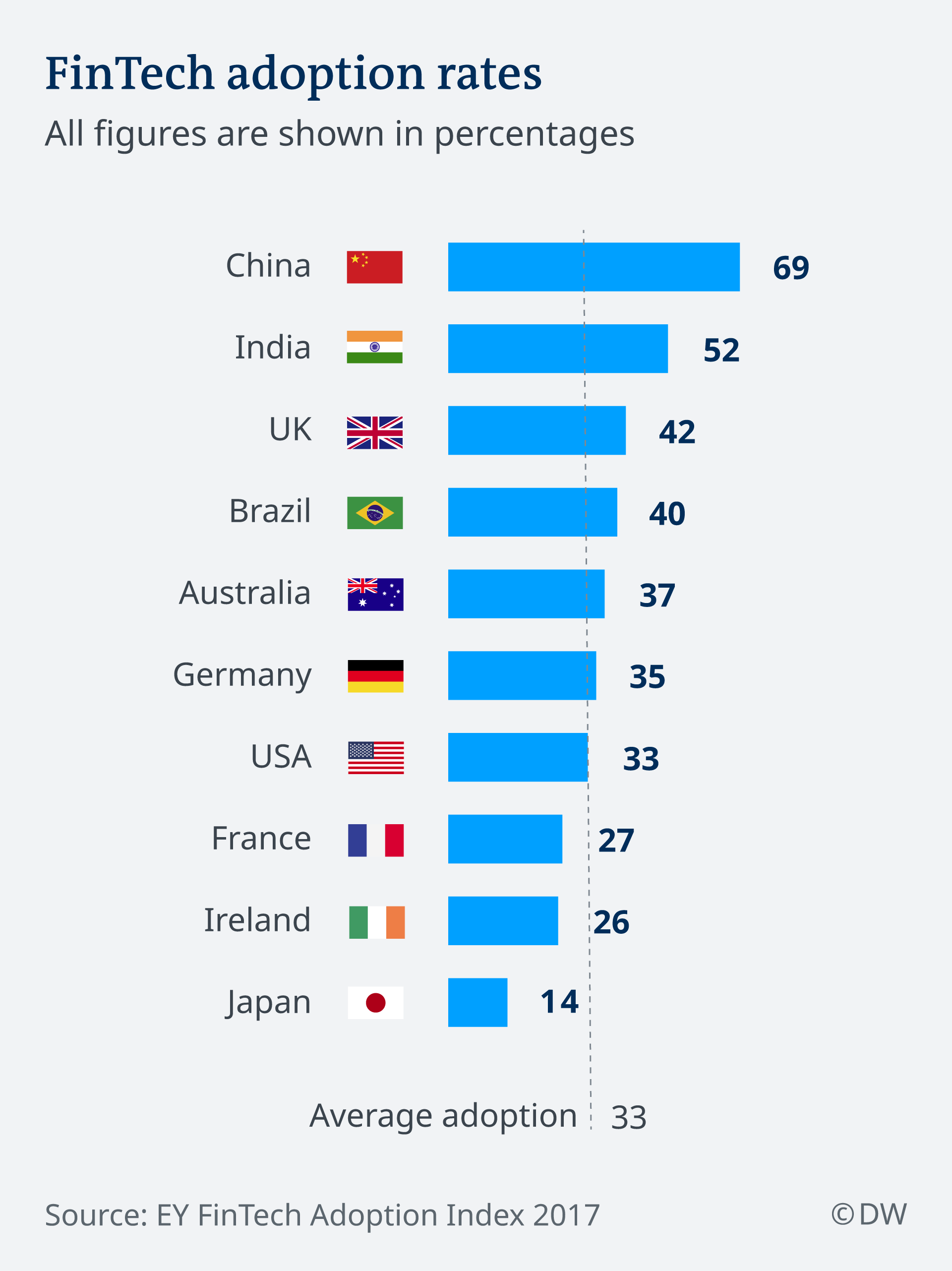 Experts attribute this popularity to the fact that fintech services are simpler, more convenient and transparent and easy to personalize than the traditional offerings.

"There are an estimated 1.7 billion adults in the world without access to financial services. Fintech can have a major social and economic impact for them," International Monetary Fund (IMF) Managing Director Christine Lagarde said earlier this month during the launch of the Bali Fintech Agenda, a set of guidelines that policymakers can keep in mind when framing policies and rules regarding the fintech industry.

The World Bank says two-thirds of adults without a bank account cite a lack of money as a key reason, which shows just how unaffordable existing financial services are for low-income users.

Other reasons for not opening an account include distance from a bank, lack of necessary documents and lack of trust in financial service providers.

Read more: Unbanked and cashless: why mobile wallets like M-Pesa are doing it hard in Europe

The fintech industry is already breaking these long-standing barriers to financial inclusion, particularly in low-income countries. The Fintech Agenda launched by both the IMF and the World Bank sees financial inclusion as a building block for both poverty reduction and opportunities for economic growth.

A prominent example is Kenya's M-Pesa, a text message-based payments system. Launched in 2007, the service that allows users to store and exchange money via mobile phone is now used by 96 percent of the families in the country. M-Pesa is said to have contributed to the growth of financial inclusion in Kenya from 26 percent in 2006 to more than 75 percent today.

A 2016 study co-authored by MIT economist Tavneet Suri showed that M-Pesa helped lift at least 2 percent of Kenyan households out of extreme poverty and caused women to graduate from farming to small business.

It shows that mobile-money services aren't just conveniences but do, in fact, have a positive impact on people's livelihoods, Suri said.

"Fintechs have a huge role to play in this [reducing poverty] — not only by giving the financially excluded access to affordable payments and credit, but [also] by facilitating new business models like M-Pesa that meet needs that even fully digital banks couldn't achieve," Julian Skan, senior managing director for Banking & Capital Markets at Accenture Strategy, told DW.

Anna Wanderwitz, the co-founder of the European Fintech Alliance, said the rise of fintech was causing "a shift in the balance of power."

"While in the past banks were the focus and consumers acted as petitioners, today it is the consumers themselves who are the focus thanks to smartphones and Fintech apps," she told DW.

But policymakers in few countries are easing regulations in the financial sector to promote nimbler and innovative companies. Most policies are stacked against new entrants as governments favor stability over innovation.

"Ultimately,  it remains the question if governments really want to foster dedicated innovation in this field, since this may run counter to other vested interests governments might have in the financial sector," Kurosch Habibi, founder and CEO of Berlin-based transaction marketplace for small and medium-sized enterprises, Carl Finance, told DW.

"Some, mostly small, agile countries, actually move towards this direction. Many larger ones don't. In the end promoting fintech comes down to allowing existing companies to die."

The European Union in January introduced a new banking directive, PSD2,in a bid to create a level playing field for the fintechs. Under the directive, banks lost their right to be the sole owner of a customer's account and transaction data, allowing consumers to share their account data with authorized third parties.

"What Klarna thinks is crucial now, is how this legislation is implemented in practice. This is where governments and international authorities are at the helm to ensure a competitive environment enabling innovation," a spokeswoman for Swedish payment provider and licensed bank Klarna told DW.

But fintech comes with its own risks with data privacy being a major concern. As more firms go digital, the risk of cyberattacks is only likely to climb. Also, the rapid rise of cryptoassets could pose new challenges for the financial services sector.

"All countries are trying to reap these benefits, while also mitigating the risks. We need greater international cooperation to achieve that, and to make sure the fintech revolution benefits the many and not just the few," Lagarde said.

At this week's MoneyConf in Dublin, hundreds of fintech CEOs outlined their vision of just how quickly they believe the world of financial services is changing. DW's Arthur Sullivan spoke to N26 chief Valentin Stalf. (15.06.2018)

Internet currencies: a good thing or not?