For banking and insurance, digitization could prove as disruptive as it has been for the media industry. Is that a risk to financial stability? Germany has put the topic on the G20 agenda. 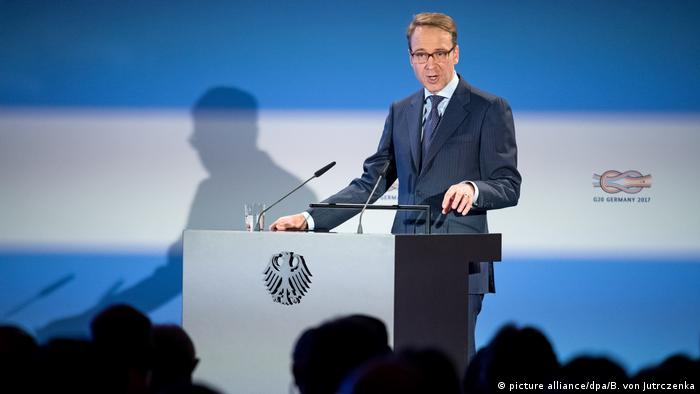 For consumers, the new world of digital financial services is full of promise: Pay with a click, take a loan with your phone, whenever you want, wherever you are.

Traditional bankers, on the other hand, are worried. And so are regulators. They fear that ultimately, the stability of the whole financial system might be at risk, as new service providers and startups ("fintechs") threaten to disrupt this centuries-old industry.

Germany, which presides over this year's meetings of the world's leading economies (G20), has put the topic on the agenda of the G20. Part of that process was a two-day conference (25.-26.01.2017) at Biebrich Palace near Wiesbaden, where policy makers, central bankers, academics and industry specialists from numerous countries exchanged ideas on how to weather the upcoming storm.

On the upside, the opportunities seem endless. Not only for consumers in rich countries, who can expect better, cheaper, and more convenient services, but especially for the poor in developing countries.

"Two billion people are still excluded from the financial system, that is 40 percent of the world's adults," said Queen Máxima of the Netherlands, who serves as the United Nations' special advocate for inclusive finance for development, in her opening speech. "And 40 percent of small and medium-sized enterprises [SMEs] still don't have any access to the financial services they need to grow, succeed, and employ more people," she added.

Fintechs could change all that, and much faster than traditional banks. Mobile payment services, which only require a simple cell phone, are hugely popular in Africa and elsewhere. According to Queen Máxima, 700 million adults have gained access to financial accounts between 2011 and 2014. 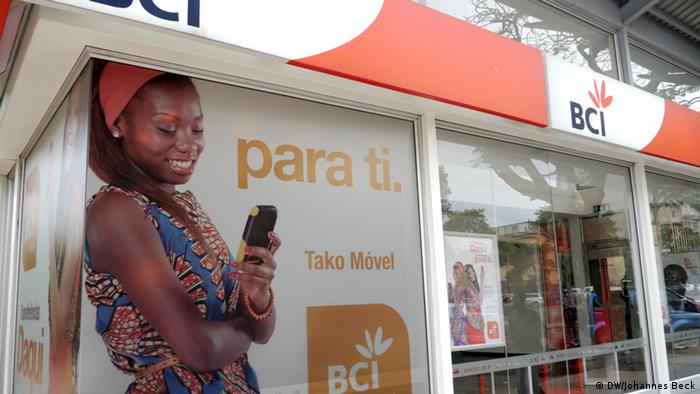 But it is crucial that new customers are able to use these tools wisely, to avoid being burdened with debt. "In Kenya, for instance, seven out of 20 digital credit services have annual interest rates of more than 100 percent," said Queen Máxima.

Even in rich countries, financial literacy remains a challenge. But even more pressing is the need to come up with binding rules for new providers of financial services. The G20 countries hope to find a common approach later this year.

The town of Zug in Switzerland wants to become the center of a Swiss "Crypto Valley." Residents can now pay their fees in Bitcoin, and Fintech companies in the region are closely watching this experiment. (01.07.2016)

Frankfurt's future as a financial hub

The planned fusion of the Frankfurt and London stock exchanges has sparked concern within the metropolis on the Main. Will Frankfurt lose its status as an important trading center? Stefan Wolff reports. (11.05.2016)

Miller: On Bitcoin and a public backlash 'to reclaim our privacy and security'

You may never have used Bitcoin or other cryptocurrencies, but you're sure to have heard of the technology. Andrew Miller tells DW why they could spark a backlash against our surrendering of private data. (05.09.2016)

Online activists have founded a virtual state called Bitnation. The decentralized organization is designed as an alternative to traditional states. There are no limits, and a wide range of options. (15.03.2016)

Would-be entrepreneurs and bank executives gathered at a Startup Weekend in Cambridge to explore the future of financial technology, or "fintech" - with a special focus on smartphone payment systems. (08.06.2015)

"Our aim is to develop a set of common criteria for the regulatory treatment of fintechs," said Jens Weidmann, president of the Deutsche Bundesbank (pictured above). "Fintechs should not base their business models on regulatory loopholes."

Barbarians at the gate

The business model of banks and insurance companies is under threat as a growing number of fintechs is offering customers easier and more intuitive access to financial services. This is not necessarily bad, as competitors force incumbents to rethink their products.

But bankers complain of unfair conditions. "Why don't banks run more risks?," asked José Manuel González-Páramo, a former director of the European Central Bank (ECB) and now on the executive board of BBVA, a multinational Spanish banking group. "Because banks are subject to capital regulations that are not impinging on the decisions of many startups," he added.

Regulators know they're treading a fine line here. Too much regulation would kill many startups, hinder innovation, and stifle competition. Too little regulation could create risks, for consumers and the financial system as a whole.

"A certain degree of trial and error is completely acceptable, even from a regulatory point of view," said Felix Hufeld, president of BaFin, the German financial supervisory authority. "Perfect security in such an innovative and quickly developing environment is impossible."

But even this fly-by-sight approach eventually needs to come up with answers. Take blockchain, for example, the technology behind virtual currencies such as Bitcoin. Users can transfer money globally, almost in real time, and anonymously. The record of transactions is created by algorithms in a peer-to-peer network, no central authority is involved. 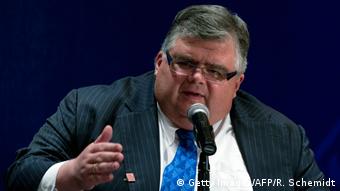 This approach completely bypasses banks and central banks, and has regulators scratching their heads. "Who owns the data?," Hufeld asked. "And is data protection a logical concept in a world of decentral coding of data, like blockchain, or is it a contradiction in terms? We have no answers to that," he added.

A currency out of reach for central banks - that's the very essence of Bitcoin. "But if you have a fully decentralized system, and something goes wrong - who will then provide the liquidity?," said Agustín Carstens, governor of the Central Bank of Mexico. "I think it's very difficult to have trust without a central bank."

So far, Bitcoin and other virtual currencies are too small to pose a serious threat to financial stability. But central banks in Germany and the UK are already testing how they can use the underlying technology for their purposes.

"If you look ahead, it is possible that virtual currencies and payment service providers could begin to displace traditional banking services," said Mark Carney, governor of the Bank of England and chairman of the G20's Financial Stability Board. "Too some extent, that would be positive. But if it goes too far, then you get a single-source risk."

A risk that should of course be mitigated, if possible. As should other risks like cyber-security, tax evasion, the abuse of data, and the expected loss of jobs. Some studies see 40 percent of all jobs in the industry at risk.

Whatever the outcome, German finance minister Wolfgang Schäuble believes the G20 is the perfect forum for this discussion. "We cannot tackle these problems on the level of nation states," Schäuble said. "The only way is international cooperation and governance. And in this regard, I think we have made good progress."