Iceland's Pirate Party asked to try to form a government

Iceland's president has asked the anti-establishment Pirate Party to attempt to assemble a governing coalition. The call came after the country's two main parties failed in the same task. 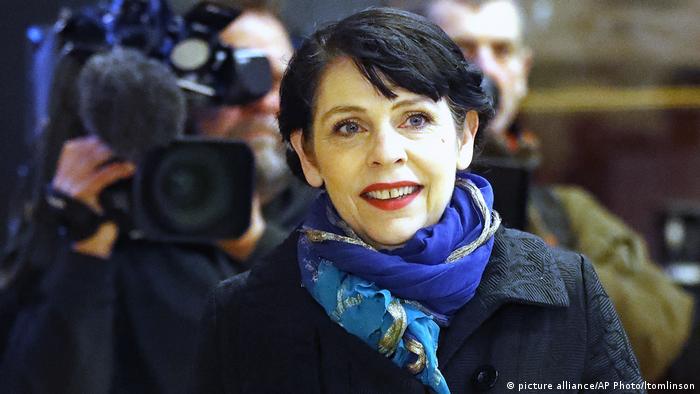 The Pirates, who have campaigned for direct democracy and digital freedom, came third in Iceland's October 29 election.

As no party won an outright majority, President Gudni Johannesson asked the first-placed Independence Party and then the second-placed Left-Greens to try to assemble a coalition. But the leaders of both parties failed to gain enough support.

Pirates leader Birgitta Jonsdottir was invited to form a government after Johannesson held one-on-one talks with the main party leaders on Friday in an attempt to break the deadlock.

To form a majority, 32 seats out of the 63 in parliament are needed - but the equation is complicated by the fact that several parties have ruled out working together.

Jonsdottir hopes to form a five-party coalition with Bright Future, the Social Democrats, the Reconstruction Party and the Left-Green Movement. That alliance would control 34 seats, including the Pirates' 10 seats.

After talks with the president she said it was too early to say who would be prime minister. "We are not there yet," she told reporters.

The Pirate Party was founded in 2012 by a group of hackers, political activists and internet freedom advocates, picking up 5 percent of the vote in an election the following year.

But its popularity skyrocketed earlier this year when the Panama Papers leak alleged that Prime Minister Sigmundur David Gunnlaugsson's family attempted to hide millions of dollars in an offshore bank account.

In the months that followed, opinion polls predicted the Pirates would come first in October's election, but they ended up in third place.

Analysts said it was unlikely that Jonsdottir would be able to form an alliance before parliament reconvenes on Tuesday to debate a provisional budget, among other things.