Like the right-wing before it, the leader of the Left-Green Movement has said she is "giving up" on building a coalition. Iceland's president has now urged leaders from all seven parties to now hold discussions. 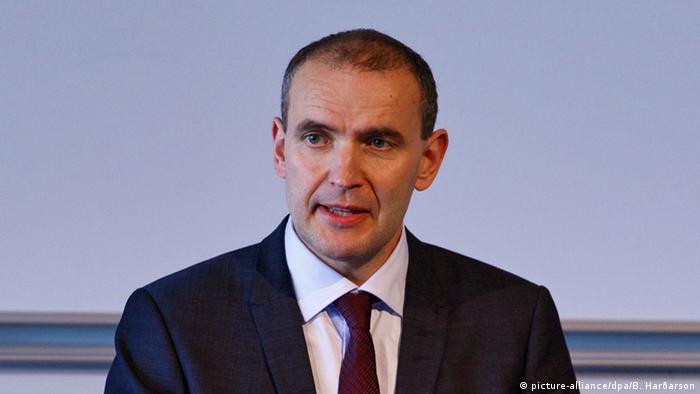 Iceland's president said that "all parties" will be required to hold informal talks on reforming a new government after negotiations led by the left-of-center party collapsed on Friday, plunging the country into political uncertainty.

"For the time being, I have decided not to give any single party leader the task of forming a government," President Gudni Johannesson said.

Johannesson's statement came after the leader of the Left-Green Movement, Katrin Jakobsdottir, informed him that she was "giving up" on building a coalition after a week of discussions. Jakobsdottir had hoped to build a broad five-party ruling government, ranging from the center-right to the far-left. They failed to find common ground, however, namely over disagreements on taxes.

Earlier, the largest election winner, the conservative Independence Party, led by Bjarni Benediktsson, attempted to form a coalition with the center-right Reform Party and centrist Bright Future Movement. Talks broke down after leaders clashed over divisive issues, including relations with the EU, institutional reforms and fishing regulations.

Following the two rounds of negotiations, several parties have ruled out working with each other, making it increasingly harder to secure the 32-seat majority needed in the 63-seat legislature.

However, Johannesson added that talks had already begun and that he hoped to see a result in the coming days. He stressed that it was important for Iceland's politicians to now take responsibility.

However, it talks continue to fail, Iceland could face a second election within a few months.

Iceland held a snap election on October 29, where none of the seven parties or alliances was able to claim a majority. Elections were originally scheduled for April, but were brought forward after then-Prime Minister, Sigmundur David Gunnlaugsson, was ensnared along with several other officials in a scandal over the Panama Papers leak. He subsequently resigned amid public protests.

The Independence party, a coalition partner in the Gunnlaugsson's ousted government, came out on top of the vote, ahead of the Left-Green Movement and the anti-establishment Pirate Party, who came second and third respectively.