'I was always a Merkel person,' says US presidential candidate Donald Trump

Contradicting his previous comments, US presidential candidate Donald Trump has hailed German Chancellor Angela Merkel as a model leader. In the past he said Merkel was ruining Germany with her refugee policy. 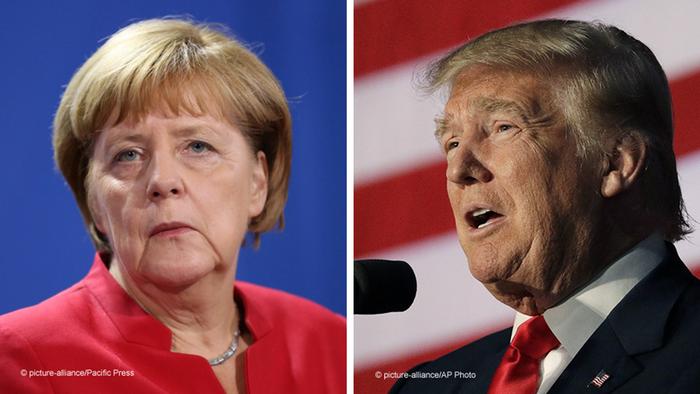 Asked by a New Hampshire reporter on Thursday to name a world leader he admires, Trump said German Chancellor Angela Merkel is a "really great leader."

"I was always a Merkel person," Trump said.

The Republican added, however, that he was "very disappointed" by Merkel's decisions regarding the country's refugee policy last year, which saw the arrival of 890,000 refugees in Germany.

Trump's comments were a far cry from his previous statements about the chancellor, in which he said Merkel should be "ashamed of herself" for her refugee policy.

At a rally in Ohio in August, Trump said, "Hillary Clinton wants to be America's Angela Merkel."

"And you know what a disaster this massive immigration has been to Germany and the people of Germany," Trump added.

"Crime has risen to levels that no one thought they would ever, ever see. It is a catastrophe."

Statistics compiled by the German Interior Ministry, however, showed that the number of crimes reported in 2015 remained essentially unchanged from the previous year (excluding visa and other immigration violations).

In December, after Chancellor Merkel was named Time magazine's person of the year, Trump tweeted that the US publication had chosen the person "who is ruining Germany."

Germany in the limelight

The endorsement from Trump on Thursday marked a rare point of agreement between him and his rival Hillary Clinton, who had also named Merkel as a favorite world leader hours earlier.

"I think she's been an extraordinary, strong leader during difficult times in Europe, which has obvious implications for the rest of the world," Clinton said.

"Her leadership and steadiness on the euro crisis and her bravery in the face of the refugee crisis is something that I am impressed by."

The two women have known each other for a long time - "back into the 1990s," the Democrat said.

"I've spent a lot of time with her and I hope that I'll have the opportunity to work with her in the future," she added.

Germany has so far played an unusually pronounced role in the US presidential election campaign, with Clinton and Trump both portraying the country in two very different lights.

While Trump has depicted Germany as doomed and on the brink of revolution, Clinton has portrayed the country as an ally of the US, as well as an economic competitor and role model for immigration.

Clinton and Trump are due to go head to head again in the second of three presidential election debates on October 9. 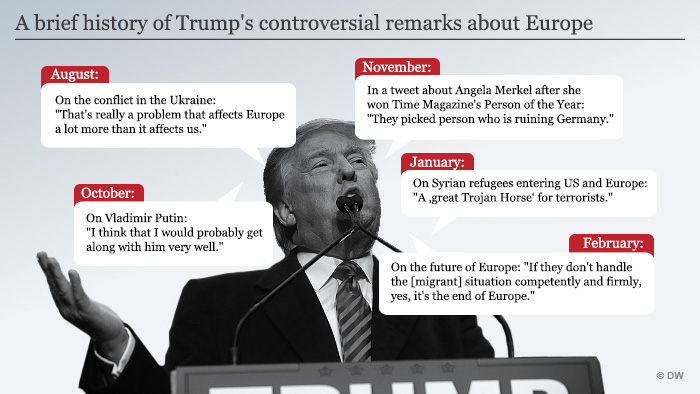 Clinton says Trump may have violated US Cuba embargo

US presidential candidate Hillary Clinton has accused Republican rival Donald Trump of breaking US law by violating an embargo on Cuba. A report alleges one of his companies tried to do business in the communist nation. (30.09.2016)