Fact check: Is Merkel′s immigration policy like Clinton′s? | Germany | News and in-depth reporting from Berlin and beyond | DW | 16.08.2016

US presidential candidate Donald Trump said on Monday night that his Democratic opponent Hillary Clinton "wants to be America's Angela Merkel," referring to her immigration policy. Was it a fair comparison? 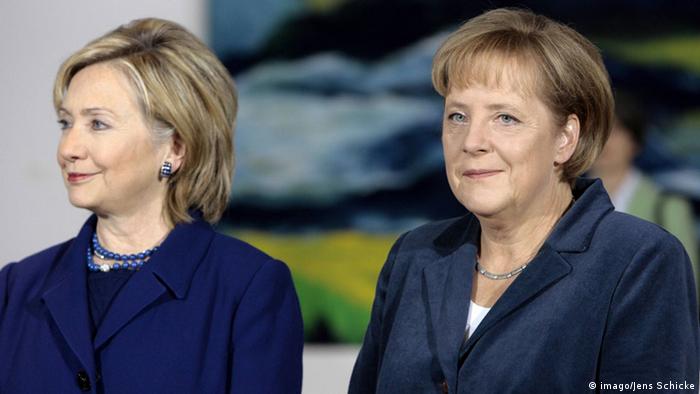 In a campaign speech on what he called "radical Islamic terrorism," Donald Trump presented Germany's immigration policy as a worst case scenario for the United States, and claimed that "Hillary Clinton wants to be America's Angela Merkel."

During the 50-minute speech in Youngstown, Ohio, the Republican presidential nominee strove to make a direct connection between increased immigration and terrorism. Trump said the common thread of "major Islamic terrorist attacks" in the US was that they had involved "immigrants or the children of immigrants," and therefore something he called "extreme vetting" was needed to filter out potential Islamic terrorists during immigration procedures.

He also described other dangers he saw associated with immigrants in Europe. "Beyond terrorism, as we have seen in France, foreign populations have brought their anti-Semitic attitudes with them," Trump said.

"In Cologne, Germany, on New Year's Eve, we have seen the reports of sexual violence and assault, far greater than anybody knows."

"In short, Hillary Clinton wants to be America's Angela Merkel," he said. "And you know what a disaster this massive immigration has been to Germany and the people of Germany. Crime has risen to levels that no one thought they would ever, ever see. It is a catastrophe. We have enough problems in our country. We don't need more."

So how do Clinton and Merkel compare?

To begin with a caveat: "fact-checking" the Merkel-Clinton parallel is an inexact science, since it means comparing the promises of an election candidate with the policies of someone who has been administering immigration - through her interior ministry - for 11 years. 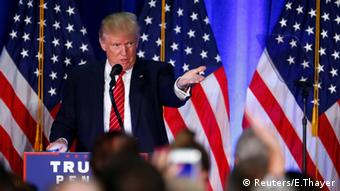 Trump's claim that Clinton wants to oversee a 550-percent increase in Syrian refugees coming to the US is based on an interview she gave to US TV network CBS in September last year. When asked how many Syrian refugees the US should accept, Clinton said, "I think the United States has to do more, and I would like to see us move from what is a good start with 10,000 to 65,000 and begin immediately to put into place the mechanisms for vetting the people that we would take in."

But Germany has taken in around 630,000 Syrian refugees since the Syrian Civil War began in 2011. According to official interior ministry figures, around 100,000 came between 2011 and 2014, and another 430,000 in 2015. These, it should be noted, are just the absolute figures - not all have applied for residency permits or are still in the country. Nevertheless, Clinton's 65,000 is still a long way behind Merkel's figures.

However, as Trump also said in his speech, "The United States Senate subcommittee on immigration estimates that Hillary Clinton's plan would mean roughly 620,000 refugees from all current refugee-sending nations in her first term."

But this is a figure founded on guesswork. As the website "factcheck.org" pointed out, the subcommittee's estimate is based on adding President Barack Obama's target of 100,000 refugees for the fiscal year 2017 to the extra 55,000 Syrians Clinton mentioned in her CBS interview, and extrapolated over a four-year term. Clinton has never explicitly made any "plan" to let in a certain number of refugees.

(Note to Trump: There hasn't been an explosion in crime in Germany since the refugee influx. According to federal police statistics, crime in Germany fell slightly between 2014 and 2015 from 7,337 crimes to 7,301 per 100,000 residents - that is excluding crimes against foreigner residency laws.)

On her website, Clinton promises "comprehensive immigration reform" within her first 100 days in office. This includes focusing resources "on detaining and deporting those individuals who pose a violent threat to public safety, and ensure refugees who seek asylum in the US have a fair chance to tell their stories."

This does, in fact, sound a lot like the Merkel administration's most recent policy statement on the issue, delivered by Thomas de Maiziere last week. The interior minister said that "endangering public safety" will be introduced to Germany's Residence Act as a reason to deport an immigrant. "In this way, we will in future increasingly use the instrument of deportation for foreign criminals and people likely to pose a threat," the minister said.

Latest government figures show that Germany has indeed increased deportations in recent months - especially to Balkan countries. On top of that, more people have also been prevented from entering Germany in the first place. 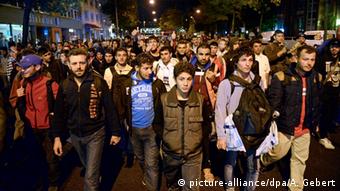 In a December 2015 speech, Clinton said that Syrians could not be let into the US blindly: "We also have to be vigilant in screening and vetting refugees from Syria, guided by the best judgment of our security and diplomatic professionals," Clinton said.

Germany is also moving to increase screening - in the raft of new security measures he presented last week, de Maiziere included a proposal to check the smartphones of refugees who arrive at the border. "If you want to come to Germany, we have to make safety checks on you. And to make safety checks, we will ask you to show us your Facebook contacts from the last few months, which are public in principle anyway," he said.

One of the immigration promises Clinton presents on her website is to end the "three- and ten-year bars" - a law that prevents applicants from returning to the United States, if they were previously in the US illegally. Many US campaigners have pointed out this is an incentive for illegal immigrants to remain illegal, since the alternative is to leave families to apply for a green card abroad, and then end up being barred for three or ten years.

There is no equivalent to this in Germany, though immigration law does allow spouses and children of immigrants to join them if the immigrant already in Germany has enough income to support them and accommodation that is big enough.

Clinton also promises to "end family detention and close private immigration detention centers," for those who arrive at the US border in desperate situations. Germany does not have detention centers for refugees. Though asylum seekers are obliged to live wherever the authorities tell them to, they are allowed out whenever they want.

So there are certainly some parallels between Clinton and Merkel when it comes to immigration, though many of Merkel's policies are based on laws that Germany had in place anyway.

Donald Trump has vowed an overhaul of the US immigrant screening process to bar those who "don't embrace American values." In a speech on national security, Trump also called Germany's immigration policy a "disaster." (15.08.2016)

The US has long warned its European partners it was losing patience with paying the majority of NATO's bills. The nomination of Donald Trump has made the threats of a US withdrawal from NATO seem real and present. (15.08.2016)

Donald Trump goes off message, again, in latest attack on the media

Trump says he is furious at media coverage of a comment he made on the "Second Amendment," which many took as a call to arms. He is also angered by suggestions of growing dysfunction and confusion inside his campaign. (14.08.2016)