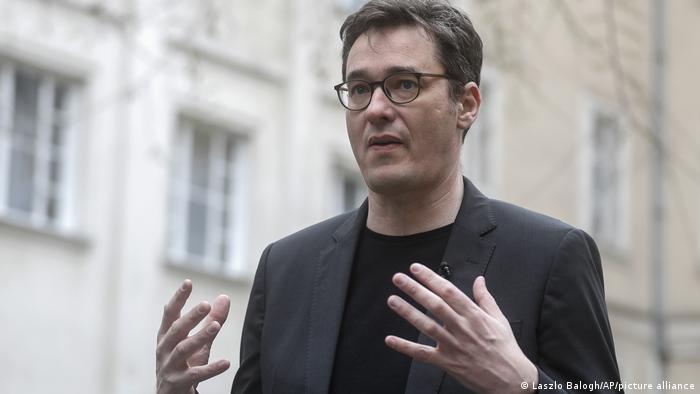 Budapest's liberal Mayor Gergely Karacsony on Saturday declared his plan to contest joint opposition primaries in September and October, hoping to become top challenger to Viktor Orban in general elections due next April.

Since 2010, the hardline national Orban and his Fidesz party has won three successive landslides under an election system favoring large parties and frustrating a previously fragmented opposition.

"I will run for prime minister candidate in the opposition primaries," said the 45-year-old Karacsony.

Posting a video message from his home village of Nyirtasson, 270 kilometers (170 miles) from Budapest, Karacsony said he felt "my homeland is in big trouble; our country is divided to the extreme."

A first joint oppositon primary in September will decide on three potential candidates, who will then advance to a run-off primary in early October to decide who will lead the alliance against Orban.

Karacsony is widely tipped to emerge as challenger in those ballots because three of the six parties have already signaled support for him.

He was elected Budapest mayor in 2019 during municipal elections that lead to losses for Fidesz and gains for opposition candidates in a majority of Hungarian cities.

Orban, an advocate of what he terms "illiberal democracy" and a firm opponent of immigration into Europe, has often clashed with the European Commission in Brussels over his authoritarianism and clamps on judicial independence, education and the media.

In 2018 an election monitoring team from the Organization for Security and Cooperation in Europe (OSCE) identified "intimidating and xenophobic rhetoric, media bias and opaque campaign financing."

A Median pollster survey earlier this week put Orban's Fidesz at 40% of all voters while the joint opposition was backed by 36%.

Hungary's ruling Fidesz party cut off ties with its center-right European sister-parties. The move follows mounting tensions between Hungary and other EU member states over concerns of rule of law in the country.

A diverse cast of political parties from the left, liberal and even far-right have come together in an alliance that hopes to build on the success of municipal elections in 2019.

Plans to set up a Chinese university in the Hungarian capital, Budapest, are proving unpopular. Two-thirds of the country’s population are against the project, while the opposition is threatening to block construction.