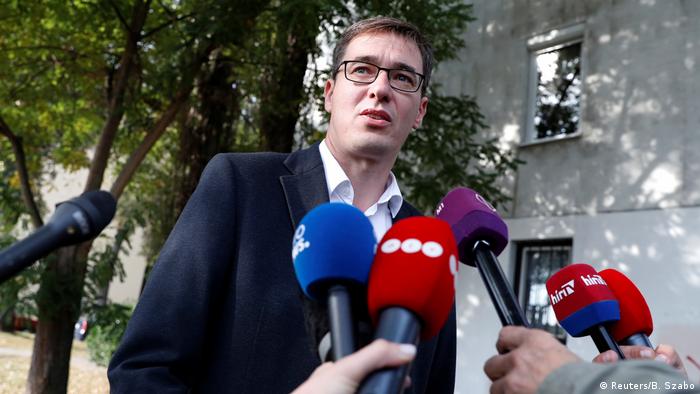 With more than 70% of the votes counted in Sunday's Budapest mayoral election, opposition challenger Gergely Karacsony was leading incumbent Istvan Tarlos by 50.1% to 44.8%, according to preliminary results.

Tarlos, 71, who had been in office since 2010, has conceded defeat and called his rival to offer his congratulations.

"On the national level, the result is nice, but in Budapest, there is thinking to be done," he told a news conference flanked by Prime Minister Viktor Orban. "Budapest made the decision to elect Gergely Karacsony today."

The result is an upset for Orban's ruling Fidesz party, which hasn't suffered an electoral defeat since it came to power nine years ago.

Karacsony, who was backed by a number of opposition groups from across the political spectrum, called the win "historic."

"I'd like to put the relationship between Budapest and the government on a new plane. We are readying not for war but for cooperative construction," the 44-year-old center-left politician said. "Budapest will be green and free, we will bring it back to Europe."

The nationwide municipal polls were seen as a test for the opposition's new strategy of banding together behind a single candidate against Fidesz.

More than 8 million people were eligible to vote for over 3,000 mayors and more than 17,000 local council members in Sunday's vote.

The election turnout was nearly 50%, one of the highest participation rates in local polls since Hungary's return to democracy in 1990.