Thousands took to the streets in opposition to the expensive project as soaring debt to China and Prime Minister Viktor Orban's overly friendly attitude toward Beijing anger many. 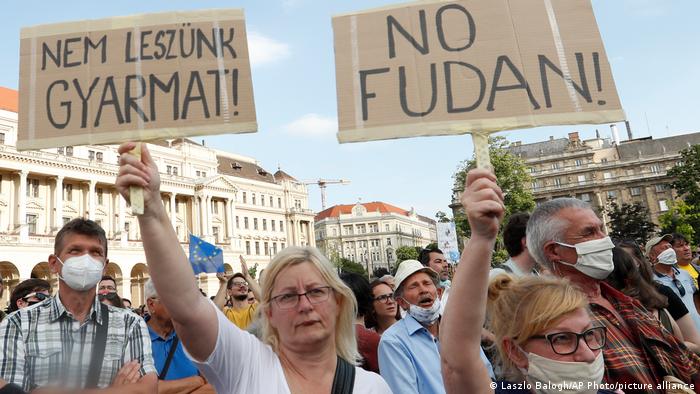 An estimated 10,000 Hungarians took to the streets of Budapest on Saturday to protest the planned construction of an elite Chinese university campus on a massive plot of derelict land in the Hungarian capital.

The plan, agreed to by Prime Minister Viktor Orban in April, would see Hungarian taxpayers on the hook for the €1.5 billion ($1.8 billion) construction price tag of the Shanghai-based Fudan University extension campus — the first Chinese university in Europe.

About €1.3 billion of this money would come in the form of a Chinese loan, according to documents obtained by the Hungarian investigative journalism group Direkt36.

Final construction of the 500,000 square meter (5 million square foot) site is slated for 2024 and will be built entirely with Chinese labor and materials. 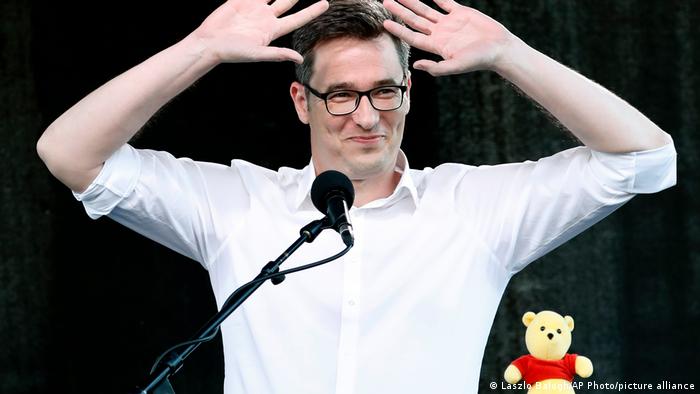 Budapest Mayor Karacsony trolled Chinese President Xi Jinping with a Pooh bear, something that is forbidden in China

According to polls, a vast majority of Hungarians oppose the plan to have them pay for construction of a foreign university at a site that was supposed to be dedicated to affordable housing for students from low-income rural Hungarian families.

"I do not agree with our country's strengthening feudal relationship with China," said Patrik, a protesting 22-year-old student. He said funds should be used, "to improve our own universities instead of building a Chinese one."

"Fidesz is selling out wholesale the housing of Hungarian students, and their future, just so it can bring the elite university of China's dictatorship into the country," the organizers of Saturday's protest wrote on Facebook.

Orban's government argues that Fudan University would allow thousands of Hungarian and international students to acquire a high-quality education. But critics are loath to believe the man who forced billionaire George Soros' Central European University out of Hungary in 2018 only to replace it with one that deleted references to "freedom of thought" from its charter in 2019.

Fears Orban is turning Hungary into a Trojan Horse

Direkt36 took to Twitter on Saturday to highlight a prior report by one of its journalists outlining perhaps the biggest concern about the project, writing, "Viktor Orban's Eastern Opening policy helped Chinese intelligence set foot in Hungary, turning the country into a collision zone between China & the US."

Szabolcs Panyi, the Direkt36 journalist who wrote the report, told DW that Hungary's openness creates a friendly environment for Chinese intelligence. Noting Beijing's penchant for coercing its students abroad to assist the country's intelligence agency, Panyi says, "The larger the Chinese footprint is in Hungary, the larger the risk of espionage."

Many see the Fudan University project as the latest installment of Orban's "Eastern Opening," which has been described by observers as a geopolitical balancing act.

Though Orban envisioned massive amounts of Chinese cash in return for his continued fealty to Beijing, little has materialized over the past 10 years, leading critics to argue that he has offered up Hungary as China's Trojan Horse into the EU and NATO and gotten nothing in return.