How to fight food waste: From laws to artificial intelligence | Europe | News and current affairs from around the continent | DW | 11.06.2022

How to fight food waste: From laws to artificial intelligence 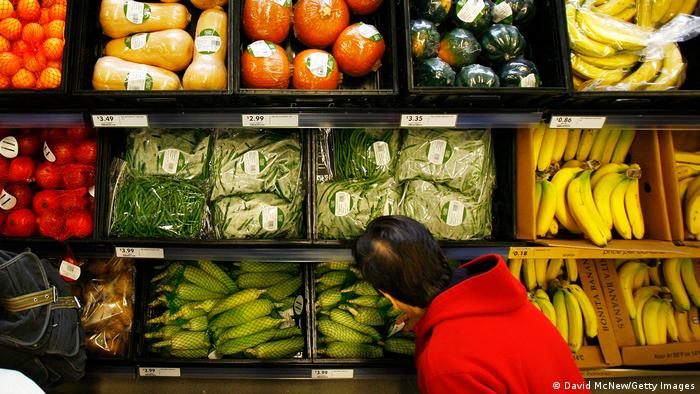 Tons of perfectly edible food are wasted every year

1.36 million metric tons ― that's how much food Spain wastes every year, according to Luis Planas, the country's agricultural, fisheries and food minister. That equates to 31 kilograms (68 pounds) per person of perfectly good food that gets tossed each year.

Madrid is planning to bring this number down with a new set of regulations to rein in food waste. The government approved a draft bill that would see supermarkets fined for throwing away surplus food ― by up to €60,000 ($57,000), or as high as €500,000 for repeat offenders. The law, if passed by parliament, would also make it mandatory for restaurants to offer so-called "doggy bags" for guests to take home their left-overs.

Spain hopes to have the law in place by early 2023 to curb the amount of food that lands in the garbage instead of on someone's plate, and to reduce environmental costs.

While millions of people suffer from hunger, every day across the world food is wasted at all points along the production chain, from farm to plate. The measures now on the table in Spain are one way to tackle this global problem.  But there are also many other approaches governments, organizations and individuals are taking to reduce food waste.

Video explainer: Why one third of our food goes to waste

Laws and regulations: The top-down approach

Spain's parliamentarians will still need to vote on the new law. In France, it is already illegal for supermarkets to destroy or throw away unsold food. They have to donate it instead, providingmeals to charities or foodbanks. The law was introduced in 2016 after a grassroots campaign by shoppers and activists working to tackle poverty and food waste.

Italy introduced legislation in 2016 that made it easier for companies to donate food, including dropping the rule that food past its sell-by date couldn't be donated anymore.

That is a change that Simone Welte, nutrition expert with the Welthungerhilfe, a German aid organization that fights hunger worldwide, would like to see in Germany as well.

"The process of donating to food banks needs to be better organized," Welte told DW. "And it should be allowed to donate foods that have passed their best-by date, because those usually aren't bad yet."

A step down from government action, there are lots of NGOs on the city, county or state level that work with farms, retailers and the hospitality industry to redistribute surplus food so it doesn't go to waste. One of these organizations is the Felix Project, which has been tackling hunger and food waste in London since 2016.

"It's predominantly a logistics operation," Amy Heritage, a spokesperson for the Felix Project, told DW.

A giant logistics operation ― the NGO has four large warehouses in different corners of London, as well as a large kitchen. They collect food that would otherwise be thrown away from more than 400 suppliers, like supermarkets and restaurants. Then the food is organized and checked by a large number of volunteers, before it is redistributed to the roughly 1,000 local organizations the Felix Project works with. The places receiving food include charities, foodbanks, community kitchens and schools.

"A lot of people think the food is rubbish," Heritage said. But that's far from the truth: "The quality is pretty astounding"

By the end of the year, the Felix Project estimates, it will have distributed the equivalent of 40 million meals across London. In 2021, it was 30 million meals. In 2019, before the coronavirus pandemic, the number stood at six million meals.

To keep tackling food waste, and to do it more efficiently, organizations like the Felix Project need more of two things, Heritage says: funding and volunteers. The warehouses, the cars, the kitchen supplies ― all of that costs money, and it takes many hands to keep a large logistics operation running smoothly.

AI: How technology can help to cut down food waste

Winnow, a company based in the United Arab Emirates, is using artificial intelligence (AI) to help large commercial kitchens reduce their food waste. Clients include companies, hotels, restaurants and cruise ship lines in 45 countries across the world.

The way it works, Winnow spokesperson Maria Sanu explained to DW, is simple: The garbage cans in Winnow's clients' kitchens are equipped with scales and cameras that record information about what food and how much of it is thrown away. That information is compiled into daily, weekly or monthly reports that the chefs can use to adjust the amount of groceries they buy. 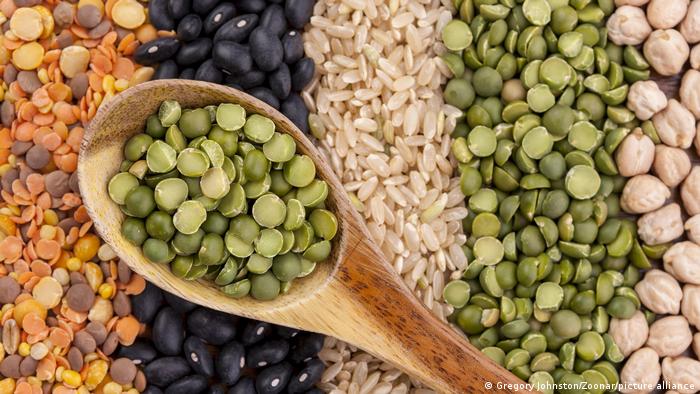 How much peas is enough, and how much is too much? Winnow helps chefs plan the amount of groceries they need.

Clients with large offices also have trashcans with this equipment to find out what parts of the cafeteria food their employees throw away.

"If people always throw away parts of their dessert, maybe the cake slices need to be smaller," Sanu said. "If there are lots of tomatoes in the trash, it could be time to offer the salad without tomatoes as well."

The process, be it for industrial kitchens or corporate cafeterias, helps chefs improve their food production processes, "saving money and reducing their environmental footprint," Winnow states on its website.

What else can we do?

In the Global South, nutrition expert Welte from the Welthungerhilfe said, consumers rarely throw food away, "because they need to make do with what little they have."

But the storage of food before it is delivered to retailers can be improved. "There' still a lot of traditional storage," Welte said. "For dry goods like grains and nuts, it would be great to use airtight bags. That keeps out pests and prevents molding."

In Germany on the other hand, 40% of the 75 kilograms of food that go to waste per person per year is thrown away in private households, making individual consumers the biggest source of waste.

"The consumer has gotten used to the fact that there's always an abundance of food," Welte said.

The 75 kilograms of wasted food that goes straight into the garbage equates to one third of a household's weekly grocery haul. 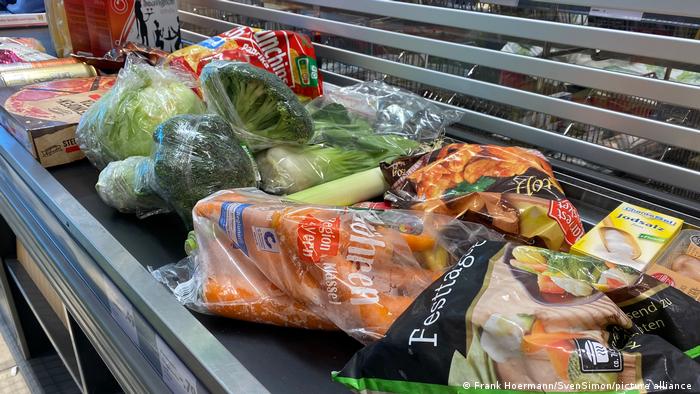 "Prior to the current inflation, food has been cheap in Germany," Welte said. "There's just no awareness of what goes into producing it."

So what can individual consumers do to waste less food? Welte's advice: Don't toss anything just because the best-by date has come and gone.

"Smell it and taste it to find out if it's still edible," the nutrition expert said. "Yoghurts are almost always still good after the best-by date. Old apples can be used to make apple sauce."

Also: Buy smaller amounts in the first place, even if it means having to return to the supermarket later in the week. That way, you don't risk food going bad.