How the German-Turkish labor agreement influenced the arts 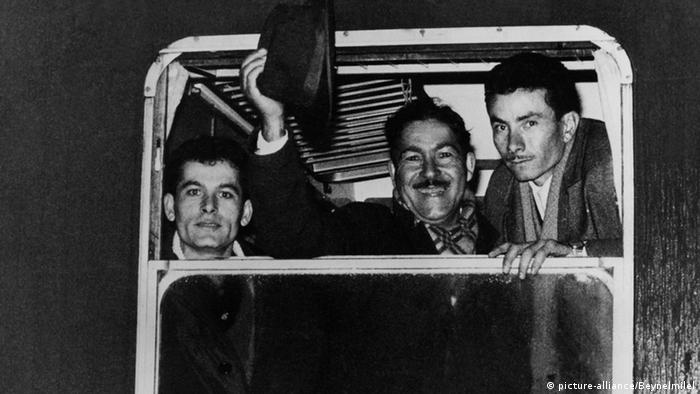 Germany was in the middle of the economic boom, the "Wirtschaftswunder," when Berlin signed the labor recruitment agreement on October 30, 1961, with Turkey, after previous deals with Italy, Spain and Greece.

At the time, foreign workers were desperately needed. Until the agreement ended in 1973, more than 800,000 so-called guest workers came to Germany and were taught the ropes, working in mines and factories. For many, Germany became a second home. They stayed on, set up their lives and started families.

At the same time, many processed their impressions and experiences in a foreign country through art. They created songs, pictures, books and films — sometimes depicting a link to the old home, sometimes rebellion and sometimes holding a mirror up to the society where they came from.

Singer Yüksel Özkasap became a big star among the Turkish community in Germany. More or less unknown to the German public, the "nightingale of Cologne" sang about her lost homeland in Turkish.

Özkasap broke many records with her music sales and was honored with many prizes.

'Drink beer, and then you're welcome here'

As the years passed, immigrants also began to engage with their lives in their foreign home in the German language, like the raspy voiced singer Cem Karaca, who appeared on the TV talk show Bio's Bahnhof in October 1985. Karaca did not come to Germany as a guest worker, but with a group of political refugees fleeing Turkey's military coup in 1980.

In his song, "Deutscher Freund" ("German Friend"), he sang about the Turkish immigrant swapping his humanity with factory work on the assembly line. In his sarcastic ballad, "Willkommen" ("Welcome"), he commented on the debate around integration. He sang about how a Turk is welcome in Germany if he drinks beer, commenting that as he begins to forget Allah he is integrated a little more into German society. 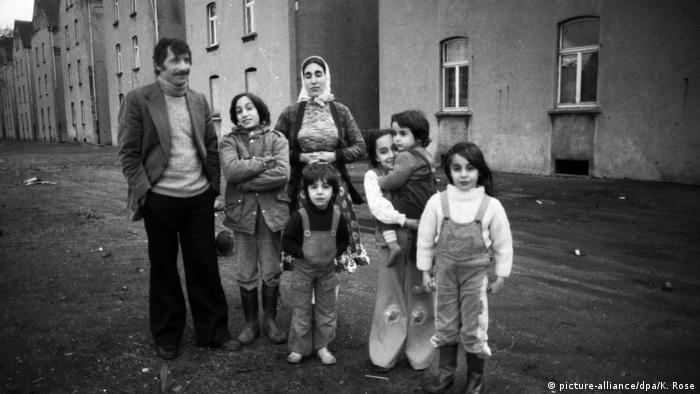 Many Turkish families started new lives in cities such as Duisburg, including this family in 1979

Numerous authors like Emine Sevgi Özdamar, Aras Ören and Renan Demirkan, and films such as 40 qm Deutschland (40 square meters of Germany) by Tevfik Baser discussed the themes of foreignness, identity and loss of language.

The guest worker and poet Semra Ertan, who wrote the lines, "My country sold us to Germany/like stepchildren, like unusable humans," tragically died in May 1982 when she set herself on fire at an anti-racist protest in Hamburg.

After the racist attacks of Mölln and Solingen in the 1990s, the children of the guest workers began to raise their voices. The Berlin hip-hop group Cartel became the first Turkish rap band, and also gained fame in Turkey. They touched a nerve with the youth in Germany and Turkey with its song, "Cartel."

Musician Erci E was there at the time. "It was a different Germany than today. We did not have politicians with a migrant background, no hosts on television news or sportspersons who obviously contributed something to Germany, but were actually not at all from Germany," he said.

"We were like a quiet mass, which was here only as a guest and was supposed to go back soon."

He said the fact that immigrants did not have any representation — and the potential for more attacks — affected people's psyches. "In hindsight, you understand why our music was good for people because we shouted out for them, we said, 'It can't go on like this, we are here, we're not going to let this happen to us.' That was a relief, a release, and self-confidence." 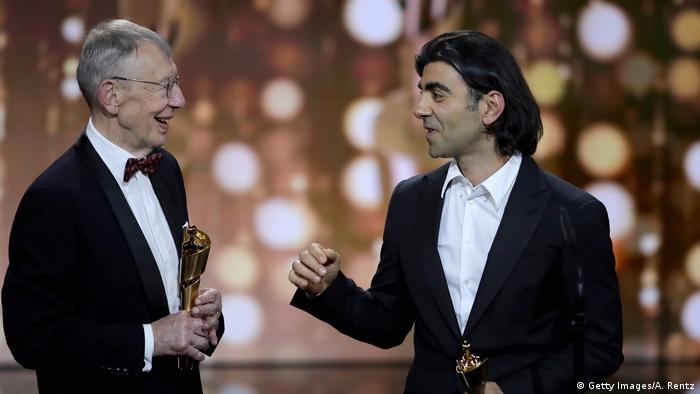 Fatih Akin (right) was awarded for his 2017 movie 'In the Fade,' which depicts an attack on immigrants by neo-Nazis

Even three decades after the arson attacks, racism and anti-foreigner sentiment are still a topic for artists of Turkish ethnicity. Comedian Idil Baydar has won several prizes for her fictional figure of the migrant brat, Jilet Ayse, who never minced words, but she was also targeted by death threats from right-wing extremists.

"Jilet Ayse is actually the first and the only character who focuses on the Germans and shoots back at all the insults that she has had to endure with her migrant identity," said Baydar. "She says, no, I will not explain to you why we don't eat pork. You will explain why you have nothing better to do than to make migrants into criminals, violent offenders, misogynists and polluters, and above all, educationally backward." 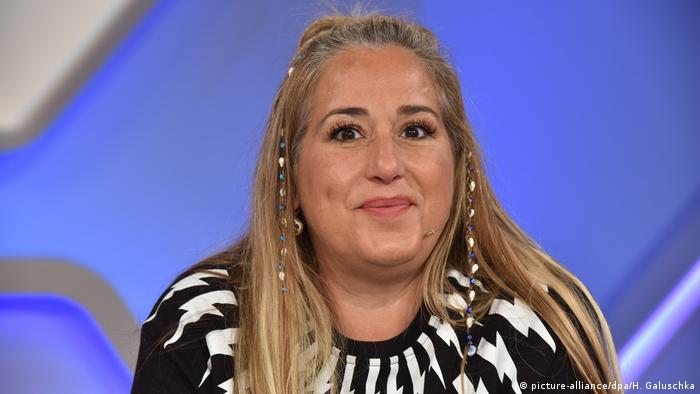 Comedian Idil Baydar has been recognized for her social commentary

The character, Baydar said, makes it clear how it feels to be insulted. "That is exactly why freedom of art is so important, so that we have this space to come to terms with certain things," she said.

A new generation of theater artists, specifically at the Ballhaus Naunynstrasse and the Maxim Gorki Theater in Berlin, are also taking on the migration backgrounds of their families. Among them is playwright Hakan Savas Mican.

"What interests me is to observe certain themes, not from a migrant or ethnic point of view, but to analyze economic relations, class relations," he said.

More and more people and their stories are reaching the stage, he said — stories that until now had not been part of the dominant white narrative, in cinema or onstage. These are not only people with a migrant background, but everyone who has been alienated by the system until now, he said.

Sixty years after the labor agreement, around 3 million people of Turkish heritage live as a visible part of German society. Quite a number of artists, from the director Fatih Akin, who has won several international awards, to the writers Feridun Zaimoglu and Fatma Aydemir, are now an essential part of the German cultural landscape.

A 'guest worker' reflects on her decision to go to Germany

Istanbul photographer Ergun Cagatay documented in 1990 the life of the Turks who stayed in Germany following the 1961 recruitment agreement. The photos are showcased in an exhibition.