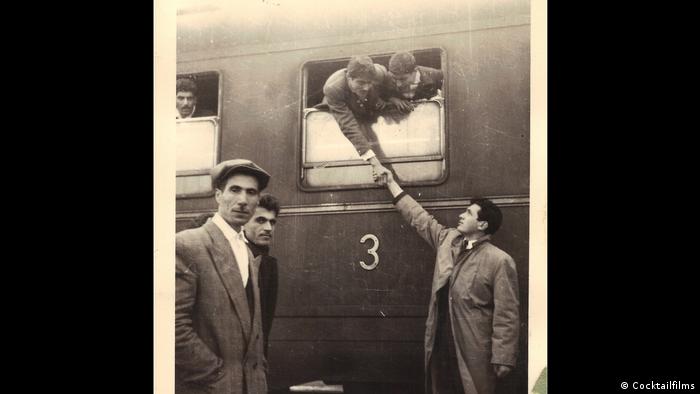 Platform 11 at Munich's main train station is where many of Germany's "gastarbeiter" — which literally translates as "guest workers" — arrived from 1955 to 1973.

At the time, laborers were urgently needed to keep the machinery of the German industrial powerhouse in operation. After World War II, the country lacked a working-age population because of death, imprisonment and other war-related consequences. As a result, labor recruitment agreements were made with several countries to ensure that the flow of men — and later women — would not stop.

During these 18 years, thousands of people, primarily from Italy, Spain, Greece and Turkey, made their way to Germany. Without internet or social media, they were connected to their homelands through pay phones, letters and packages, some of which took weeks to arrive.

In 2021, Germany looks back on the 60th anniversary of its labor recruitment agreement with Turkey. In the German state of North Rhine-Westphalia, around one-third of residents have a migration background.

These days, many of those who came to Germany after the first call for labor are well into old age. Their children and grandchildren, the second and third generations of the immigrants, have long been and continue to be a topic of discussion in the media, in films and academic discourse.

But the first arrivals, those who went directly from the train platform into the mine shaft or into the sewing shop, have rarely been represented in the media or in film. 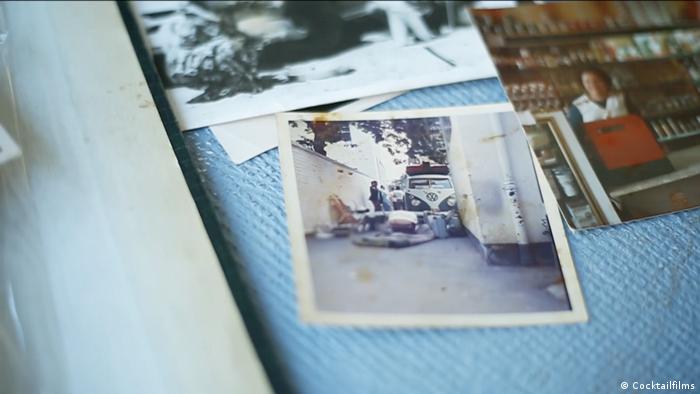 Different stories to tell in 'Gleis 11'

A homage in film

Filmmaker Cagdas Yüksel, who belongs to the third generation of Turkish immigrants, set out to change that with his documentary film Gleis 11 ("Platform 11").

His grandparents came to Germany as so-called guest workers, and like many others, they stayed. His grandfather died young in a traffic accident, leaving his grandmother to raise eight children alone in a foreign country. Her story inspired Yüksel to honor her and others from her generation. He wanted to "let this generation speak for itself" he told DW.

Initially, it looked as if Gleis 11 would never make it to the big screen. The topic was criticized as "irrelevant," and not cinema-worthy Yüksel said. These opinions did not stop him from sticking with his project over many years. "Every time I talked to these people, I was convinced that they had so many exciting stories that would be perfect to tell in a film." 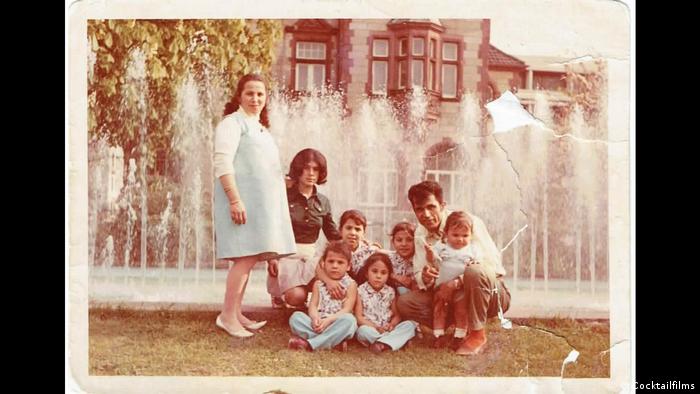 He wanted to prove that his subjects and their stories were worth telling, the 27-year-old told DW. He persevered "with tears, patience and coffee," he recounted at the premiere of his film. He finally found the support he needed as part of the #IchDuWirNRW integration and appreciation campaign run by North Rhine-Westphalia's Ministry for Children, Family, Refugees and Integration and Serap Güler, the state secretary for integration. Gleis 11 begins with sound bites from German passers-by in reports from the early days of the recruitment agreement: "There are too many of them here," says one woman. "They only want to earn money, but not work," says another. Other perspectives are also present; one person says: "I don't think we can do without guest workers."

The film tells five parallel stories about migrants from that era.

One of them is the story of the filmmaker's grandmother, Nezihat, who came to the West German city of Mönchengladbach from rural Turkey in 1970 with four daughters and later, after having four more children, opened her own small shop. She lost her husband at an early age and then had to raise eight children alone. 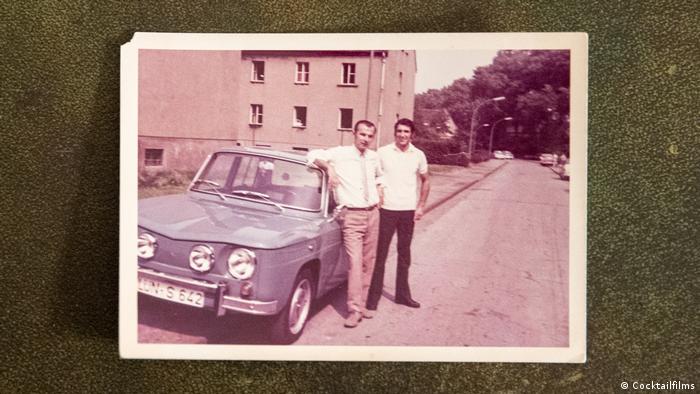 Osman Yazici in the 1970s as a successful restaurant owner

Osman, another main protagonist in the film, came from northern Turkey in 1963, and worked in Essen before later opening the first local Turkish restaurant.

Bartolomeo from southern Italy, explains how he met "a beautiful woman" and found happiness in Germany.

Marina, from Greece, came to North Rhine-Westphalia via Munich and reports — still somewhat embarrassed — how she threw the banana given to her in a "welcome bag" out of the train window because she simply didn't know how to eat it.

And in one of the film's most moving scenes, the couple Esref and Ayse return to their home in southern Turkey after 49 years.

Yüksel lets his interviewees recount their dreams, their expectations and tell of the hopes they had when they arrived. The movie thus bears witness to the unshakable optimism and stamina of migrants who sought and found happiness alone in a foreign country.

Yüksel told DW how remarkable he found it "that despite this initial situation, a person can bring and cherish so much optimism." Whether intentionally or not, Germany appears in Yüksel's film as a country where it is constantly grey or raining. In this way, the contrast to the home country of those who emigrated becomes even clearer and represents the immense homesickness that some of them report. 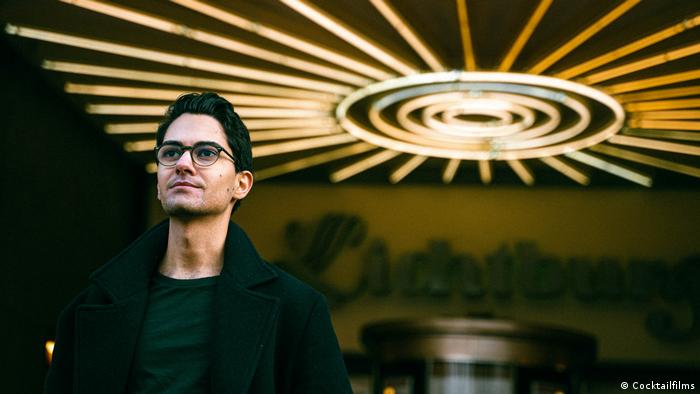 Yüksel celebrated the online premiere of his film on Janaury 24, 2020

On January 24, the premiere of Gleis 11 took place at Essen's Lichtburg, Germany's largest movie theater. Only Yüksel's staff were present — and four of his protagonists. An online premiere was also held, and so many people logged on to watch the film that the server of Yüksel's website crashed. In non-pandemic times, these 1,300 viewers would have meant a sold-out theater — for a film that had once been rejected as being too "niche."

There has also been a great deal of interest in Gleis 11 from Turkey. Numerous people in the country purchased tickets for the virtual premiere. Some Turkish schools and universities have expressed interest in screenings, and Turkish distributors have also shown interest.

One of the film’s main characters, Yüksel’s grandmother Nezihat, was also present at the premiere. Lovingly, she watched her grandson as he moderated the digital event. She answered questions from the audience at the virtual premiere, which were read from a smartphone. She says she has never regretted coming to Germany.

European migration stories told one object at a time

Europe wouldn't exist without migration, says the director of a German virtual migration museum. From "guest-worker" recruitment signs to audio cassettes from Turkey, the museum's archive is a treasure trove of stories.

In the 1960s, Turkish workers arrived in Germany to fill the demand for cheap labor in a booming post-war economy. Many of them never left, creating a minority community that changed the demographics of Germany forever.

'Turks in Germany still lack a sense of belonging'

It's been 55 years since Germany's recruitment agreement with Turkey. But many Turks still don't feel well integrated, says Gökay Sofuoglu, chairman of the Turkish Community in Germany (TGD).