The film "Borga" tells the story of a Ghanaian migrant who wants to make it big in Europe. But the reality of his new life in Germany largely shatters those dreams.

Following the success of Queen Sono, which became the first African production to be screened on Netflix last year, feature films that portray contemporary African culture and experiences are also making their mark internationally. Among them is German-Ghanaian migrant drama Borga, which recently won multiple awards at the 42nd Max Ophüls Prize Film Festival, including Best Feature Film and Socially Relevant Film.

The film's title is taken from the Ghanaian word "Borga," which describes people who have moved abroad to make money — with the implied expectation of becoming a success.

Kojo, played by German-Ghanaian actor Eugene Boateng, is one such migrant, a Ghanaian who moves to the German city of Mannheim with the hope of making his fortune. But Borga highlights the gap between dream and reality. Kojo manages to only scrape through in Germany by getting involved in an illegal business — his only chance to make a living, and to be seen as a "Borga" success back in Ghana. 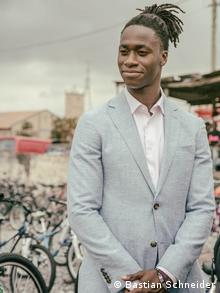 Borga follows on from another film that reflects on the African immigrant experience, the 2020 Berlinale competition entry Berlin Alexanderplatz, which follows the struggles of a refugee from Guinea-Bissau in Germany. Both films explore the integrated themes of globalization, social inequality and migration in the 21st century.

Empowerment rather than victimhood

Opening in Accra, the Ghanaian capital, Borga initially employs a documentary-like lens to portray Kojo’s early struggle against adversity. We see the young protagonist scavenging for scrap metal on a garbage dump while growing up in Agbogbloshie, one of the poorest suburbs of Accra.

Amid the despair comes hope, dreams of escape from destitution that ultimately drive Kojo away from his home.

His quest to seek riches abroad and receive recognition from his family is the core of the film, says German director York-Fabian Raabe, whose debut feature also won the Audience Award at the Max Ophüls Prize Film Festival.

'Very clearly made for Ghana'

Raabe spent five years writing the Borga screenplay for his first foray into fictional feature filmmaking. To ensure authenticity, Ghanaian consultants and creatives worked with Raabe from the beginning of the project. 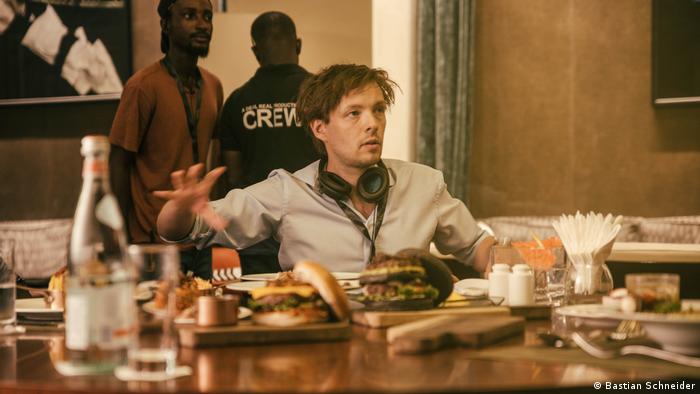 Director York-Fabian Raabe's collaborated with Ghanaian filmmakers from the outset

The actors speak their native language, mainly Twi, throughout a film that is subtitled and contains only a few moments of spoken German.

"The unique thing about an actor slipping into his own tongue is that he gets to connect with what he is playing and what he is doing in a different way. The language itself is the key to more intimacy," said Raabe.

"The film is not only made for the Western world. It is very, very clearly made for Ghana," he added.

"This was such a special and emotional project for the Ghanaians," he said. "They all felt so connected to the story, and felt like it was their own story too." 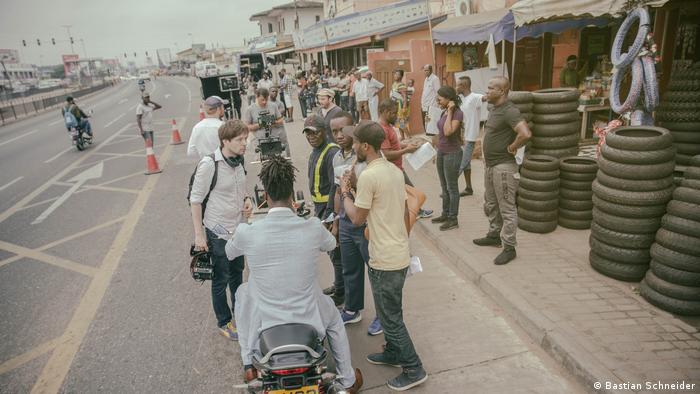 The film was shot on location in Accra, Ghana

Born in Germany to Ghanaian parents, Boateng well knows the kind of expectations that a "Borga" faces in real life. Whenever he visits Ghana, people shout the word when they see him walking on the street.

"All the Ghanaians I know, all my family members, we have this pressure to play 'Borga' as soon as we are in Ghana," he says, explaining that the word actually is derived from the name of the German city of Hamburg.

"When you come to Ghana, you spend a lot of money and show that you're doing well in Germany or in the Western world," he said. "But most of the 'Borgas' are actually not doing so well. They don't have the jobs here that they actually want to do. They save for several years and then when they are visiting in Ghana, they spend all their money within a few weeks."

Borga especially reflects on this double life. When Kojo arrives in Mannheim, he sets out to find his buddy Nabil's uncle, who is supposedly a "Borga" himself. Kojo only has one photo of him, in which the uncle is seen posing in front of a swanky car and mansion, draped in thick jewelry. 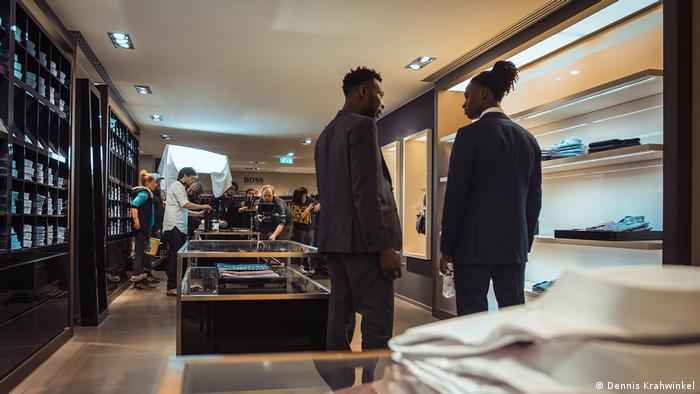 Kojo's new-found affluence is only for show

When Kojo finds him, the uncle reveals the secret to his apparent success: His friend takes and edits photos of him posing in front of cars, villas, yachts and even helicopters for the prize of €50. Soon realizing the great expectations on these fellow expats, Kojo inevitably creates his own intricate web of falsehoods and lies.

The film could play a role in raising awareness about the pressure that "Borgas" face when it finally premieres in Ghana, which had been delayed due to the COVID-19 pandemic. Having received so much critical praise in Germany, there is a great sense of anticipation for the film in Ghana, according to York-Fabian Raabe.

He hopes that in the second quarter of 2021 at the latest, some of the Borga cast and crew will be able to travel to Ghana and share the film with the people for whom it was made.

From Nollywood to Netflix, these contemporary African directors are shaking up the world of film and TV with bold new narratives and aesthetics.

A daring new adaptation of the legendary novel by Alfred Döblin hits the cinemas. This time, an African refugee is drawn into the Berlin underground.

Displaced: Tomatoes and Greed - The Exodus of Ghana's Farmers

The actor and producer of the award-winning film "Borga" says his background inspired him to work on this story about a Ghanaian who leaves his home country.