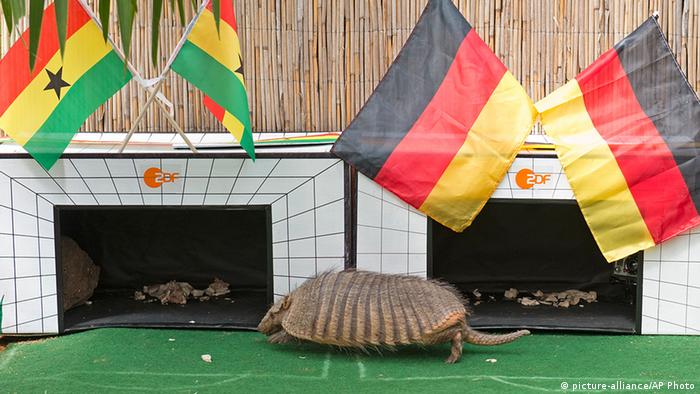 For Yibor Kojo Yibor, a Ghanaian cultural analyst, Saturday's event should offer an opportunity for Ghanaians to reflect more on Germany's culture and way of life. "I think that what is interesting for Ghanaians is the concept of German punctuality and consistency. Then there is the vibrancy of German culture," Kojo Yibor told DW. "I think if we could learn from these things it would be beneficial to us as a people."

Germany and Ghana have enjoyed friendly political relations since Ghana's independence in 1957. "Ghana is one of our key partners," Christoph Retzlaff, Germany's ambassador to Ghana, told DW. "Ghana has great democratic credentials, it is stable, and acts as a stabilizing factor for the whole region of West Africa. The country has a lot of economic potential."

He noted that the talent of Ghana's young creative people is one of the main reasons behind this potential. "What we want to achieve, in partnership with Ghana, is for the country to live up to its potential," Retzlaff said. According to Germany's Federal Foreign Office, Ghana compares well with other African countries in the region when it comes to democratic principles, good governance, adherence to the rule of law, respect for human rights and the maintainance of domestic stability.

In terms of trade, Ghana is positioned behind Nigeria and South Africa as the third largest trading partner in sub-Saharan Africa. In 2015, bilateral trade between the two countries grew to 536 million euros ($633 million), up from 470 million euros in 2014. That's according to Germany's Federal Foreign Office.

Germany exported goods to Ghana worth 266 million euros and its imports from Ghana were worth 270 million euros. Renewable energy, recycling, waste management and sustainable development form the backbone of economic relations. Germany has played a leading role in assisting Ghana deal with garbage processing, particularly dealing with e-waste.

The Goethe Institute, situated in Accra's residential area, has been active for more than 50 years. It also hosts German cultural activities which aim to promote cultural exchange between Germany and Ghana. 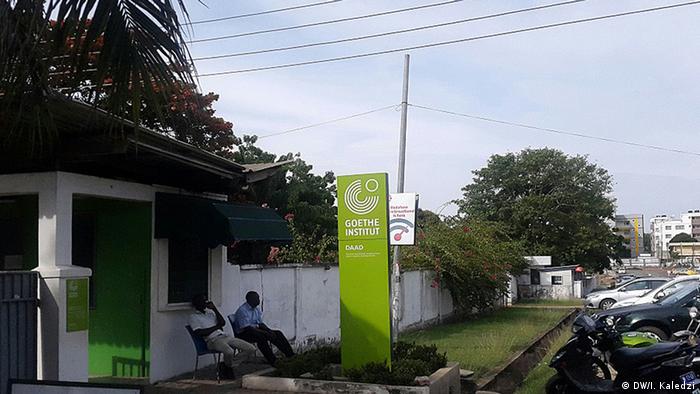 Many young Ghanaians, who attend German language courses at the Goethe Institute, hope that acquiring German language skills will boost their chances and opportunities if they travel to Germany for further studies.

Vincent Darkey, a young student in Accra, said that learning to speak Germany fluently will enable him to better understand the Germans. "I just want to be able to know how they think," Darkey said. Ernestina Haisans, another student, told DW that she is fascinated by the language. "It's very interesting, and secondly, my partner is there." For Lloyd Nketia, Germany is where he wants to pursue a higher education. "By next year, I want to go to Germany and continue my education with a bachelor's degree and Masters." 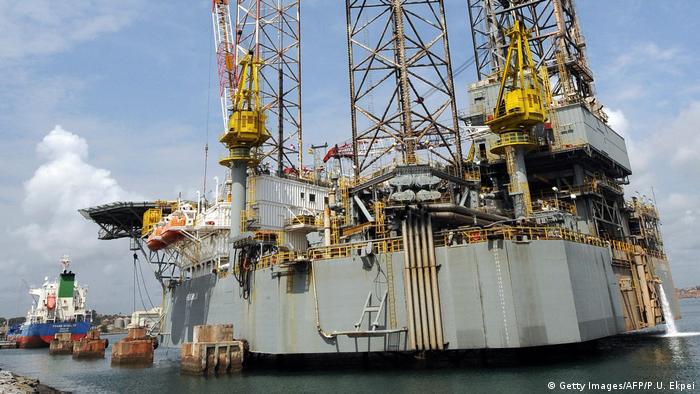 Apart from being one the world's largest cocoa producer, Ghana is also rich in oil

As chair of the G-20, Germany has developed an initiative, called Compact with Africa, to boost private investment and spur development. Ambassador Retzlaf said it's important for Ghanaian youth to take a leading role in the country's economic growth.

"We are, of course, of the opinion that it will be the young generation who will be shaping the future of Ghana in the next 20-30 years," Retzlaf said. "That is why we have started, for the first time, a program to support Ghanaian startups." He said Berlin is also expanding a program on vocational training in Ghana. "We are already doing a lot, but we want to do more."

Dumped in Africa: The final journey of a TV