The German government has unveiled a plan to help Ghana deal with electronic waste at Agbogbloshie, a major dumping site outside of the capital, Accra. The project aims to protect both workers and the environment. 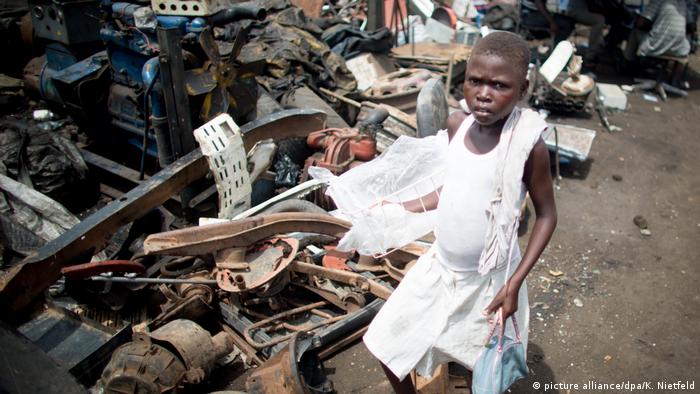 Young men busy themselves extracting copper from the dumped electronics and other scrap materials so they can resell what the collect. With bare hands, they burn the electronics, which causes a thick black smoke. Though this is a necessity for their business, the smoke makes it difficult for people nearby to breathe.

Agbogbloshie is the hub of electronic waste (e-waste) in West Africa and most of the electronics dumped at the site are hazardous. The site is notorious for the dangerous manner in which electronic waste is collected and burned. The practice pollutes not only the atmosphere but also nearby bodies of water and is dangerous for the workers. 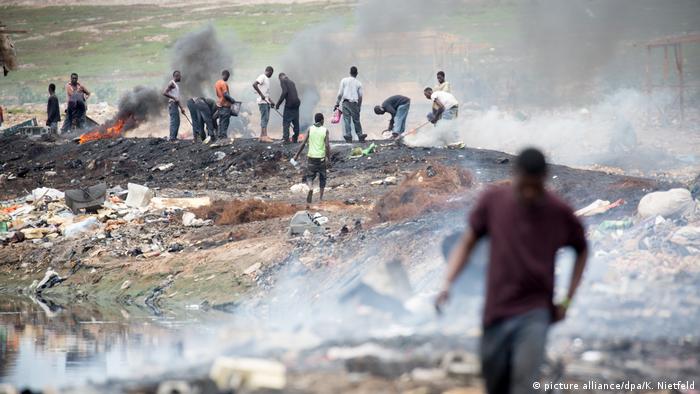 The processing of e-waste pollutes the environment and poisons workers

The German government announced this week a 20 million euro ($21.5 million) project it says will transform the electronic waste processing system in Accra. It calls for the building of an e-waste recycling facility where materials can be brought and sold and processed safely to the benefit of the local community. The plan was presented at a public event by the German Ambassador to Ghana, Christoph Retzlaff.

"The second component [of the plan] is a health station in Agbogbloshie to support people living there," he added.

The local group City Waste Management is already excited about the initiative and is positioning itself to make the best out of the project.

"We are grateful that the German embassy here in Ghana has come on board to do this with the Ghanaian private sector. We are looking forward to working with them," said Wendy Ahiayibor, a representative of the company.

Just a small amount of the millions of tons of e-waste produced annually is disposed of properly. That's bad for the environment. One German company is on the case - and is cashing in with recycling. (06.03.2017)

Lomé start-up Woelab upcycles old printers, computers and laptops into new products. They're also encouraging high-school students about how to get the most out of limited resources and promote a clean environment. (23.12.2016)

Smartphones - not so smart for the planet

Ten years have passed since Apple brought its first iPhone on to the market. Since then, nearly 7 billion smartphones have been sold around the globe - not without an impact on the planet. (06.03.2017)