Smartphones - not so smart for the planet | Environment| All topics from climate change to conservation | DW | 06.03.2017

Smartphones - not so smart for the planet

Ten years have passed since Apple brought its first iPhone on to the market. Since then, nearly 7 billion smartphones have been sold around the globe - not without an impact on the planet. 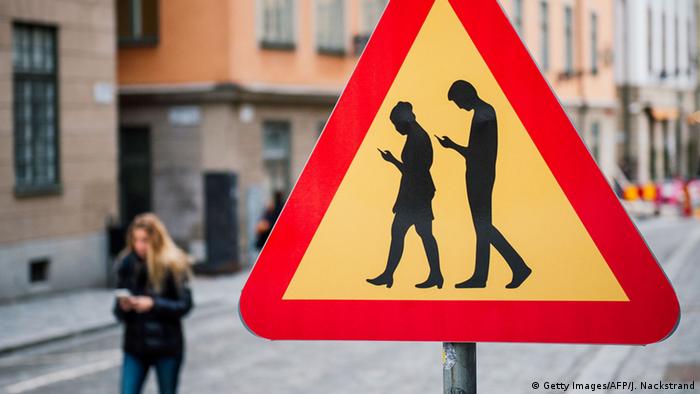 It's eight in the morning, the train is crowded with people heading to work - and it is hard to find anybody who is not staring at their smartphone.

Then, a Twitter message pops up. It comes from Greenpeace. "Think twice about the impact your beloved gadget is having", is the reminder.

Since the first Apple iPhone appeared on the market in 2007, more than seven billion smartphones have been produced around the world - that more or less equals the number of people on the planet.

Now it might sound very romantic if everyone kept one phone for life. But that is far from being the case. Greenpeace says an average phone in the United States is only used over two years.

Most of the time, phones are not replaced because of some irreparable technical problem. It is rather just the desire to have the latest model, with some new innovative features - or because it is easier and less expensive to  buy a new one.

There may be nothing easier than just dumping your old phone in the depths of your desk drawer. But the impact of this kind of behaviour has worrying consequences for both workers' health and the environment. That is the outcome of the Greenpeace report"From Smart to senseless: the global impact of 10 years of smartphones."

Not without my phone

Hands up those who do not check their phone last thing before going to bed and first thing before breakfast! It may be hard to accept, but we are becoming increasingly dependent on our phones.

In 2016, more than 1.4 billion smartphone units were sold worldwide; by 2020, smartphone subscriptions are set to more than double. 70 percent of the world's population will own a smartphone, according to the 2015 Ericsson Mobility Report. More than 60 percent of young people between 18 and 35 years old owns a smartphone globally. In countries such as Germany or the United States, the figures reach 90 percent.

This increasing rate is based on an unsustainable throwaway culture. Almost 80 percent of the sales correspond to consumers replacing their phones, even though most phones are still in working order, Greenpeace has calculated.

Reality beyond the screen

The inner parts of our phones include aluminum, gold and cobalt. Mining for such materials has led to violent conflicts and hazardous working conditions in countries like the Democratic Republic of Congo - and kids are among the main victims.

Besides metals, smartphones also contain high amounts of plastic - which is derived from crude oil - and several of its elements are made up of silicon wafers, which require a lot of resources to produce.

Your individual phone only contains a small amount of these substances, but seven billion of them cause significant damage to our planet and our finite resources. 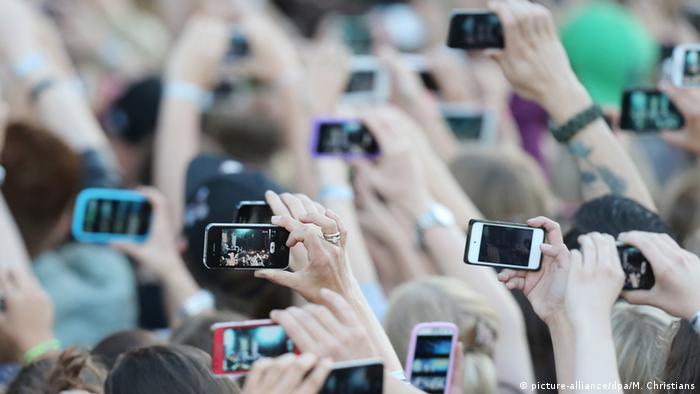 Could sustainability and smartphones both be part of our lives?

And the more intelligent our phone, the greater the impact on the environment, the Greenpeace report suggests. As the complexity of our devices keeps increasing, electronic manufacturing remains the most carbon-intensive phases: it represents nearly three quarters of the phone's total CO2 emissions.

The greenhouse gas emissions caused by the actual use of the phone have been significantly reduced, following efforts to increase  energy efficiency,

The challenge of closing the loop

The continuous production of e-waste remains one of the major problems to be overcome. In 2014, we generated nearly 42 million tons of electronic waste. A study from the United Nations University showed that the amount of e-waste in Asia had risen by 63 percent in only five years.

Of the global e-waste produced in 2014, more than 80 percent was not recycled and ended up mostly in landfills. The European Commission evaluates landfill as the least preferable option of waste management, as it can damage water, soil and air.

Unfortunately, the high costs of recycling are often the main obstacle to the ideal of a circular economy, where waste would almost disappear and all resources would be used efficiently.

From the short-term point of view, for both companies and consumers it may seem cheaper to buy a new phone than to repair it. But in the long-term interests of the planet, it might be time to start thinking ahead.

Humans produce a lot of electronic trash and that can pose a problem for the environment. Share your thoughts on how we could reduce the amount of e-waste we dump. (15.08.2016)

Fairphone creator: Success is a signal to industry

The Dutch entrepreneur who created the Fairphone is now among three winners of the prestigious German Environmental Prize. Bas van Abel explains the concept behind the phone, and what makes it environmentally friendly. (28.10.2016)