How soon till we all fly in electric planes? | Environment | All topics from climate change to conservation | DW | 23.04.2018

The trend toward e-cars is growing. But what about e-planes? It might not be long before we're zooming around in electric planes — at least for short distances, says a German Aerospace Center expert in a DW interview. 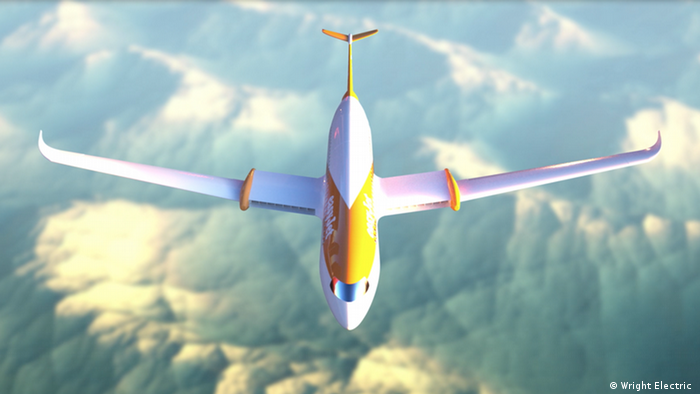 Deutsche Welle: Professor Kallo, you are currently conducting research into planes powered by batteries rather than petroleum at the German Aerospace Center (DLR). When will we be able to travel in electric planes?

Josef Kallo: I would say in around 20 years. Electric flying makes the most sense for regional traveling — that is, for distances from 250 kilometers (155 miles) to a maximum of 2,000 kilometers (1,200 miles), since the range of battery-powered planes is only 60 percent of petroleum-powered ones.

We are already building prototypes, but will continue to further develop and certify models in the next 10 to 15 years. Electric flying is definitely possible from a technological viewpoint. Whether it will also be implemented, however, is a matter of investment.

How exactly would local transport with electric planes look like? 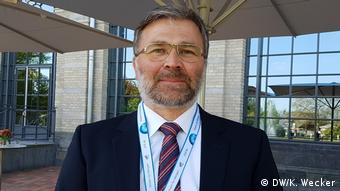 The future of local transport is aiming for the sky, says Josef Kallo

We could create small hubs for "air buses" with 10 to 12 seats, up to maybe 40 seats. Since electric planes are very quiet and only need a relatively short runway to take off and land, these hubs could be built close to cities. Passengers could book their journey with an app and decide whether they prefer taking the train or air bus, or a combination of both.

In Germany, the e-planes could connect rural areas where public transport isn't yet well-developed. In the state of Baden-Wuerttemberg, for example, you need three hours to get from Aalen to Freiburg by train. With an e-plane, this would take less than 45 minutes.

Do you see electric planes as an addition to or rather a replacement for local public transport?

Electric planes could be employed in areas that are not well-connected, without having to invest in infrastructure such as railroad tracks or highways. This concept could be useful for countries such as China or India, where you could relatively easily connect big areas to each other. 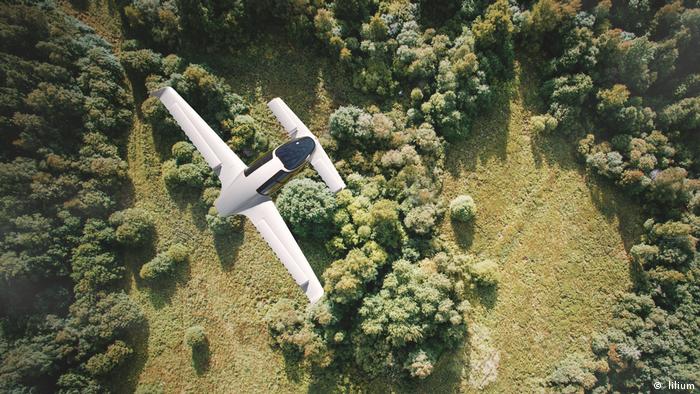 Electric planes like the Lilium flying taxi can take off vertically, and therefore require little infrastructure

We will also see the rise of mega-cities where ground-based transport such as buses and trains might not be able to operate flexibly enough. Here, electric planes could connect people and places without straining urban environments.

Speaking about the environment: How environmentally-friendly are electric planes? Today, CO2 is responsible for less than half of all flight-related emissions. Contrails, nitrogen oxide and particles are significant sources for global warming.

In total, electric planes will be 10 percent more efficient than traditional ones. The energy source — a battery with fuel cells or a gas-fueled turbine generator — can be separated from the electric engine, making the design more flexible. As a result, the entire system is more efficient. We need less energy for flying and will cause less emissions.

Furthermore, fuel cells don't emit any CO2, benzene, particles, nitrogen oxide, and so on. All in all, it would be more environmentally friendly. We can't say anything with respect to contrails yet, as we will need to run further experiments.

Electric planes will, however, only be climate-friendly if they are powered with renewable energy. Will we be able to generate enough solar or wind energy for electric planes?

In Germany, the market regulates that we won't produce more energy than is actually needed. Therefore, we would need to create capacities for electric traffic concepts.

Technically, it would be possible. We can already see that some regions in Italy, Spain and in the American Southwest, so much solar and wind energy is generated that this can supply enough energy for electric flying in form of hydrogen electrolysis [production of hydrogen for fuel cells].

Companies like Boeing und Airbus are also experimenting with electric planes. Is there exchange between the science community and industry?

It's great that aircraft manufacturers are going into that direction. If we do our homework in the next two to three years, we might be able to collaborate, maybe develop a prototype together.

Josef Kallo works at the Institue of Engineering Thermodynamics at the German Aerospace Center (DLR) in Stuttgart. Since 2006, he leads the department "Electro-chemical systems — fuel cells and battery systems."

The interview was conducted by Katharina Wecker at the DLR Climate Change Conference in Cologne, Germany. Originally in German, the text has been translated, and condensed and edited for clarity.