How Nazis courted the Islamic world during WWII | Middle East | News and analysis of events in the Arab world | DW | 13.11.2017

Tens of thousands of Muslims fought for the Nazis in World War Two. DW spoke with historian David Motadel about whether pragmatism or anti-Semitism drove Adolf Hitler's overtures and why some Muslim leaders backed him. 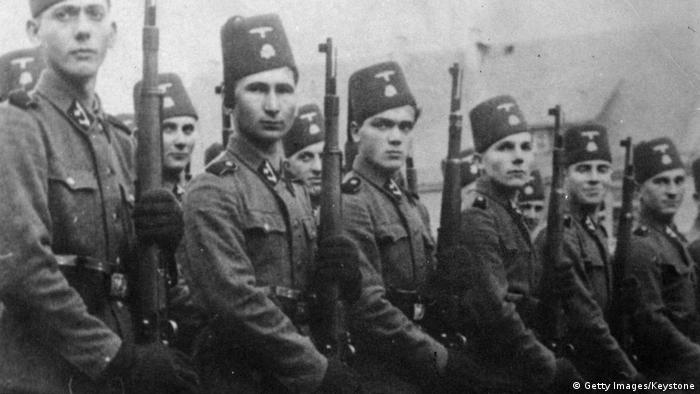 DW: In your book, "Islam and Nazi Germany's War," you wrote about the policies of the Nazis towards Islamic political entities. What did these policies look like?

David Motadel: At the height of the war in 1941-1942, when German troops entered Muslim-populated territories in the Balkans, North Africa, Crimea, and the Caucasus, and approached the Middle East and Central Asia, Berlin began to see Islam as politically significant. Nazi Germany made significant attempts to promote an alliance with the "Muslim world" against their alleged common enemies — the British Empire, the Soviet Union, America and Jews.

In the war zones, Germany engaged with a wide range of religious policies and propaganda to promote the Nazi regime as the patron of Islam. As early as 1941, the Wehrmacht distributed the military handbook "Islam" to train its soldiers to behave correctly towards Muslim populations. On the eastern Front, the Nazi occupiers ordered the rebuilding of mosques, prayer halls, and madrasas — previously destroyed by Moscow — and the re-establishment of religious rituals and celebrations in order to undermine Soviet rule.

German military authorities also made extensive efforts to co-opt Islamic dignitaries. German propagandists in the eastern territories, the Balkans, and North Africa tried to use religious rhetoric, vocabulary and iconography to mobilize Muslims. They politicized sacred texts like the Quran as well as religious imperatives, most notably the concept of jihad, in order to foment religious violence for political ends.

From 1941 onwards, the Nazi Wehrmacht army and the paramilitary SS recruited tens of thousands of Muslims, mainly to save German blood. Muslim soldiers fought on all fronts. German army officials granted these recruits a wide range of religious concessions, even lifting the ban on ritual slaughter, a practice that had been prohibited for anti-Semitic reasons by Hitler's Law for the Protection of Animals of 1933.

A widespread assumption exists that Muslims supported the Nazi Regime because they shared an anti-Semitic perspective. This is precisely why the Nazis tried to get Muslims on the regime's side. What can you tell us about this assumption?

On the German side pragmatic, strategic interests were the most important driving force behind this policy. In its propaganda, however, especially in the Arab world, anti-Semitic themes played an important role. Anti-Semitic propaganda was often connected to attacks against the Zionist migration to Palestine which had emerged as a main topic in Arab political discourses.

On the Muslim side one cannot generalize. Some of the Muslim allies of the Nazi regime — most importantly the famous Mufti of Jerusalem — shared the Nazis' Jew-hatred. In the war zones, in the Balkans, in North Africa, and in the Eastern territories, the picture is more complicated. In many of these regions, Muslims and Jews had lived together for centuries. And in some cases, Muslims would now help their Jewish neighbors, for example hiding them from the Germans. 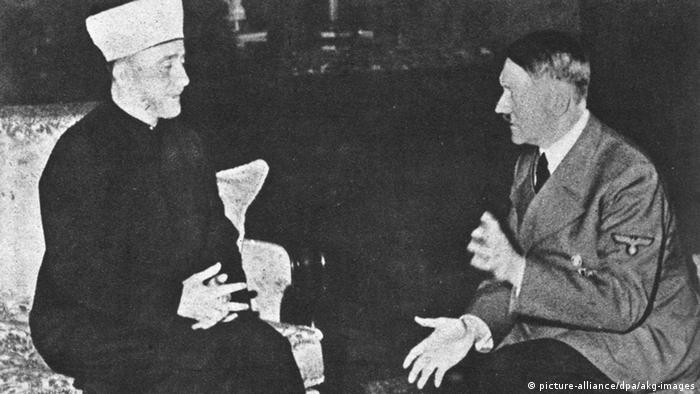 The Mufti of Jerusalem met with Adolf Hitler in 1941. According to Motadel, some of Hitler's Muslim allies shared the Nazi leader's hatred of Jews.

What goals did the Nazi regime pursue with its attempt to persuade Muslims to join them and what were sympathetic Muslim leaders hoping for?

The Third Reich's engagement with Islam was not only that Muslim-populated regions had become part of the war zones, but also, more importantly, that from 1941 to 1942, Germany's military situation had deteriorated. In the Soviet Union, Hitler's Blitzkrieg strategy had failed. As the Wehrmacht came under pressure, strategists in Berlin began to seek broader war coalitions, thereby demonstrating remarkable pragmatism. The courtship of Muslims was to pacify the occupied Muslim-populated territories and to mobilize Muslims to fight on the side of Hitler's armies.

Many of those Muslims who worked with the Nazi regime had pragmatic reasons. They believed that Nazi Germany in 1941-1942 would be victorious and that it would determine the future world order and that the Nazis could help them become liberated from, for example, British imperial rule. 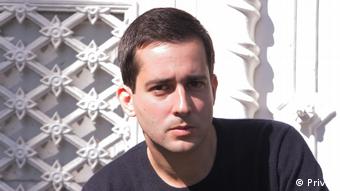 The motives of these soldiers varied considerably. Of course some recruits were driven by religious hatred and anti-Bolshevist, ideological fervor. Overall, however, Muslims often had rather profane motives for enlisting.

Did the Nazis really see Islam as something inherently positive or were the Muslims only a means to an end?

Overall, I think that Muslims were means to an end. Nazi policies towards Islam were informed by pragmatism. Some leading Nazis, particularly Adolf Hitler and Heinrich Himmler, repeatedly expressed their respect for Islam. Whenever denouncing the Catholic Church, Hitler routinely contrasted it with Islam. While he denounced Catholicism as a weak, effeminate religion, he praised Islam as a strong, aggressive, martial religion. Overall, however, it was strategic considerations, not ideology, that led to Nazi Germany's campaign for Islamic mobilization.

Wasn't Nazi racism a major obstacle to collaborating with Muslims?

Hitler had already postulated the racial inferiority of non-European peoples in "Mein Kampf." Once in power, however, German officials showed themselves to be more pragmatic: Non-Jewish Turks, Iranians and Arabs had already been explicitly exempted from any official racial discrimination in the 1930s, following diplomatic interventions from the governments in Tehran, Ankara, and Cairo. And during the war the Germans showed similar pragmatism. Muslims everywhere, it was clear to every German officer, were to be treated as allies.

The realities on the ground were by no means straightforward. In the first months of the Nazi invasion of Russia, SS squads executed thousands of Muslims on the assumption that their circumcision showed that they were Jewish. Eventually, Reinhard Heydrich, chief Nazi security officer, sent out a directive cautioning the task force executing squads to be more careful. On the southern fringes of the Soviet Union, however, German killing squads still had difficulties distinguishing Muslims from Jews. Moreover, in North Africa, the Balkans, and on the Eastern Front, German soldiers were confronted with diverse Muslim populations, including Muslim Roma and Jewish converts to Islam.

Dr. David Motadel is an Assistant Professor of International History at the London School of Economics and Political Science. He works on the history of modern Europe and Europe's relations with the wider world. In 2017, Motadel was awarded the Philip Leverhulme Prize for History.

An Indonesian museum has taken down a wax sculpture of Nazi Germany leader Adolf Hitler after it sparked global outrage. The statue was a popular attraction for visitors who took selfies in front of the exhibit. (11.11.2017)

British Foreign Secretary Balfour endorsed creating a Jewish homeland in Palestine in 1917. It was a time shaped by ideas and empires long since gone. Yet a century later, arguing about Balfour is again in vogue. (02.11.2017)

A century after the UK endorsed a Jewish "home" in Palestine, protesters in Ramallah and other cities asked for an apology from London. Israeli PM Netanyahu rebuked the criticism at a commemorative dinner in the UK. (02.11.2017)