Facebook's data scandal and Baidu CEO's recent remark about the Chinese people's low sensitivity toward privacy issues have stirred up heated discussions at a time when the CPC plans new surveillance projects in China. 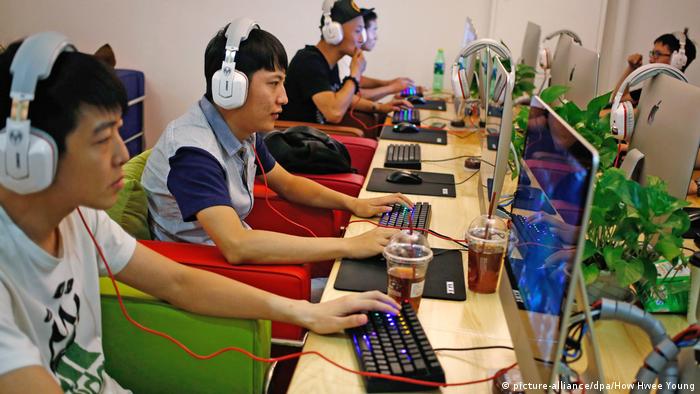 Privacy became the topic of a heated debate in China after the CEO of Chinese search giant Baidu, Robin Li, recently claimed that the Chinese people are willing "to trade privacy for convenience, for safety and for efficiency."

Some Chinese netizens took to the popular microblog platform Weibo and harshly criticized Li for making such a statement, describing him as "shameless and underhanded" since Baidu is also accused of breaching users' privacy for commercial purposes.

A survey conducted in 2016 shows that over 70 percent of the respondents considered privacy breach a serious issue in China. And internet companies in the country have been facing mounting pressure to curb their practice of harvesting user data without properly informing customers.

Ant Financial, the payments affiliate of Alibaba, had to publicly apologize for automatically enrolling customers in a credit-scoring program without their consent. 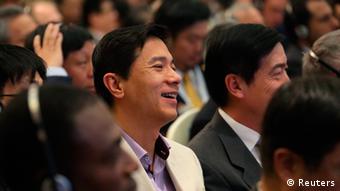 Robin Li says the Chinese people are willing 'to trade privacy for convenience, for safety and for efficiency'

But experts point out that there is still a difference between China and the West in how they deal with the issue of privacy. Samantha Hoffman, a visiting academic fellow at the Mercator Institute for China Studies (MERICS), said that under Chinese law, privacy is protected in some ways, but these protections will disappear when it involves the ruling Communist Party of China's (CPC's) interests.

"Under the Cyber Security Law, the personal data a company collects can be protected from misuse by the company," Hoffman told DW. "That same data, however, is not protected from the government. This isn't contradictory in Chinese law, even if it is according to Western norms."

Data from the Internet Society of China show that 54 percent of Chinese internet users hold the view that privacy breach is a severe problem in the country. Still, they face an uphill battle when it comes to persuading authorities to put in place measures to enhance protection for users' privacy, say experts.

Fergus Ryan, an analyst at the International Cyber Policy Center at the Australian Strategic Policy Institute, said that both the Chinese government and tech companies share an interest in harvesting as much consumer data as possible, and like their Western counterparts, Chinese tech companies rely heavily on hoovering up massive amounts of data from their users. Ryan predicts that the trend is going to keep growing.

"This tendency is only going to become more pronounced as tech companies compete for dominance in artificial intelligence," Ryan told DW.

Additionally, last week, the Chinese government unveiled an ambitious plan to establish a Social Credit System by 2020, aiming to nurture better individual behavior by designating scores to the 1.4 billion Chinese citizens. The system would rely on different kinds of advanced technologies manufactured by private companies, including facial recognition and online shaming, to establish a mechanism to regulate individual behavior. However, some activists worry it could violate basic human rights.

As the trend of harvesting user data among Chinese internet companies keeps growing, Ryan points out that the government also wants its rapidly expanding surveillance programs to benefit from the data-driven technological advancements.

"The Chinese party-state is hoping that any of the inroads the tech companies make will then feed into an ever-expanding surveillance apparatus they are building for monitoring and controlling the population," Ryan underlined.

Since major Chinese internet firms receive generous funding from the government, observers say, it will be hard for rights advocates to launch successful pushback against these companies.

To better address growing concerns about privacy and data breach, the Chinese government in January released a new national standard on personal information protection, laying out detailed rules for user consent and data collection, storage as well as sharing under the Cyber Security Law. The introduction of the new standard follows a report from the National People's Congress last December, which highlights the need to draft a separate piece of legislation to focus on personal information protection.

In an article published by the Center for Strategic and International Studies, senior fellow Samm Sacks points out that the move suggests China is planning to build a national data regulatory regime. "This year, we are likely to see the addition of a new law focused specifically on personal information protection," wrote Sacks in the article.

However, Ryan believes that Beijing's attempts to mitigate the risks to the privacy of Chinese citizens will amount to little more than window dressing. He expects the Chinese government to keep paying lip service to the privacy issue, and ultimately, the government's need to maintain stability will prevail when it collides with privacy advocates' goals.

"We will continue to see some pushback from consumer groups and regulators when tech companies overstep the mark in a particularly egregious way," said Ryan. "However, the needs of the party-state for increased surveillance and control will prevail."

Foreign VPNs have been removed from China's Apple stores, WhatsApp messages are being filtered and a massive censorship campaign scrubbed social media of Liu Xiaobo. What is happening to the Chinese web? (01.08.2017)

A seller of Virtual Private Network (VPN) services has been sentenced in China for running an "illegal" business. It marks the most severe sentence yet to be handed out for helping users evade China's internet filters. (22.12.2017)