How German industry plans to cut its gas consumption | Business | Economy and finance news from a German perspective | DW | 01.08.2022

How German industry plans to cut its gas consumption 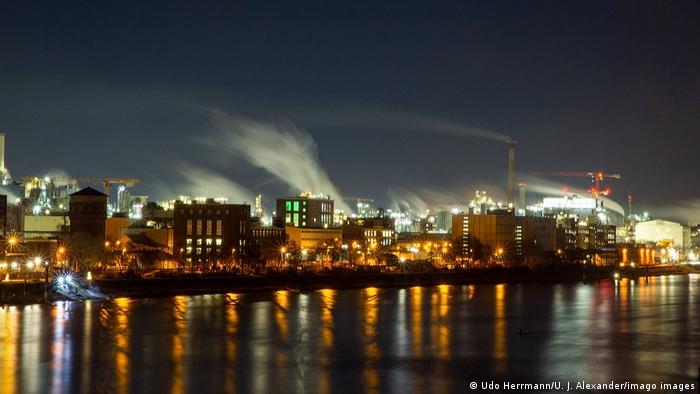 Ola Källenius exudes confidence in crisis. Recently, the head of Mercedes-Benz announced that the company was preparing to reduce its natural gas consumption in Germany by as much as 50%.

"We're in a position to implement these measures this year," the CEO said in a call with investors.

Källenius is confident the company can replace potential gas supply shortfalls with green power from renewable energy sources if necessary. The automaker also plans to reduce its overall energy consumption and, if worst comes to worst, replace gas with oil. Mercedes-Benz has already cut its gas consumption by a tenth so far, Källenius calculated.

"We don't know what will happen," he said of the uncertainty surrounding gas supplies due to the war in Ukraine. In an emergency there are many possibilities: even the paint shop at the company's plant in near Stuttgart could make do without gas altogether.

Gas demand in Germany's automotive industry is relatively modest, however. That's especially true when compared to the chemical, steel, glass and paper industries that, together with aluminum producers, are the largest industrial gas consumers in Germany. 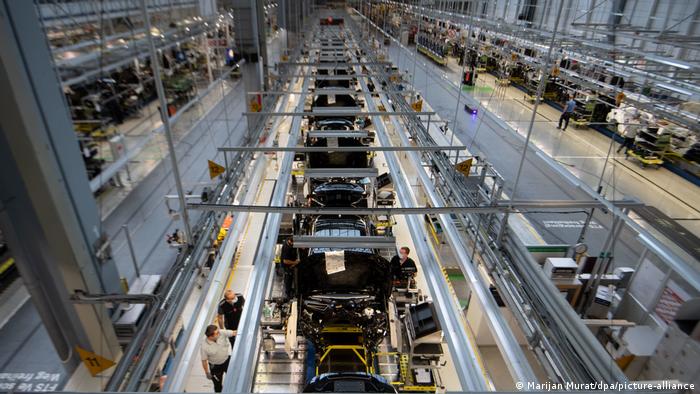 The main plant of BASF, the world's largest chemical company, located in Ludwigshafen, alone consumes as much energy per year as Denmark. Germany's neighbor to the north is regularly cited as a role model because it generates around 80% of its energy requirements from renewable sources like wind. But Denmark on its own wouldn't be able to power even this one plant.

BASF Chairman Martin Brudermüller expects production at the Ludwigshafen plant to continue even if the German government restricts gas consumption through its emergency gas plan. BASF hopes to receive enough gas to maintain operations at a reduced load, Brudermüller said in July. In April, he'd originally said operations in Ludwigshafen might have shut down in a pinch. At BASF's second-largest German site, in Schwarzheide in Brandenburg, the company could generate 100% of its electricity and steam needs with oil, he said.

When it comes to production outside of Europe, a possible gas shortage at home would hardly have any impact, he said. BASF maintains sites in the US as well as Malaysia and China, for example, where a whole range of chemical products are produced.

But the situation for Germany's aluminum industry isn't as simple. The uncertainties surrounding gas supplies have the energy-intensive sector preparing for extremes.

"Companies are preparing for the worst-case scenario by drawing up emergency plans," Hinrich Mählmann, president of the German Aluminium Association, told Reuters news agency in an interview at the beginning of July. The main issue, he said, was deciding which gas customers would be cut off first and who would follow. If things get worse, at some point the plants would have to be shut down completely, he said. 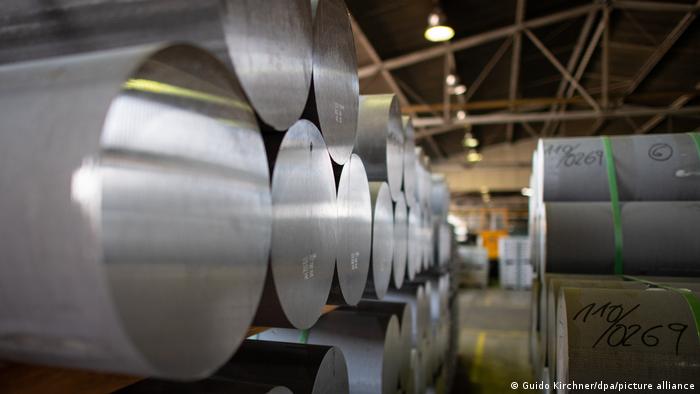 Aluminum is needed in products from pharmaceutical packaging to batteries

"The contingency plan then consists of managing liquidity in such a way that the companies survive for at least for a little while," he said. "But even that period is limited."

The aluminum industry in Germany is made up of around 240 companies with over 60,000 employees and annual sales of just under €22 billion ($22.5 billion), according to recent figures.

Access to gas is of enormous importance for the industry and its production processes, Mählmann emphasizes. The products undergo several heat treatments. This includes melting during recycling or heating during processing. Gas cannot be replaced easily or quickly.

A member survey conducted by the German Aluminium Association showed that nine out of 10 companies would not be able to switch to another energy source if gas were no longer available in the short term. Reducing the gas supply by 30% would already bring production to a standstill for half of the companies.

Which companies are crucial?

Energy-intensive industries are currently positioning themselves for a gas emergency and stepping up their lobbying efforts in case gas has to be rationed.

"The Federal Network Agency has surveyed the major gas end users and drawn its conclusions," said Mählmann. But in the event of a gas shortage, which companies would ultimately be classified as system critical by the powerful agency?

"If an undoubtedly system critical manufacturer of aluminum packaging for the pharmaceutical industry doesn't get its preliminary products, called slugs, it won't be helped. In the same way, an electric car manufacturer cannot sell a car without an aluminum battery box," Mählmann said. 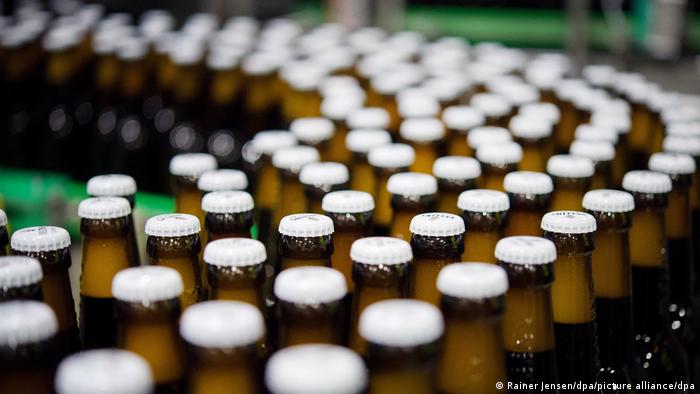 German brewers are also preparing for the worst.

"If Russian gas fails to arrive, we would have a considerable problem," Michael Huber, head of the privately owned Veltins brewery in Germany's Sauerland region, emphasized in an interview with German daily Handelsblatt.

"No gas, no beer," is how the brewery boss summed it up.

"Brewhouses need a lot of energy and are mainly operated with gas," said Huber. "Veltins has purchased a five-week supply of oil so it can switch from gas to oil in an emergency." But brewers are extremely dependent on upstream suppliers. "The glass industry, for example, cannot operate without gas," he said. "Veltins alone needs about 50 million new bottles every year. The whole industry needs about 900 million new beer bottles to keep the bottle recycling program going."

Wiegand-Glas, a glass maker in the state of Thuringia, has already set course for switching from gas to oil. In addition to investments in technical implementation, this also required new approval procedures.

Going forward, the glass industry manufacturer will be able to heat its melting tanks at the Grossbreitenbach plant near the Bavarian border with light heating oil, instead of just natural gas, like it used to. The required emissions control permit was issued by the state energy ministry in Erfurt.

As early as spring the glass manufacturer had said that it was preparing for a shutdown scenario.

"In the worst case scenario, we are currently looking at how we can shut down the furnaces ourselves in a controlled manner," Managing Director Nikolaus Wiegand warned at the beginning of April.

In 11 tanks, the company keeps thousands of tons of glass at temperatures around 1,600 degrees Celsius (2,900 degrees Fahrenheit) around the clock. If gas flows were to dry up overnight, the glass would cool and harden, the entrepreneur said. The melting tanks would be ruined — a loss of millions. 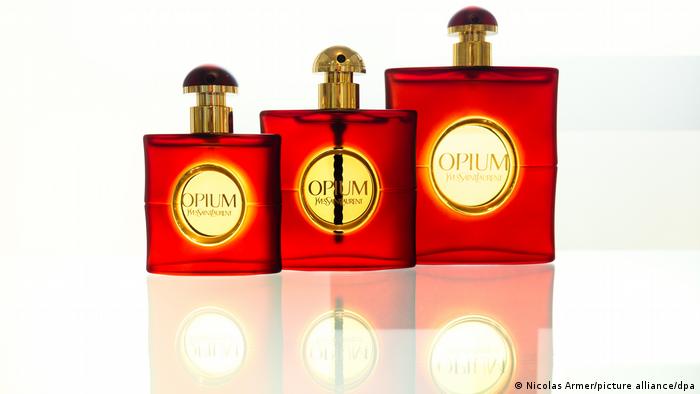 If producers cannot make their specialized products in Germany, they will go elsewhere

"Overall, we in the German glass industry are working at maximum productivity," said Carletta Heinz a few months ago, in a video title "Red alert" made together with local politicians, trade unions and other entrepreneurs. Heinz is the owner and CEO of Heinz-Glas, which is known for producing glass bottles for international cosmetics and perfume companies.

Heinz employs 1,500 people in the Rennsteig region between the Thuringian Forest and Franconia, and 3,500 worldwide.

She expresses the bitter realization that doesn't seem to have reached many people in Germany: "If the industry can no longer produce here, the demand doesn't fade. What we produce here will simply be manufactured in other countries, under worse and less sustainable conditions."

Will Germany return to nuclear power?