How Chinese money is changing Cambodia

Cambodia has seen a huge influx of Chinese investment, workers and tourists in recent years. Many in Cambodia are increasingly worried about the negative impact it is having. 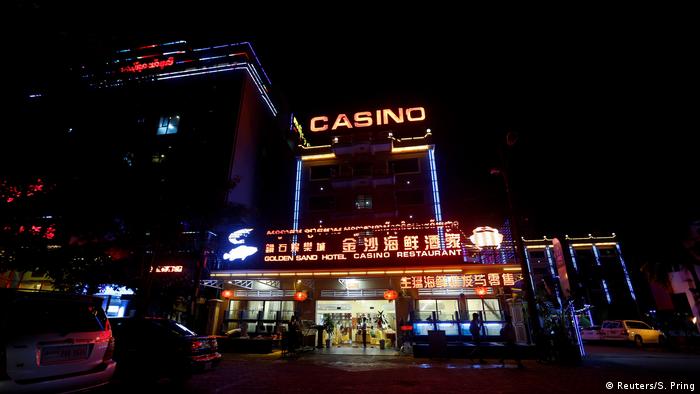 Sihanoukville, a once-sleepy beach town, symbolizes the transformation brought about by Chinese investment in Cambodia. The town of around 160,000 inhabitants has been completely transformed by Chinese casinos, hotels and factories in recent years.

Many Chinese firms have set up factories in the town. The main attraction for business is the Sihanoukville Special Economic Zone (SSEZ), a China-Cambodia tax-free economic zone. Chinese companies run the majority of the over 100 factories in the zone.

Relations between Cambodia and China gained momentum after the two countries established a comprehensive strategic partnership in 2010.

As part of the project, China is building a web of transport and other physical infrastructure such as roads, railways, seaports and pipelines in various countries, including Cambodia. The Southeast Asian nation, a firm supporter of BRI, has benefitted enormously from Chinese money, which has helped finance a host of infrastructure projects.

Beijing has so far funded construction of seven hydropower dams that are collectively capable of generating half of Cambodia's entire electricity needs. It has also built about 3,000 kilometers (1,864 miles) of highways and numerous bridges since the mid-1990s.

All these investments have turned China into Cambodia's largest foreign direct investor and closest ally. 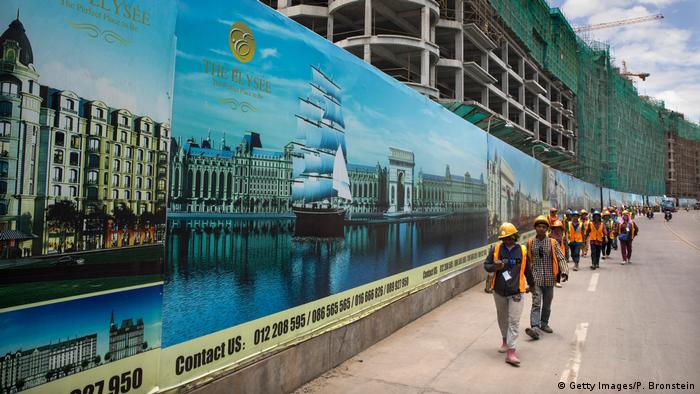 Although Chinese investments have significantly contributed to Cambodia's economic growth, the benefits of Chinese money have not been widely shared with the local population. It appears to have benefited only some privileged sections of Cambodian society, who own land or operate businesses that cater to Chinese nationals.

And instead of hiring local workers, many Chinese businesses tend to import them from China, fueling resentment among Cambodians.

Chinese companies prefer Chinese workers because they find it easier to work with them, as they share the same language and work ethic, say observers. A report published by Cambodia's Interior Ministry stated that over 250,000 Chinese nationals currently reside in the country. This is over 60% of all foreign residents in Cambodia.

Chinese workers are, in most cases, offered a higher wage than Cambodians, experts say. Sophal Ear, an associate professor at Occidental College in the United States, told DW that there is growing concern over Chinese domination of the local economy.

Sophal said Chinese investment, despite boosting economic growth, has had a negative impact as a significant portion of the money has gone into casinos and real estate, which facilitate financial crimes and money laundering.

Some Cambodian officials admit that not all is well with the influx of Chinese immigrants.

Cambodia's National Police website quoted Sok Phal, a secretary of state in the Interior Ministry, as saying that of the Chinese nationals living in the country, over 78,000 reside in Preah Sihanouk province and only 20,000 have work permits. The ministry has said that from 2014 until the end of July, more than 2,700 Chinese nationals were deported.

In recent years, Cambodia has increasingly turned toward China for financial and diplomatic assistance as Phnom Penh faced increased Western pressure over the state of democratic and human rights in the country.

The European Union earlier this year began the process of withdrawing Cambodia's preferential access to the bloc under the Everything But Arms (EBA) scheme. The European Commission said that "serious and systemic violation" of human rights principles meant Cambodia may cease to benefit from this scheme.

Read more: Can Japan compete with China over development aid?

Meanwhile, trade between Cambodia and China has risen rapidly in recent years, amounting to $6 billion (€5.4 billion) in 2017. Chinese exports to Cambodia account for 87% of that figure. Cambodian Prime Minister Hun Sen said China wants to see bilateral commerce increase to $10 billion by 2023.

According to the Cambodian Ministry of Tourism, about 2 million Chinese tourists visited Cambodia in 2018, up 70% from a year earlier. This is expected to reach 3 million by 2020.

Cambodia is set to buy thousands of weapons from China, according to premier Hun Sen. The US is concerned that a naval base in the south of the country could host Chinese forces. (29.07.2019)