The sea shanty "Aloha Heja Je" was Germany's summer hit in 1991 and now it's back on China's version of TikTok — an unexpected boost to musician Achim Reichel's career. 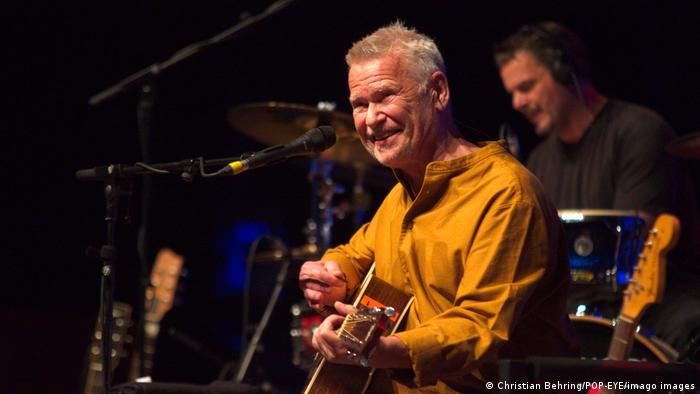 Eleven million views on China's version of TikTok, called Douyin, and the most searched song on the song recognition app Shazam: Achim Reichel would never have dreamed that his 30-year-old song "Aloha Heja Je" would become a hit in China in 2021.

Around a year ago, a businessman first told Reichel he had heard his 90s hit while listening to the radio in China.

Then came the call from his record company telling him how successful the song was on Chinese social media platforms. A flood of emails and interview requests followed — including from China.

"I can't understand it," Achim Reichel told DW. He is glad that he is no longer 30-years old, "then maybe I would not have been so grounded."

The 77-year old had been in the music business for 60 years and was just about to settle down. "But ever since the news from China started pouring in, I've been walking around my apartment all excited," Reichel smiles. 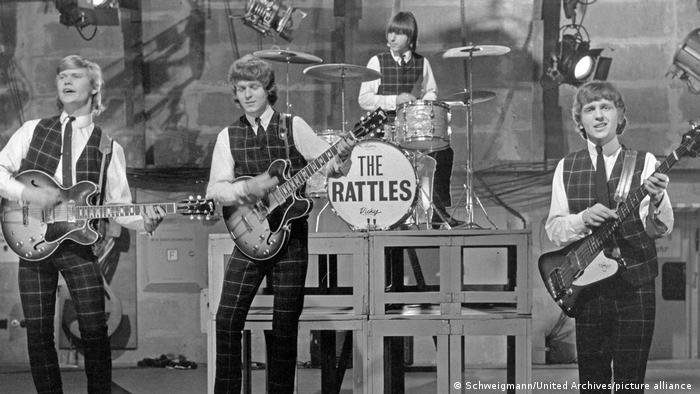 Reichel founded his first band, The Rattles, when he was only 16

From boy band to the military

In 1962, they played with another up-and-coming group at Hamburg's legendary Star Club: The Beatles. A friendly relationship developed between the boy bands.

In 1963, The Rattles, like The Beatles, released their first full-length album. The Rattles became the backing band for The Rolling Stones, Little Richard and the Everly Brothers on a tour of the UK in 1965. In 1966 they were the support band for The Beatles during their German tour. During that period, The Rattles were one of the most popular beat bands in Germany.

But then a draft notice fluttered into Reichel's home and he was called to start his military service, interrupting his music career. His place as frontman with The Rattles was taken by singer Frank Dostal.

After this forced break, Reichel made a new start in 1968. Together with musician Les Humphries, he founded the band Wonderland and landed a hit with the single "Moscow." However, the group didn't last long — they split up in 1970.

Reichel then threw himself into solo musical projects.

With his Krautrock project A.R. & Machines he was able to gain fame abroad thanks in part to the album "Grüne Reise." (Green Journey)

German music: Do you know your 'Schlager' from your 'Deutschrap?'

Success with sea shanties and Goethe

Reichel hails from a seafaring family and was inspired to release an album of German-language sea shanties in the mid-1970s. Sea shanties are a genre of collective folk songs historically performed on ships by fisherman, whalers, merchant sailors and other seafaring folk.

"My heart beats for popular culture," Reichel says. "Unfortunately, this is treated very one-sided in Germany — everything German is quickly assigned to the "Schlager category" he says, referring to a kitschy German musical genre that emerged in the postwar years and uses simple musical patterns. This classification, Reichel adds, is something he has always stood up against.

He received great praise when he presented rock interpretations of German poetry on his album "Regenballade" in 1978. Texts by 19th-century poet Theodor Fontane or Johann Wolfgang von Goethe were used as lyrics. The experience was not only successful, but life-changing for the musician who then started to study modern German literature and write his own lyrics. 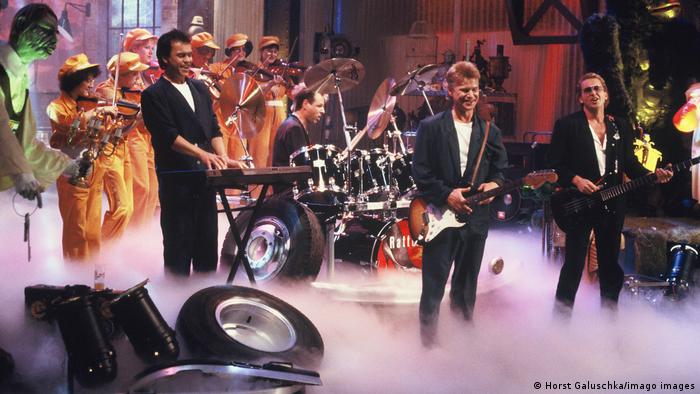 Reichel's career has spanned decades: Here a TV appearance with the Rattles in 1988

"I had already done this composition in the mid-1970s, for a completely different project," Reichel recalls of the origins of his hit "Aloha Heja He." When he came across a reel of tape with the melody on it in the early 1990s, he wrote the lyrics. It speaks of a life at sea and crossing the ocean from Singapore to Zanzibar.

The song became the German summer hitof 1991. "If I had known that it would become a hit, I would certainly have left out the mention of gonococci  [Editor's note: the bacteria that cause the sexually transmitted disease gonorrhea] in the lyrics," he laughs. There are still complaints from listeners today when the song is played on the radio in Germany.

The sea shanty genre remains popular, as shown by the Nathan Evans's hit "Wellerman" in 2021.

Perhaps it is this unifying quality of the choral songs or the melancholy of the minor key that appeals to people today, Reichel suspects. For him, at any rate, his song's present success in China is "almost too good to be true."