Fifty years ago this July, a still completely unknown German band by the name of Kraftwerk started recording its debut album at the Kling-Klang-Studio in the West German city of Düsseldorf. It was the beginning of a fruitful collaboration and two extraordinary international careers: Kraftwerk became one of the most influential German bands, and Conny Plank one of the most important music producers of his time.

Jazz as university of life

Born in 1940, Plank grew up in Kaiserslautern, Rhineland-Palatinate, where many US soldiers were stationed. Like many young people of his generation, he was deeply impressed by America's troop entertainment, by jazz and musical improvisation. At the same time Plank was fascinated by technology and driven by curiosity. He quit his first job as a broadcast technician at Europawelle Saar because he felt it wasn't creative enough.

He found his first musical home at the Rhenus recording studio in Cologne. His mentor, sound engineer Wolfgang Hirschmann, recognized Plank's talent and not only let him do his thing, but soon gave the young man increased responsibility. He was sound assistant for Marlene Dietrich concerts and engineer for a session that was to become decisive for Plank's career: US jazz great Duke Ellington prepared for performances with his orchestra in the studio. Plank begged him to record something on the spot — and Ellington agreed. 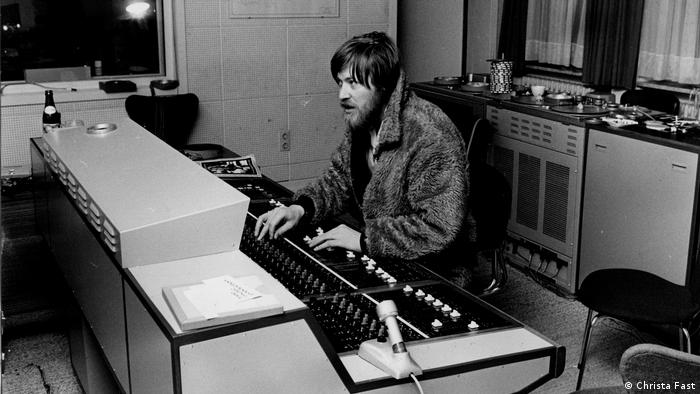 "He only felt himself when at work," said Annette Humpe about Conny Plank, here working the faders in Hamburg (1969)

During the recording, Plank managed to lure the veteran jazz musician from his comfort zone. For the first time in a long while, Ellington improvised more, the result an album that is completely unusual for Ellington, released by Herbert Grönemeyer's label Grönland Records in 2015. After the sessions, Ellington is said to have told Plank: "Young man, you're doing a great sound." The remark sealed Plank's decision to become a producer.

Studio in a former pig barn

In 1974, he moved to and set up his legendary studio on an old farm in Wolperath, a village half an hour's drive from Cologne. The words "recorded by Conny Plank in Conny's Studio near Cologne" were a seal of quality on record covers. During the production phases the musicians lived on the farm with Conny, his wife Christa Fast and their son Stephan. They shared the house and the bathroom, and ate meals together at the kitchen table. 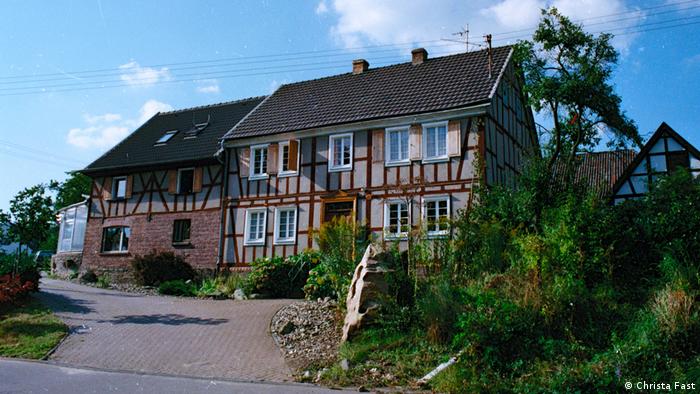 "Conny's Studio" in the small town of Wolperath was a pilgrimage site and a meeting place for creative minds (photo: 1980)

Plank was an extraordinary producer in every sense. His goal: to make bands sound exactly the way they wanted to sound — and should sound.

He didn't mind requests like "this is where it should sound like a sunrise." However, if artists dropped the names of other artists as a reference, they risked being kicked out of the studio. Conny wanted authenticity.

"The producer's job, as I understand the job ... is to create an atmosphere completely without fear or reservations, to find the very naive moment of 'innocence' and then press the button in time to capture the moment," Plank told Musikexpress magazine in 1982.

"That is all," he added."You can learn everything." He had no patience with oversized egos. Long conversations with musicians in the farm kitchen were test runs to see whether they clicked, and could work together. 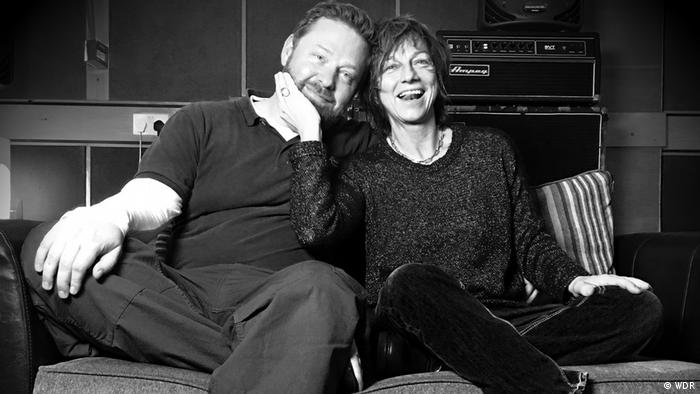 Innovation and improvisation had been firmly anchored in Plank's musical DNA through his earlier interest in jazz. It was the moment of letting go of musical preconceptions, of being "freed from his thoughts," that was as important as finding new sounds.

Plank also considered noise a form of music. If he had a particular sound in mind, he would do everything to create it, sometimes isolating sounds from machines or tape recordings until he found what he was looking for.

Almost incidentally, Plank's experiments allowed for the emergence of Krautrock and new electronic music genres in west Germany. Apart from Kraftwerk, many other groundbreaking bands worked with Plank, including Neu!, Cluster, Guru Guru and Moebius.

This generation of German postwar musicians developed a unique new sound that was free from the burden of their own musical pasts. It was also independent of the dominant UK and US pop musical exports at the time.

The freedom and innovation of the sound created in the Rhineland especially impressed musicians and journalists in the UK. It wasn't long before artists like Brian Eno, Eurythmics and Ultravox set off for Wolperath to taste some of the creative freedom. 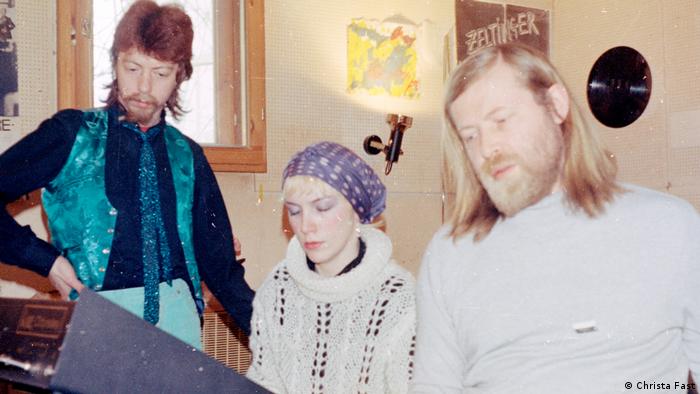 Even David Bowie, at that time massively influenced by Krautrock, wanted to record with Plank. But Plank refused for unknown reasons. He also knocked back U2 — Plank felt Bono had too much of an ego.

A 'sound artist' at heart

While his fame abroad grew steadily, Plank was less well known in Germany. He was busily recording concerts during Eurythmics' Revenge tour when he died in 1987 at the age of 47 from laryngeal cancer.

In his award-winning documentary film Conny Plank: The Potential of Noise, Plank's son Stephan set out to learn more about the father he lost as a teenager, getting Dave Stewart of the Eurythmics, Scorpions, Gianna Nannini and many others to share memories of the master innovator.

Shooting the film was an exciting, emotional journey, Stephan Plank says: "Since my father died when I was 13 years old, I didn't have the opportunity to meet the producer Conny Plank. With this film I managed to merge the dad and the producer in my mind."

The documentary subjects commonly recall Conny Plank's relentless focus on sound innovation. "He was a sound artist, he dedicated his life to sound," says Hans-Joachim Roedelius of the Krautrock bands Cluster and Harmonia.

In a 22-year-long legal battle involving German band Kraftwerk, the EU's top court has now set strict rules on sampling. Accusations of plagiarism in the music industry are rampant. But how do they affect creativity? (30.07.2019)