Kraftwerk expertly mixed an electronic sound with a human touch. Former member Karl Bartos tells DW how the unique ensemble wrote its music before computers went mainstream - and why cycling hurt their style. 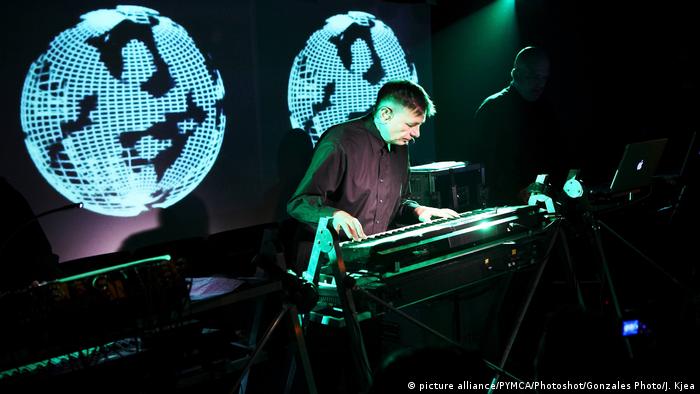 Dubbed "The Beatles of electronic dance music" by The New York Times in 1997, Dusseldorf-based band Kraftwerk pioneered the genre, and some see them as the grandfathers of techno. They began mixing musicality with automation in 1970 - long before computers became everyday tools. Still active today as a four-man ensemble, Kraftwerk has seen members come and go over the years. Karl Bartos joined in 1975.

DW: Mr. Bartos, you left Kraftwerk in 1990 after a conflict. Now you're publishing your autobiography, "Der Klang der Maschine" (The Sound of the Machine). What is important to you to get across?

Karl Bartos: George Orwell said, "Reality exists in the human mind, and nowhere else." That means there is no such thing as objectivity. But for more than 40 years, we've been hearing the same story about Kraftwerk. I think another perspective can be useful. I've tried to explain how our music was created and what our thought process was.

Before you joined Kraftwerk in 1975, you played with a variety of bands in Dusseldorf. What was the mood like back then?

Looking back, it was a gift to have been able to have experienced the 60s and 70s. The music of the 60s had an unbelievable power for my generation. It brought the message that you shouldn't believe everything you're told by the authorities. I think the youth of the world spoke to each other during this time - without going through the authorities. And that resulted in this really interesting music.

Then you studied music at the Robert Schumann Hochschule in Dusseldorf, where you first came into contact with Kraftwerk. The band was looking for a classical percussionist for a live show.

When my professor, Ernst Göbler, passed that information on to me, it was just one of many gigs I had at the time. There were so many bands back then and so many opportunities to play live. The DJ hadn't been invented yet.

I got along really well with Kraftwerk at the gig. We didn't know where it would lead. Nothing had been set in stone yet.

You participated in the studio recording of Kraftwerk's album "Radio-Aktivität" and helped write song for the album "Trans Europa Express." How did Kraftwerk go about composing new material?

We held writing sessions in the Kling Klang Studio, which meant that we stood in a circle and improvised - like jazz musicians. That was the second half of the 70s; there were no computers. But we had a little music machine that could repeat back 16 tones. That was the only machine in our studio.

We would improvise, look at each other, laugh our heads off and record ourselves. During these sessions, we created the raw material for our compositions. Basically, it was simply entertainment that we transferred to music. The result was a polyphonic composition with multiple voices.

Was the band aware of how forward-looking its music was? 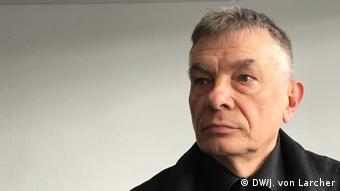 Karl Bartos was a member of Kraftwerk for over 15 years

We couldn't have predicted how Kraftwerk's music would be received. When we were mixing at the sequencer, that was basically the continuation of the music technology that had been in development in Europe since the Enlightenment.

Automated music has always been interesting. But I think the decisive thing for us in the late 70s was that the balance between humans and machines really worked.

The computer changed that. I don't want to say that we didn't manage to achieve interaction with the computer, but we did make a few errors in our thought process.

What kind of errors?

We tried to transfer the thought process behind improvisation to a digital interface. And at the beginning we made the mistake of producing tracks in advance and then turning them on and off because we thought that was improvisation. But that was just a kind of fake improvisation.

In the 80s, one particular hobby - cycling - became more and more important for the band…

Imagine you've just ridden 200 kilometers on your bike. What are you still able to achieve when you go home and sit down? Your pulse sinks to under 50, you have no desires and are perfectly content. When that happens over the course of years, then you just lose the drive to invent music.

What happened to us in the second half of the 80s? Retrospectively I would say that we turned music into sport. Music became a kind of competition. We were missing the focus on our core competency: autonomous imagination. That is, not giving in to a competition, but listening inside yourself. 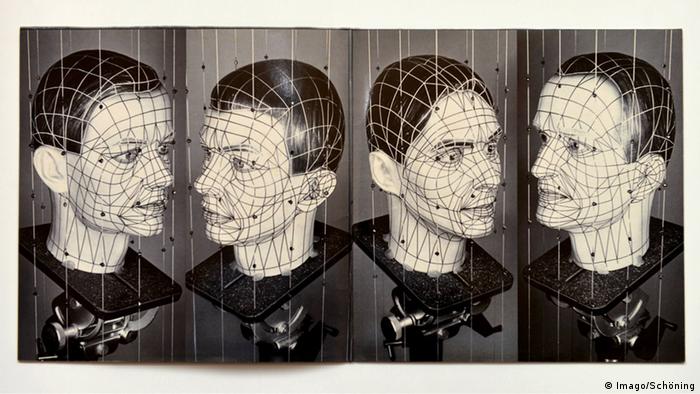 Cover for the Kraftwerk album "Electric Cafe" from 1986

Would you say that the melodies had just dried up?

I know what you mean, but for me the more suitable metaphor is polyphony and monophony. We used to work polyphonically, and the three of us developed and invented our music together. That's how our music became lively, with multiple parts.

In the late 80s, it became monotonous. It just became a series of musical events. There is an algorithm in electronic music that also applies to text: copy and paste. But copy and paste is not polyphonic.

After leaving Kraftwerk, Karl Bartos continued to work as a musician, DJ, producer and songwriter. In his autobiography, "Der Klang der Maschine" (The Sound of the Machine), which is released in German on August 25 by publisher Bastei Lübbe, he shares an inside look at his time with Kraftwerk, whose music impact a generation of hip-hop, techno and electro-pop musicians all over the world.

From early sound experiments to dub, Krautrock and techno, electronic music has a long musical lineage that is now being celebrated in one of the genre's birthplaces, Düsseldorf.

Ralf Hütter was the driving force of Kraftwerk, the German pioneers of electronic music. They created a sound that would influence countless other musicians.