In a 22-year-long legal battle involving German band Kraftwerk, the EU's top court has now set strict rules on sampling. Accusations of plagiarism in the music industry are rampant. But how do they affect creativity? 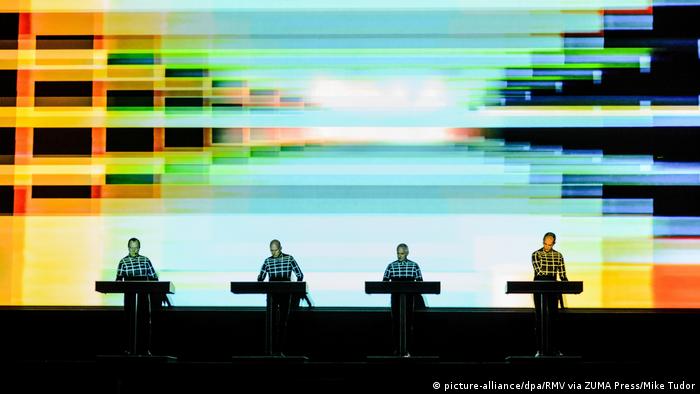 The ongoing case between the German electronic band Kraftwerk and rap artist Moses Pelham is a lingering point of copyright contention: Two seconds of music lifted from Kraftwerk's "Metall auf Metall" (Metal on Metal) single from 1977 was looped into the hip-hop track "Nur mir" (Only to Me), which Pelham produced for vocalist Sabrina Setlur in 1997.

The lawsuit now goes back over 20 years and is being watched with interest internationally.

On the one hand, the ECJ judges ruled in favor of Kraftwerk, stating that a permission needed to be obtained to sample another musician's song — even if the clip used is very short.

On the other hand, the court determined that if the sample was modified in "a form unrecognizable to the ear," the music producer's rights would not be violated. This could apply to Pelham's track.

Germany's Federal High Court of Justice is now to take the final decision on the case. 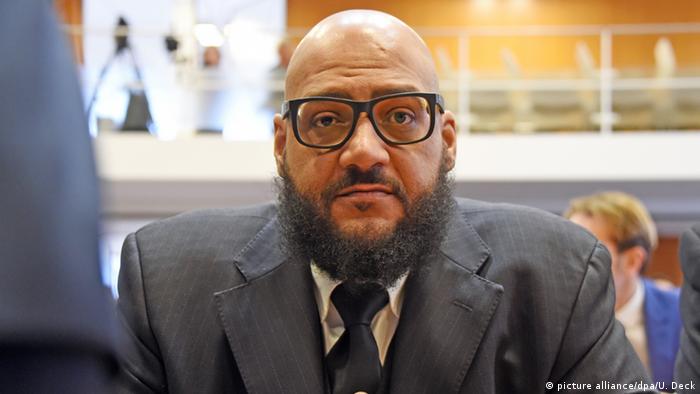 In his countersuit, Moses Pelham was supported by a number of other German artists

"If you're a good composer, you steal good steals," said the American composer and conductor Leonard Bernstein. Referring to one composer's appropriation of musical material by another, Bernstein meant that "good" composers of serious music were highly creative with what they "stole." 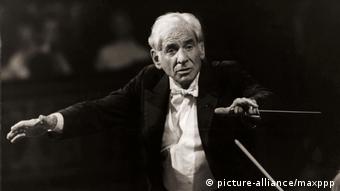 They all pilfered material, said Leonard Bernstein. But some did it better

It's common in every musical genre for melodies, harmonic progressions and characteristic rhythms to change hands — often without permission. Indeed, the issue of intellectual property rights in music has been occupying courts for decades, with the financial implications growing ever larger.

In sampling, when one artist expressly extracts and reuses another artist's material, copying is the point. Different court decisions on the matter have gone both ways, sometimes affirming intellectual property rights, sometimes creative freedom — leading many to wonder whether the courts are the best place to define the parameters of creative expression.

The Columbia Law School in New York has documented over 100 cases of music plagiarism, the most famous and drawn-out involving a Beatle: George Harrison's "My Sweet Lord" went through the courts for 27 years, with Harrison eventually paying $1.6 million (€1.4 million) in royalties to the band The Chiffons. The verdict: Harrison had copied one of their songs.

Harrison was not the only megastar to be ensnared in litigation. In his "Folsom Prison Blues," Johnny Cash was said to have rehashed the song "Crescent City Blues" by Gordon Jenkins and was directed to pay $100,000 to the original composer. 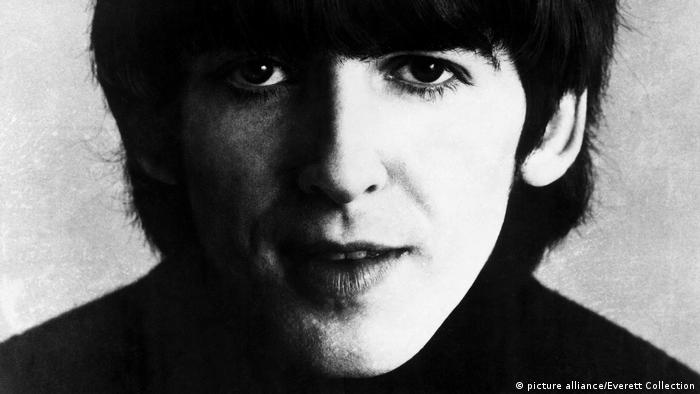 The case over Led Zeppelin's "Stairway to Heaven" — one of the most financially successful songs of all time that raked in $500 million in revenue — turned out fortuitously for the band: "Not plagiarized," read the verdict.

Shakira was less fortunate: in 2014 a US federal court determined that the singer had based her 2010 hit "Loca" on the song "Loca con su Tiguere" by Ramón Arias Vásquez, a singer from the Dominican Republic.

Also declared guilty, German rapper Bushido had to pay over €60,000 ($68,900) to the French gothic band Dark Sanctuary for having lifted 16 of their tracks without consent and calling them his own.

Accusations of plagiarism in the music industry are rampant; the more prominent the artist, the more likely the dispute. Bob Dylan, Paul Simon, Adele, Rihanna, Madonna, Beyoncé, The Beach Boys, Nirvana and Coldplay are among the accused.

The point of contention in most instances is reappropriated melodies, and software has been developed to help determine when a copy is a copy.

But one prominent case was about something more vague.

In 2015, hip hop artists Robin Thicke & Pharrell Williams were ordered to pay $7.4 million to the family of soul legend Marvin Gaye because their track "Blurred Lines" was determined to be too similar to Gaye's 1970s song "Got to Give It Up" — not in terms of melody but the groove, vibe or feeling. Should that verdict be taken as a precedent, the implications would be enormous.

In 2018, the estates of Gaye and his collaborator upped the sum, suing Ed Sheeran to the tune of $100 million. In "Thinking Out Loud" — with two billion clicks on YouTube, it's one of the most listened to songs of all time — Sheeran was said to have recycled the melody and rhythm of Marvin Gay's 1973 song "Let's Get It On." It's not the first time that the 27-year-old British singer has faced accusations of plagiarism.

The well hasn't run dry — yet

Litigation in the music industry is growing more frequent in a digitized mass media era where songs can be instantly compared, explained the American musicologist Nate Sloan in an interview with German public broadcaster Deutschlandfunk.

But could it be that pop music, which has now existed for about 70 years and reaches billions of listeners, is created along relatively narrow stylistic parameters and is therefore running out of material?

"I don't think so," says Sloan. "Mathematically speaking there are still countless ways to arrange tones into melodies and songs."

"Pop has to be catchy, have mass appeal and be accessible," Sloan adds. To meet these criteria, popular music is usually developed in teams. Although that does not prevent original ideas from emerging, naming the creators has become more difficult.

Read more: Scheming the way to a hit

A macrocosm of the modern pop music assembly line is the Eurovision Song Contest (ESC), to which a large number of countries invest considerable resources yearly.

Here artists and producers often pool their talents in songwriting camps that tend to follow a common strategy: A song must be pleasing from the outset, withstand high rotation and fit the taste of the masses while maintaining an element of originality.

The ESC has also had to address the issue of music plagiarism.

It was claimed that "Glorious," the song with which the band Cascada represented Germany in 2013, too closely resembled Loreen's "Euphoria," the entry from Sweden that had taken the title the year before. But "not plagiarized," said the specialists.

"Toy," with which Israel's Netta won the 2018 ESC, was a copy said the Universal Music Group, claiming that Netta had borrowed liberally from the hit "Seven Nation Army" by the band White Stripes. Netta did not have to give up her title however. 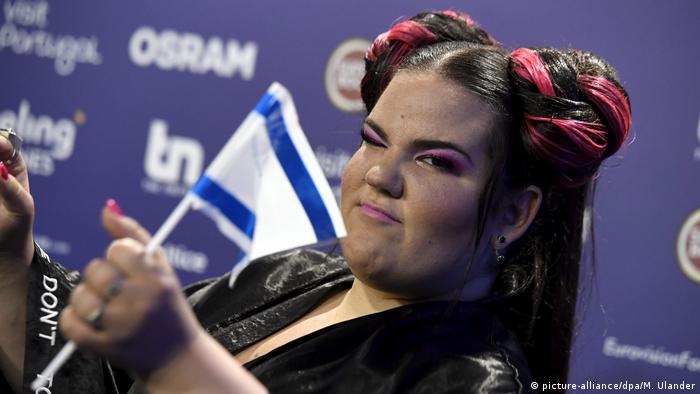 Netta's number sounded refreshingly original. But was it?

In jazz the mores are different. Here the stylistic criteria are broader and the use of external material far less restrictive. No jazz artist can be described without mentioning the five or six other artists that they borrowed from, or who more or less directly inspired them.

'On the shoulders of giants'

It's an open issue: where does inspiration end and plagiarism begin? Can criteria be laid down that delineates what artists can or cannot do? And if so, will a new wave of creative activity ensue? Or will the disputes go on, blurring lines, creating ambiguity and thwarting creativity?

Should trends continue, clarity seems an unlikely outcome. Plagiarism also affects other areas of public life such as academia and science.

Yet Isaac Newton's famous statement can be seen to hold true for all: "If I have seen further than others, it is by standing upon the shoulders of giants."

After a decades-long dispute, an EU advocate general has said that sampling is only permissible when the author approves. The legal dispute spanning more than 20 years could soon come to end and set a precedent. (12.12.2018)

Despite calls for boycotts, Israel's cultural center has been chosen to host next year's song contest. Tel Aviv was picked over the contested city of Jerusalem, which both Israelis and Palestinians claim as a capital. (13.09.2018)

Koons plagiarized a well-known French photographer for one of his celebrated porcelain sculptures, "Naked," a French court has ruled. The American star artist and the Centre Pompidou will have to pay over 45,000 euros. (10.03.2017)