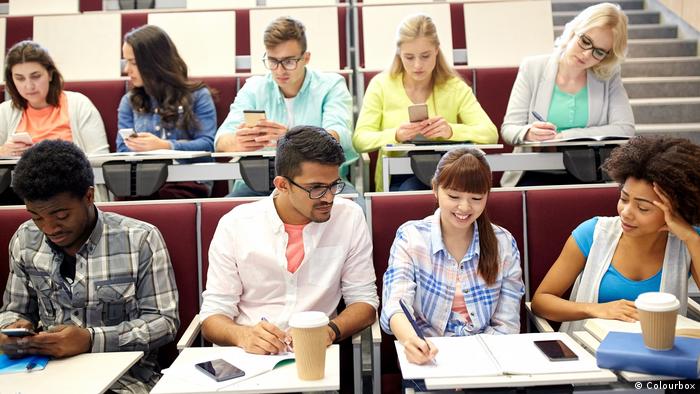 Shudder to think: I doubt I would have got through university if then was now. I was way too busy dreaming to even write most of my essays, let alone submit them to the scrutiny of an automated, anti-plagiarism tool online. Back then … well, let's just say the internet was not my go-to study aid. I used my computer — a crummy Macintosh Performa 6400 series — almost exclusively for making rubbish music demos that no one ever heard.

Good job I was a dreamer, though, because I could only have dreamt of lugging that gray tower around Cologne University's equally crummy Philosophikum in my butter-stained, army-surplus rucksack.

No such luck for today's students.

Today, you simply don't qualify as a student if you can't whip a be-stickered MacBook Pro — with Touchbar — out of some designer, skate apparel.

That's standard for students these days. And almost as standard as that is filing every paper you write via a tool, like Turnitin, that checks you've attributed every line and cited the original authors of any given work.

In fact, the tool won't just be like Turnitin, it probably most definitely will be Turnitin, because it's about the world's largest, "similarity check" service company, and it seems to be buying up — or "joining" with — competitors like Ephorus. There are others, of course, such as Urkund and Unicheck. 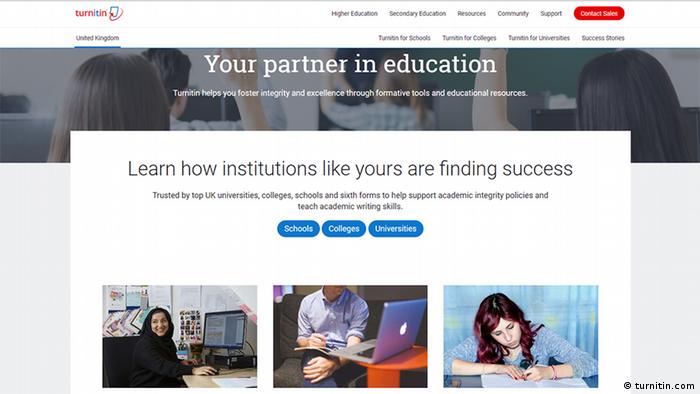 But whether you're in the US, Kenya, Asia, Australia, the UK, Netherlands, or elsewhere in Europe, like plain old Germany, chances are your faculty will make you use Turnitin.

"Most systems match against the internet and they use third-party search engines to do that," says Turnitin's Chief Revenue Officer, Marc Daubach. "It used to be Yahoo! before it shutdown the service, and now most people use Bing. But we've built our own repository — we've been crawling the internet for almost 20 years now — so we rely on our in-house technologies."

Daubach says that means they can check your work against historically indexed web pages — basically, things that may have disappeared from the internet. And a standard search engine won't give you that.

One look out the window will remind you, we're living in what modern parlance likes to describe as a new post-truth era. I don't buy that, necessarily, but we'll run with it. So there's this thing called fake news, and social media allegedly fudging elections, et cetera, and presidents who can say what they want.

But the problem with plagiarism in academia reared its ugly hairdo long before Drumpf flooded your feed.

In 2011, a slick German aristocrat called Karl-Theodor zu Guttenberg was forced to resign from his position as defense minister amid accusations that he had "doctored" his PhD thesis. The University of Bayreuth stripped him of his doctorate.

That gave rise to VroniPlag Wiki, an online tool that scans for plagiarism in German doctoral theses and other works of scientific research. 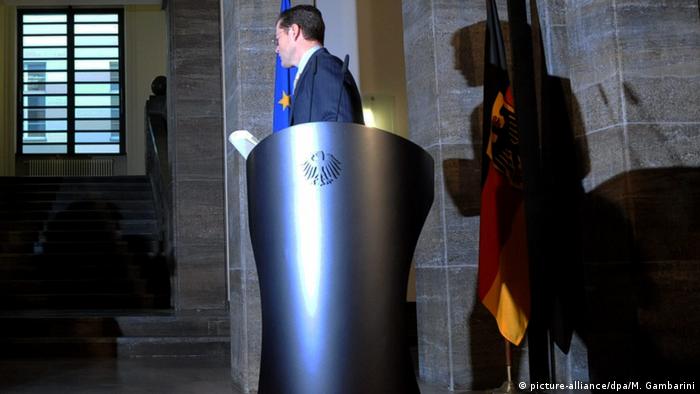 It has helped bring down a number of politicians, including a now former education minister, Annette Schavan. So the problem is pretty deep.

"Software is very useful as a preliminary screening device for large quantities of texts and for the quantitative dimension of text matches," says Dr. Carl-Friedrich Stuckenberg, an Ombudsman for Good Scientific Practice at the University of Bonn.

Stuckenberg is also an expert in international criminal law. He says that while the law faculty uses Turnitin for term papers, "neither I nor the commission use software because we deal only with individual cases, not hundreds of written exams."

So if a first-line analysis raises questions over the integrity of a text, it will undergo a qualitative examination by hand as it were to see whether any similarity matches are relevant for its scientific originality or not.

"It's about ascertaining whether we really have a case of plagiarism or not. To date, only humans can do that," says Stuckenberg. "Software is far from being able to deliver reliable 'technology-driven decisions,' except maybe for the dumbest cases of copy-and-paste take-home exams." 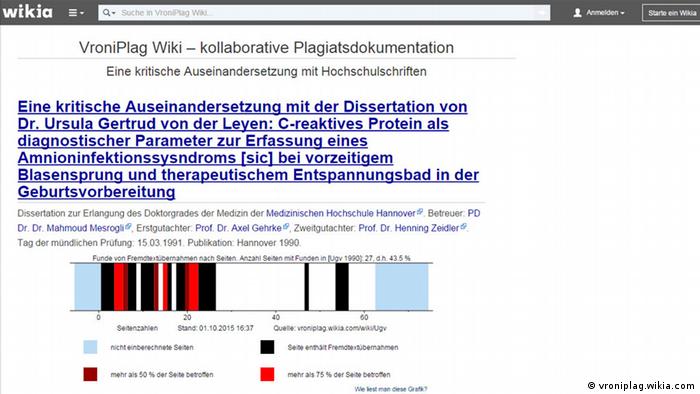 Exams are another case in point. There are "proctoring services" that make it possible for students to sit tests when and where it suits them.

One such service, B Virtual, describes online proctoring as "a digitally supervised online exam administered through the internet and student's web camera."

If I'd had to take proctored online exams in my time, I would have tried to cheat galore.

But they do make it hard for you now.

Whether your institute uses B Virtual, ProctorU or Proctortrack, your computer becomes their eyes and ears. It's a bit like a "smart" Samsung TV, I guess.

Online proctoring can be fully or partly automated. You might, for instance, logon to the service, book a slot, grant a "proctor" access to your computer desktop, chat to them via video, and swivel your webcam around so they can see you haven't pinned any crib sheets to the wall.

It's convenient, sure. And both online proctoring and similarity checks like Turnitin are potentially transforming people's access to education and academic qualifications. 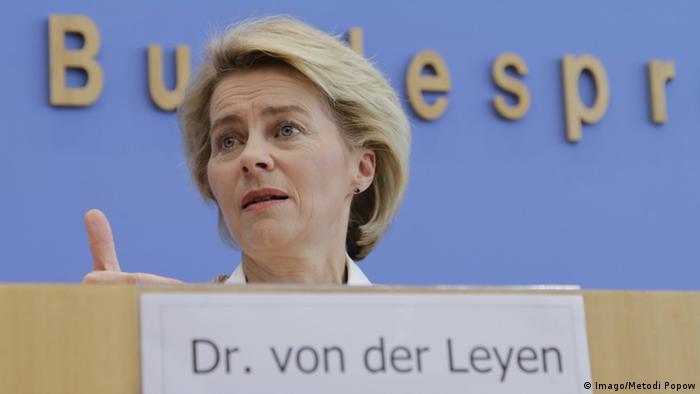 But these technologies also reduce any benefits you might have accrued from learning in a group. That's one thing that I sucked up at university — good old-fashioned analog group dynamics, sparring with ideas, and then the buzz of everyone having to sit that dreaded test together.

There are practical concerns, as well. I've heard of situations where the server gets overloaded close to your deadline because everyone in your class is trying to run a Turnitin review at the same time — like all at the last minute. Now, if you can't get out of bed, that's not Turnitin's fault and they can't fix it either (although I'm glad some things don't change).

But these services might up your "plag-rate" if, for instance, they spot similar page numbers — not page references, but actual page numbers. So if one of your friends also has a page one in their paper — and there's a good chance of that — it might get flagged up on yours. It might also pick you up for using the same books, even if you were told to use them. They are similarities, after all.

Then, this being the 21st Century, there are privacy concerns.

Answers on a postcard, please. 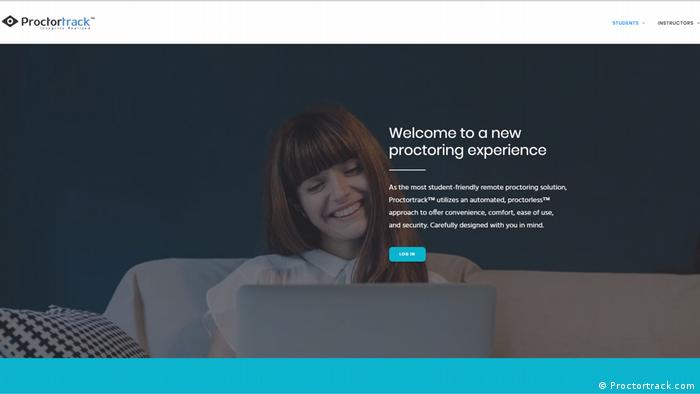 Because one thing is clear: The more that universities use digital platforms to check against cheating in exams, or verify papers for truth, plagiarism and authenticity — that will be the only way for you to get a degree. While it's true that the bigger the system, the better it is and, as Daubach points out, "universities can't afford the risk of a scandal," the very use and veracity of the system itself will become self-fulfilling, as will your privacy.

"Look, you want your privacy and I want my privacy. But the question is whether what you're getting back from the system is worth your giving up something in return. And as long as I've got the upper-hand, the control, as a student, I would see this as my friend," says Daubach, who believes Turnitin will teach students to learn differently.

Turnitin, he says, wants to be a "formative" rather than a punitive tool.

"When this started, it was oriented to spot-checking, punitive action. But we're now investing more in machine learning to see how these insights can help communication between students and instructors," says Daubach. "About 7,500 schools use our system and they're not using it for punitive action. They're using it to help kids understand that when they copy something, they should credit where it is due."

Back in Bonn's law faculty, Stuckenberg is not so sure.

"Since cheating has always been endemic in Germany, from high school on, practically everybody knows what plagiarism is before they learn the word," says Stuckenberg. "The fact that their papers are checked may serve as deterrent. And it seems to work — or [the cheats] are getting cleverer."

Singer Lana Del Rey said that she's being sued by British band Radiohead, who find that her song "Get Free" is too similar to their breakthrough hit, "Creep." Radiohead's publisher denies legal action. (11.01.2018)