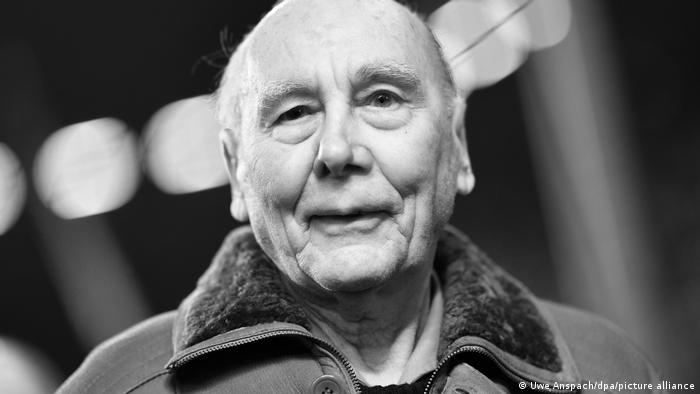 The German Football Association (DFB) announced on Friday that Horst Eckel, the last living world champion from 1954, had died at the age of 89.

Eckel was a pillar of the West German football team that won the 1954 FIFA World Cup after pulling off the "Miracle of Bern." The team defeated favorites Hungary 3-2 in the final after trailing 2-0.

"At the final whistle, we knew we were world champions. But we didn't realize what that meant to the people back home until we stepped on German soil again. It was a great reception," Eckel once recalled.

However, being called one of the "heroes of Bern" had always bothered him. "I remained a completely normal person," he said.

Famed for speed and work rate

The Kaiserslautern right winger was the youngest member of the team captained by Fritz Walter.

Nicknamed "the greyhound," he became an important pillar of coach Sepp Herberger's team during the tournament thanks to his high defensive work rate and passing skill.

While most of the 1954 world champions were still alive, Eckel was sometimes overshadowed by bigger names from the squad. However, after the death of Hans Schäfer in 2017 he was left as the only remaining member.

Eckel was twice a German champion, in 1951 and 1953, with Kaiserslautern and he changed clubs only once - Röchling Völklingen in Saarland in 1960.

Trained as a toolmaker, he studied art and sport after his time as a player and worked as a high school teacher from 1973.

'Miracle of Bern' on stage in Hamburg