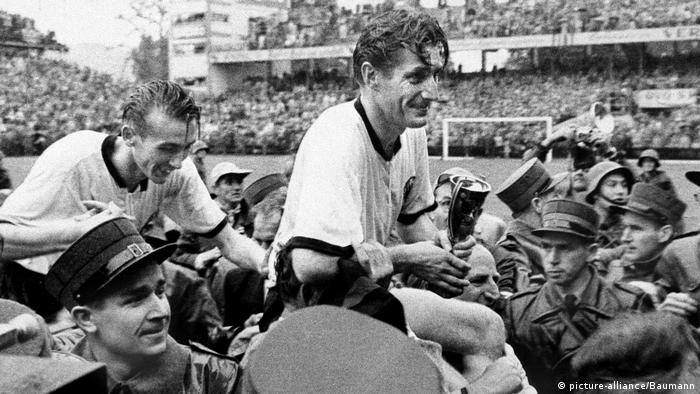 As Ferenc Puskas lined up for the 1954 World Cup final, the world's greatest footballer at the time stood opposite a man trained as a banker who also ran a laundrette.

West Germany captain Fritz Walter and his team had overcome hefty odds just to be at the Wankdorf Stadium in Bern, Switzerland, and few gave them any chance against the Mighty Magyars of Hungary.

The Germans were semi-professional at best, required by the German football authorities to hold down a ‘proper' job alongside their club contract to kick around a ball.

Opponents Hungary, meanwhile, were undefeated in four years, boasted some of the standout stars in world football and were a professional outfit.

The stage was set for a mauling, but what occurred was perhaps the greatest upset the World Cup has ever seen. And one that simultaneously helped rebuild a nation's identity. 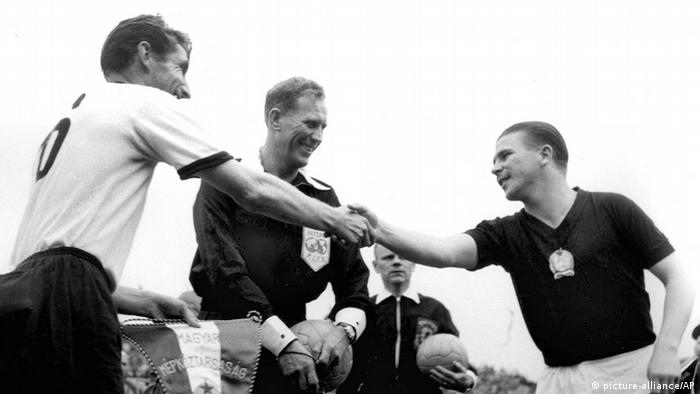 Back home, the country was in turmoil.

The after effects of World War II had been catastrophic as Germany was split into four zones and lingering sanctions from the Allies restricted economic growth.

Morale was at rock bottom as Nazi supporters and detractors were expected to live alongside each other as neighbors, and children were forced to reckon with their parents' generation's shameful past.

They needed a miracle, and while sport will always take a backseat during times of crisis, it still has that curious ability to reemerge and bring people a comforting escape when the time is ripe.

The "Spirit of Spiez”

Without the star power of their competitors, West Germany had to find a different way to win. Coach Sepp Herberger, who had been in charge since before World War II, set about forging a tight-knit squad. Herberger relied heavily on 1953 German champions Kaiserslautern to form his squad's core, including Fritz Walter. The technically-gifted playmaker had an acute ability to read and influence a match and became central to Herberger's plans.

From there, the coach added players whom he felt would add to the team spirit. That included the leftfield choice of Helmut Rahn, a former coalworker whose outgoing personality was anything but professional, yet nevertheless lightened the camp's mood.

The team based themselves in a town on the shore of Lake Thun, just south of the Swiss capital. And it was here that West Germany developed the romanticized "Spirit of Spiez”, which powered a historic World Cup run.

West Germany surprised many as they knocked off opponent after opponent. They beat Turkey twice (4-1 and 7-2) to make the quarterfinals before defeating Yugoslavia 2-0 in a defensive masterclass and trouncing Austria 6-1 in the semifinals.

But their opponents in the final looked unbeatable. Boasting not just Puskas, but central playmaker Nandor Hidegkuti, frontman Sandor Kocsis, and winger Zoltan Czibor, Hungary were dazzling the world with their attractive, attacking brand of total football.

Unbeaten in 30 matches before the final, they'd outclassed England 6-3 and 7-1 in the months before the World Cup and carried that high-scoring form into the tournament.

In fact, Hungary had already embarrassed West Germany 8-3 in the group stages. Thanks to a bizarre format, Herberger had been able to rest eight of his players, safe in the knowledge the result wouldn't affect their fate.

Nevertheless, the gulf in quality was so large that no one gave the West Germans a chance, even with their first team. 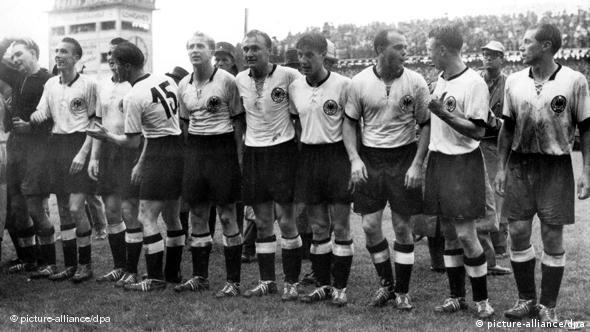 "We knew that if we played to 100 percent of our strengths we could beat Hungary,” midfielder Horst Eckel later said. "Herberger prepared us and set us up so that we could win."

The match started on script, as Hungary found themselves 2-0 up after just eight minutes.

Puskas tapped home the first when a deflected shot fell kindly to him, and Czibor nipped in to score the second after Werner Kohlmeyer's dreadful backpass to goalkeeper Toni Turek.

Rather than stun the Germans, the setback spurred them into action, as forward Max Morlock famously screamed "Now let's show them!”.

In the 10th minute, Rahn whizzed in a low, speculative shot-cum-cross from the left and Morlock was on hand to slide the ball home.

And after just 18 minutes, the scores were level at 2-2. Rahn ghosting in at the far post from a corner to half-volley the ball home with an outstretched foot. 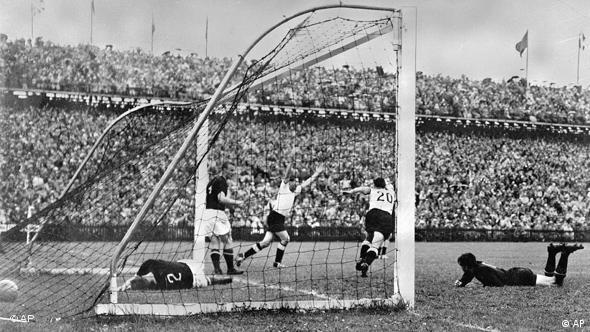 A Hungarian onslaught ensued, as Turek denied Hidegkuti twice, the Magyars hit the woodwork three times, and Kohlmeyer made up for his first-half error by clearing off the line.

Step forward, Rahn, one of the original bad boys of football whom Herberger had elevated to the first 11. On 84 minutes, he collected possession at the top of the box, feigned to shoot with his right before cutting back onto his left and nestling a low effort into the corner of the net.

There was still time for a Puskas disallowed goal for offside and another outstanding Turek save from Kocsis in the dying minutes, but West Germany were world champions, against all the odds.

"All over the world we were not recognized politically, economically, and athletically," Eckel told football magazine 11 Freunde in 2011.

"After this victory we were suddenly someone again. The people in Germany didn't say that Herberger's team became world champions, but that ‘we' did."

The victory no doubt set the precedent for West German teams to come, as they won two more World Cups and two European Championships before reunification in 1990.

But it extended much further than that.

"It brought a sense of togetherness. It gave West Germans a sense of identity,” Hesse said."To show people what this country could be, and what it could be to the outside world." 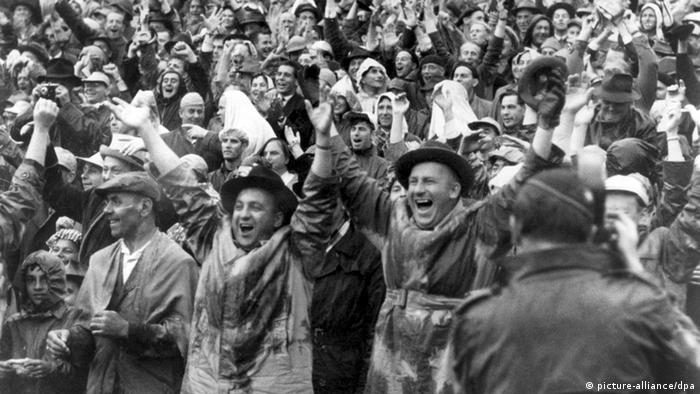 As the team returned home, their train was constantly delayed as fans streamed out of their homes and crowded the track to celebrate with their new-found heroes.

"Suddenly Germany was somebody again,” said Franz Beckenbauer, who later won the tournament as a player and coach. "For anybody who grew up in the misery of the post-war years, Bern was an extraordinary inspiration. The entire country regained its self-esteem."

Pride and patriotism was given a brief moment to flourish in a downtrodden and divided nation. And psychologically, many feel it instilled the belief necessary to rebuild a nation.

The Economic Miracle quickly followed as West Germany regained its footing, forever intertwining the two as monumental events in the nation's history.

The Miracle of Bern remains, for many, the country's greatest sporting achievement, chiefly because it meant so much more than just a simple football game.

German national team players have donated €2.5m to causes related to the coronavirus pandemic and called for society to stick together. Head coach Joachim Löw said "the world has suffered a collective burnout." (18.03.2020)

Many Germans will never forget summer 2006, when Germany hosted the World Cup. But its legacy is at risk, as a trial over suspicious payments opens against three men who worked for the DFB and helped land the host bid. (09.03.2020)