An increasing number of Hong Kong residents have said they no longer see a future for themselves in the city. A new China's national security law appears to be convincing even more people to leave. 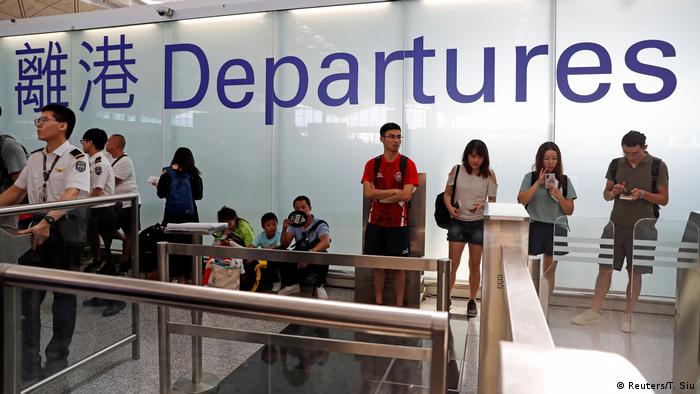 After its approval by China's National People's Congress, a national security law for Hong Kong is due to come into effect at the beginning of next year.

This will likely accelerate a process that has been developing in recent years: More and more people choosing to leave the former British colony. Although it has enjoyed autonomous status since the 1997 handover, when China resumed control of the territory, it has witnessed a slow erosion of its freedoms in recent years.

Members of Hong Kong's pro-democracy protest movement fear that the new legislation willfurther tighten Beijing's grip. Many ordinary residents in the financial hub of 7.5 million are also worried that Hong Kong offers little future to them and their families.

Some 50,000 people emigrated in the last two quarters of 2019, a time of protests and escalating violence.

In December, 20,000 people applied to the Hong Kong police for a Certificate of No Criminal Conviction, which is a mandatory document for anybody hoping to emigrate. This was a 60% increase over the same period in the previous year.

'I want to emigrate'

Josephine, a 30-year-old journalist born in Hong Kong, told DW she had taken part in the protests against the government and the extradition bill that was eventually retracted late last year. She said that she had intended to stay in Hong Kong despite Beijing's tightening grip. However, she changed her mind overnight after the National People's Congress' approval of the national security law for Hong Kong.

"I would never have believed that the residents of Hong Kong would one day become refugees," she said. "I want to emigrate." 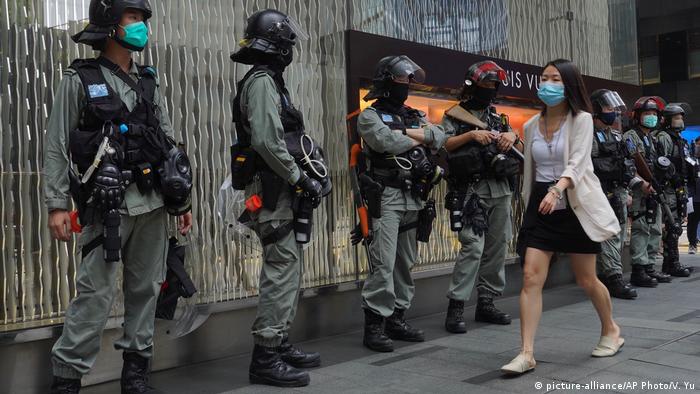 She said that after the announcement there was a despondent atmosphere in the newsroom where she works. "My colleagues and I were stumped. We had assumed that there would be a security law for Hong Kong sooner or later, but we were surprised that Beijing wanted to push it onto us like this." She said even some pro-Chinese politicians were taken aback by the move.

Mr. Chow, who works in a Chinese bank, said he is also pessimistic about Hong Kong's future and wants to emigrate, ideally with his family to Canada. He told DW he had been thinking of leaving Hong Kong for a long time and the announcement about the new law had solidified his resolve.

"All kinds of offenses could be used to restrict civil rights," he said. "It will no longer be possible to guarantee freedom of speech at work, at home or online. I am already very cautious about expressing myself in public now." 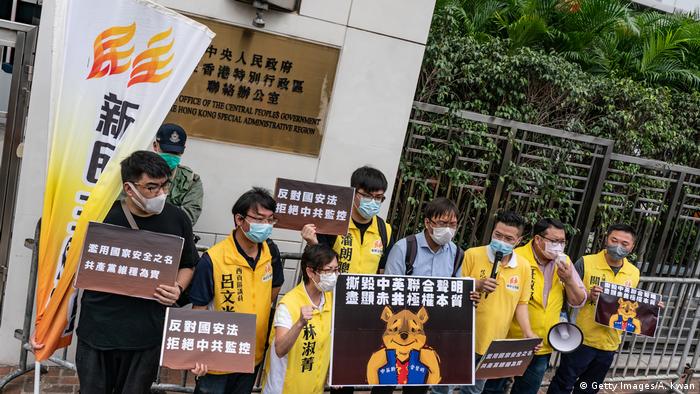 He also said he did not want his son, who is now only two, to be subjected to random police violence later on in life if he takes part in a demonstration. He said that he had not forgotten the violent crackdown on the student and pro-democracy movement on Tiananmen Square in Beijing in 1989.

"Beijing wants complete control," he said, expressing doubts that peaceful demonstrations or debates in Hong Kong's parliament would be tolerated in the future. Nor did he think that sanctions from the West, as some politicians have called for, would help.

China has said the law is required to tackle terrorism.

John Hu, who works for an agency that is specialized in emigration to Canada and Australia, told DW that over 20 affluent clients had contacted him in the past four days: "Many of them hesitated to leave in 2019, but now they want a quick solution. They want to get out super fast."

Taiwan is another option for many people looking to leave Hong Kong, even though Beijing has also been trying to restrict that island's autonomy and freedoms.

Shirley Cheung works for an agency that facilitates emigration from Hong Kong to Taiwan. People who are willing to invest large sums can apply for residence status relatively easily. She said she had received over 200 requests last weekend.

"Many people seem to be in a hurry. They are not even asking what they need to invest for Taiwan and what the agency fees are. This is unusual for business-minded Hong Kong residents," she told DW. "Many of them wanted to sign a contract immediately, to start the process as quickly as possible."

Demonstrators in Hong Kong are protesting a bill that would make it illegal to abuse the Chinese national anthem. Police have fired pepper ball rounds into crowds that tried to gather near the city-state's legislature. (27.05.2020)